Construction for additions to Commons Shop will come after spring break 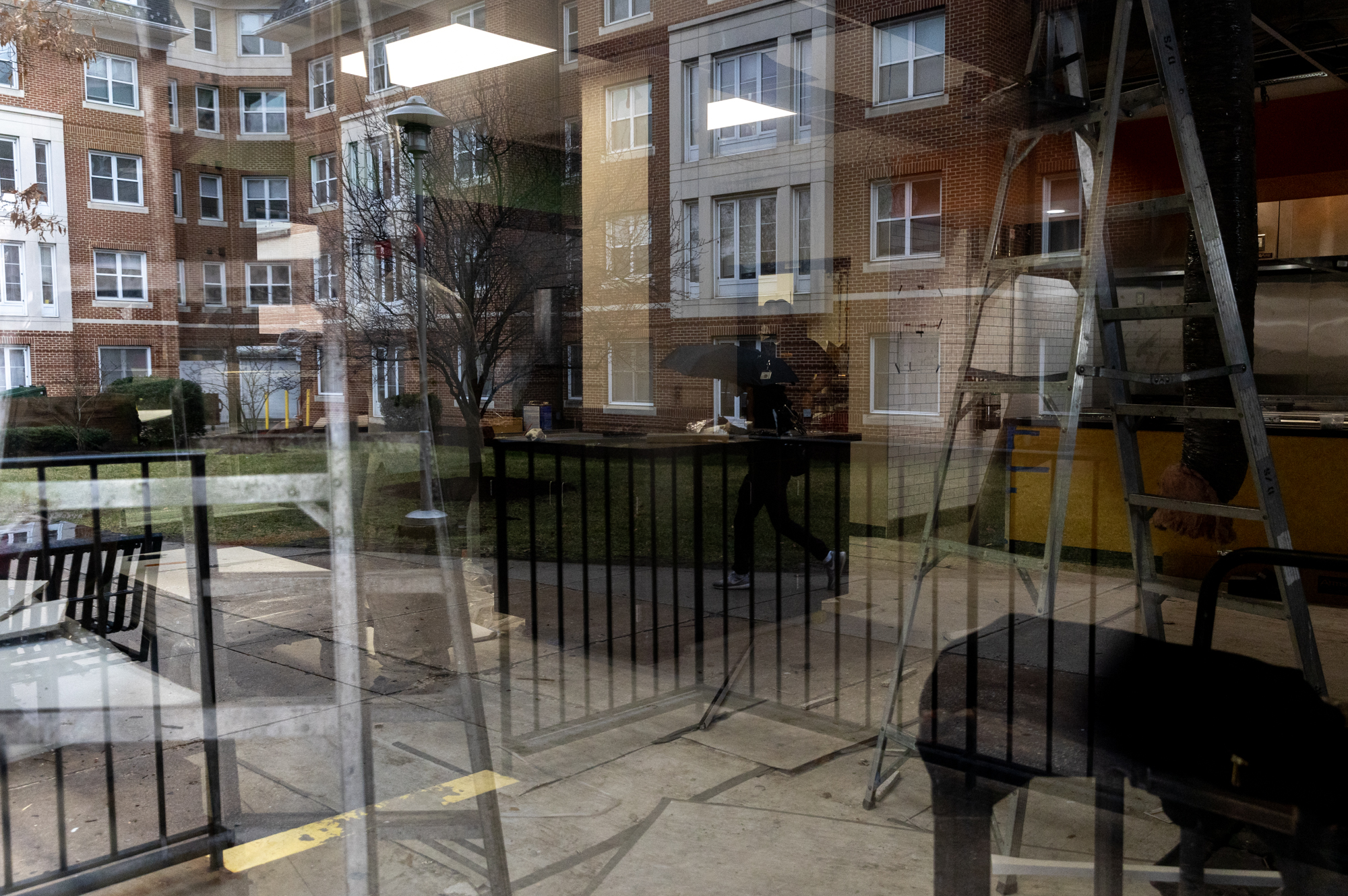 A student walks past the Commons Shop as construction continues inside on the South Campus Grill. (Julia Nikhinson/The Diamondback)

After facing construction delays, new additions to the Commons Shop, which include a coffee bar and grill, may arrive after spring break, according to Clarence Patterson, a Shops at Maryland general manager.

The coffee bar will serve coffee, paninis, pastries and other items. The grill will have a soda fountain and serve wings, burgers and more, according to an email from Dining Services spokesperson Bart Hipple.

“We were really eager to have the front station open with the coffee bar with the grill and there’s a beverage station there,” Hipple said. “We think that students will really like having accessibility to that kind of food later in the evening.”

The Commons Shop has been under construction since the fall 2021. Hipple said Dining Services originally planned to open the grill and coffee bar in the fall semester, but pushed the opening to the start this semester.

When the start of this semester came around, the construction wasn’t finished yet due to delays with gathering necessary parts for the shop’s ventilation system, according to Patterson. Construction workers tasked with building the shop’s new stations also had to prioritize other projects on the campus.

The Prince George’s County Health Department requires a hood — a kitchen appliance that brings smoke out of a building — inside the shop. Dining Services ordered a hood, but it never arrived to the campus because it got lost in transit, Hipple said.

Since then, Dining Services was able to find another hood to satisfy health requirements, according to an email from Hipple.

“There are other things that cannot happen until that happens,” Hipple said. “Once the hood is in place, the rest of it will take time but it should go very smoothly. We have all the parts we had to know exactly what to do and who’s going to do it.”

While the coffee bar could work without a hood, Hipple said it would have to be temporarily shut down for repairs to add the hood.

“It’s not that bad,” Patterson said. “We know most of the guys doing construction … We pretty much stay out of each other’s way.”

Samantha Ferguson, a freshman enrolled in letters and sciences who frequents the shop multiple times a week, said the construction is an “eyesore.” Furgeson believes there are enough coffee shops on the campus and another one isn’t needed.

“We have too much construction at this school,” Ferguson said.

Elana Renbaum said she doesn’t mind the construction at the South Campus Commons shop. The freshman journalism major said she would appreciate another cafe on campus — even if it was a grab-and-go-style cafe.

“It’d be really nice if there was one kind of in South campus,” Renbaum said. “I feel like the only option right now is McKeldin, and that’s always pretty crowded and busy.”