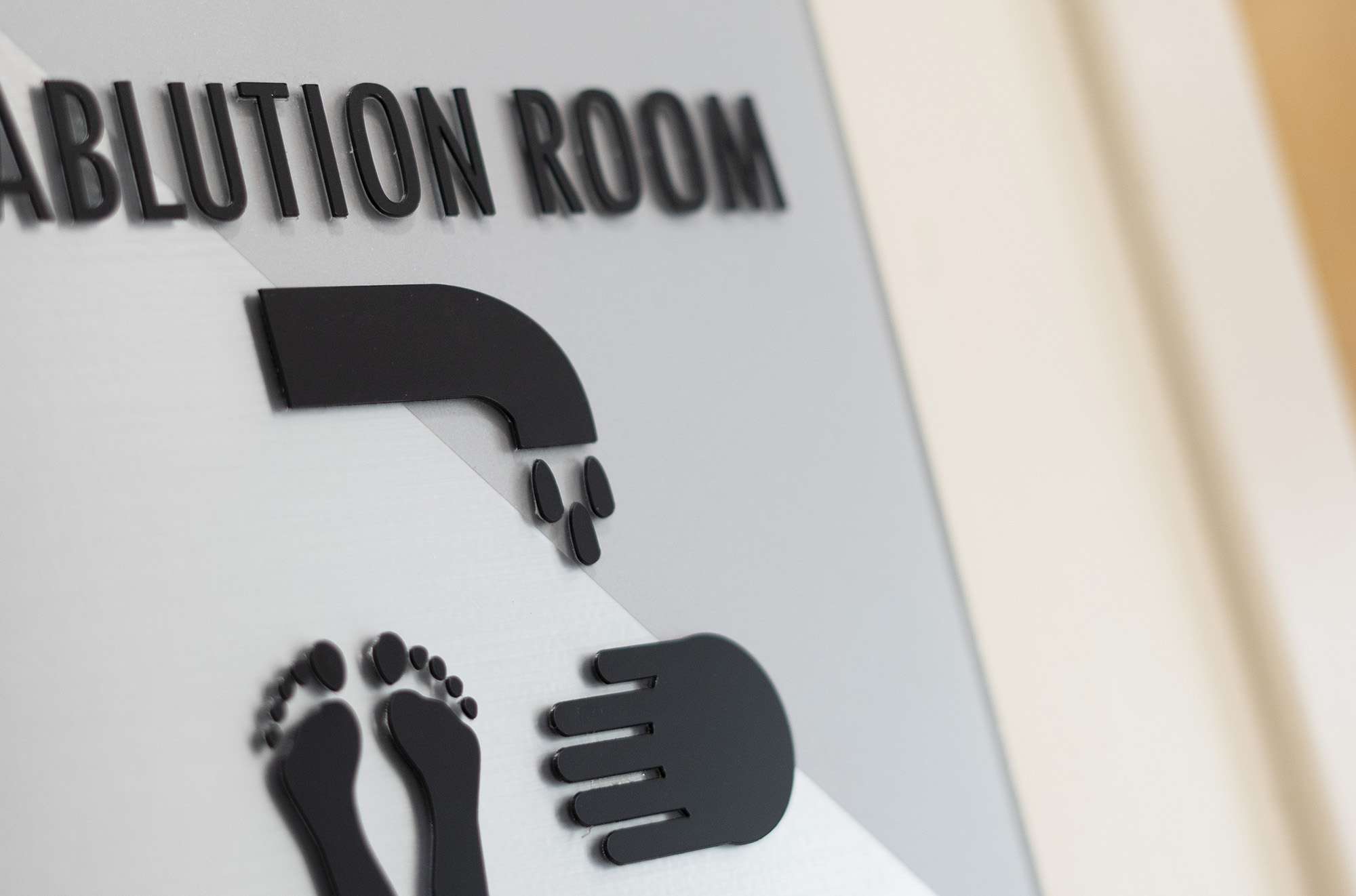 An ablution room opened in Stamp Student Union last week to provide Muslim students and other community members a private space to cleanse themselves before prayer.

The room has private washing stations for the purification process before five daily prayers. For Muslims, washing parts of their body before prayer is an important part of their faith and signifies cleanliness, as dictated in the Qu’ran, the holy book of Islam.

The first step in the purification process is to wash their mouth three times. It’s followed by washing the nose, the face and both arms three times. Hair, ears and neck are also washed, and around the ankles must also be washed.

Senior bioengineering major Moussa Haddad, president of the Muslim Student Association at the University of Maryland, said being able to pray in the proper manner and complete the purification process is one of the Muslim campus community’s highest priorities they pushed for.

“Our entire community is very, very appreciative and thankful that we have a campus that actually listens to our voice,” he said.

Before students had access to the ablution room, Haddad said they would have to put their feet in the sinks on campus during the process.

People would often receive stares while washing, but the new space allows for privacy and for people to sit down properly for the purification process, Haddad said.

The idea for an ablution room has been years in the making, Haddad said, even before he was a student at the university.

Denise McHugh, the Memorial Chapel manager, said she worked with Tarif Shraim, the Muslim chaplain at this university, for the ablution room. The chaplains have wanted to add an ablution room to give the Muslim community an easy and convenient way to wash before prayers, McHugh said.

She said the ablution room being in a public space such as Stamp also serves as an educational tool for people to learn about the traditions of different faiths.

McHugh said she’s honored to be a part of a community that puts high value on diversity, including religious and spiritual diversity. For her, the ablution room is a sign of that.

“It really flows wonderfully with the fact that we now also have an updated prayer space for our Muslim students in [Cole Field House],” she said.

Director of Stamp Dr. Marsha Guenzler-Stevens said Stamp staff started talking to MSA and Shraim to figure out what features the ablution room would need and how it could be accessed conveniently. The ablution room is located across from Hoff Theater in Stamp, a location chosen to remain close to the MSA prayer room in Cole Field House.

Guenzler-Stevens said Stamp staff looked at models at other Big Ten universities that already had ablution spaces to compile ideas.

The MSA posted a TikTok video of the ablution room opening, which has more than 190,000 views. Yaseen Muhammad, a junior information science major, thinks the reason it went viral was that the room isn’t a common thing in the United States for MSA chapters at other universities.

While Muhammad said he would like to see more ablution rooms on campus, having an ablution room at this university makes him feel special because it gives him a space to prepare himself for prayer without being stared at.

“Even though it’s just a little room where you wash yourself, I think everyone felt excited and ecstatic to have a place where they can easily clean themselves for prayer,” Muhammad said.

CORRECTION: A previous version of this story misstated the first step of the ablution process. The first step is to wash your hands three times. This story has been updated.