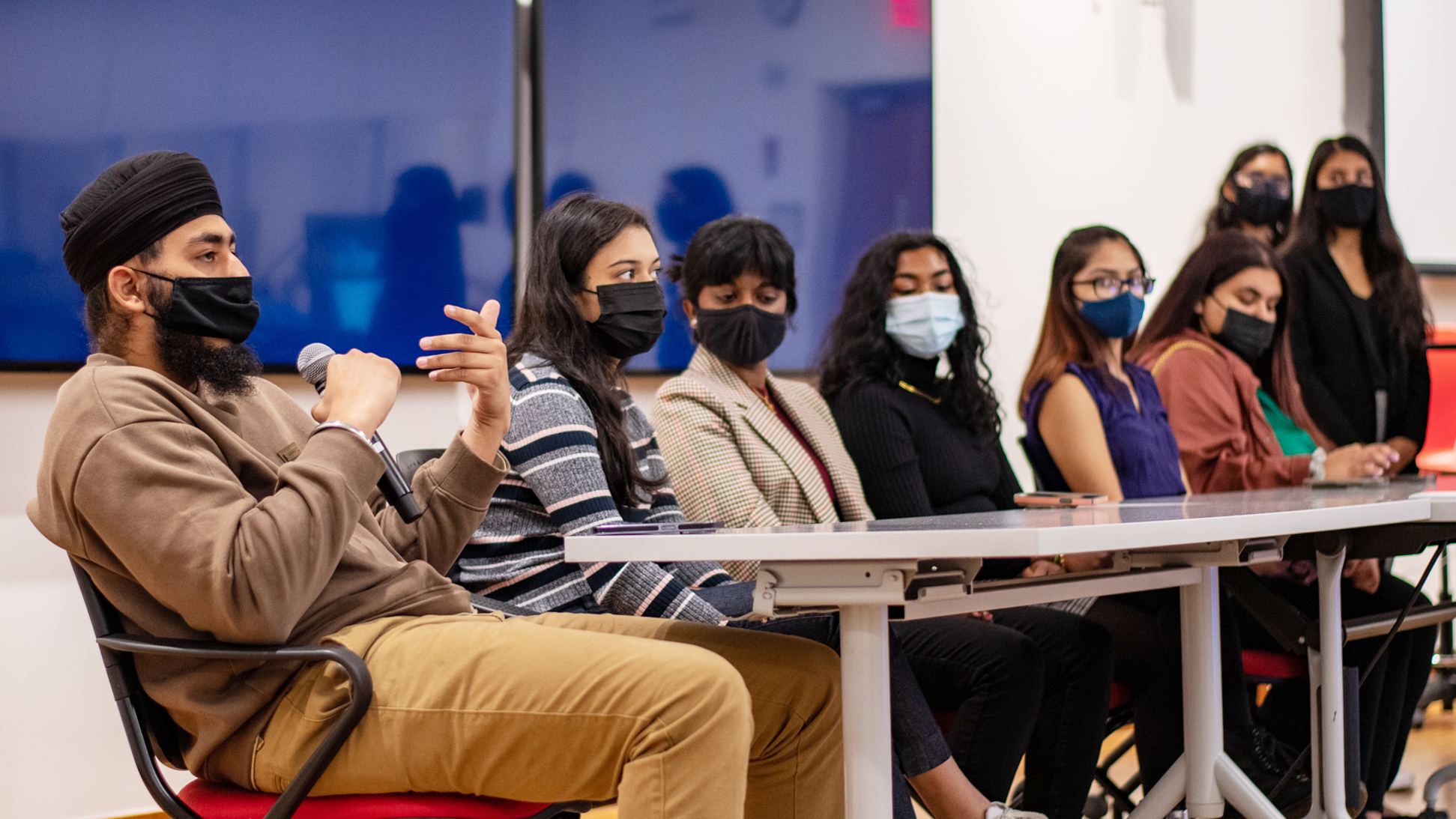 By Olivia Wolfson
For the Diamondback

Multiple South Asian cultural and religious student groups discussed the importance of their faiths and identities at an interfaith panel on Thursday.

This university’s South Asian Student Association hosted the discussion at the Edward St. John Learning and Teacher Center. Panelists included speakers from the Hindu Students Council, the Muslim Student Association, the UMD Design Movement and the Sikh Student Association. The event also included a Q&A portion where attendees could share their personal stories about their religion and identity.

The panelists discussed their religious upbringings and how they continue to stay true to their faith while in college.

Aanisah Husain, a sophomore journalism major, said she grew up in a Muslim household, but attended Catholic school. Husain said she did not really take the time to learn about her faith because she felt different. However, during the COVID-19 shutdown, she learned about Islam and now has the opportunity to learn more while in college.

“I’ve been getting more heavily involved with praying,” Husain said. “I am just starting to learn more about it because I’m surrounded more by people that are like me.”

Others also shared personal stories about their religious experiences in college, including coming to terms with their relationships with their faiths.

Sam Kurapaty, a senior neurobiology and physiology major, said the overwhelming adjustment that came with her freshman year initially affected her belief in God.

“I have learned to be okay with my plans changing,” Kurapaty said. “Even if it’s different from what I planned, I know I’ll be good.”

Upneet Bir, a senior computer science major, spoke about how being a member of the Sikh community has helped him deal with the anxieties of college.

Bir also mentioned how his faith brought forward a sense of community among fellow Sikhs at this university.

“Now I can share my experiences with them and get advice from people that are older than me — and also have a guiding light.”

Varunaa Kumar, a senior bioengineering major, didn’t feel as strong a connection with her Hindu faith during her younger years.

“As a kid I think I just blindly followed my parents,” Kumar said. “I didn’t really understand what religion was.”

However, the pandemic changed her outlook on her religion.

“When I first joined college I put religion on the side,” Kumar said. “With the pandemic, I got back in touch with my roots and realized what does my religion mean to me.”

The panelists also emphasized the importance of having their own opinions and informing themselves on social issues while still respecting others. They spoke about the importance of not pressing religion onto others, but respectfully trying to encourage others to explore their faith.

Later on, the panelists spoke about dealing with feelings of wanting to belong as both minorities within America and as minorities within their own religions. Sarah Martin, a senior neurobiology and physiology major, said there have been times when other Christians have avoided her because of the color of her skin. The panelists encourage having difficult conversations and educating others to handle these types of situations.

Rohana John, a sophomore psychology major, said she noticed the university does not offer many resources or outlets for its South Asian students to express themselves.

“I think it would be really cool to see more South Asian events pop up over the years,” said John. “I think just more inclusion is important.”