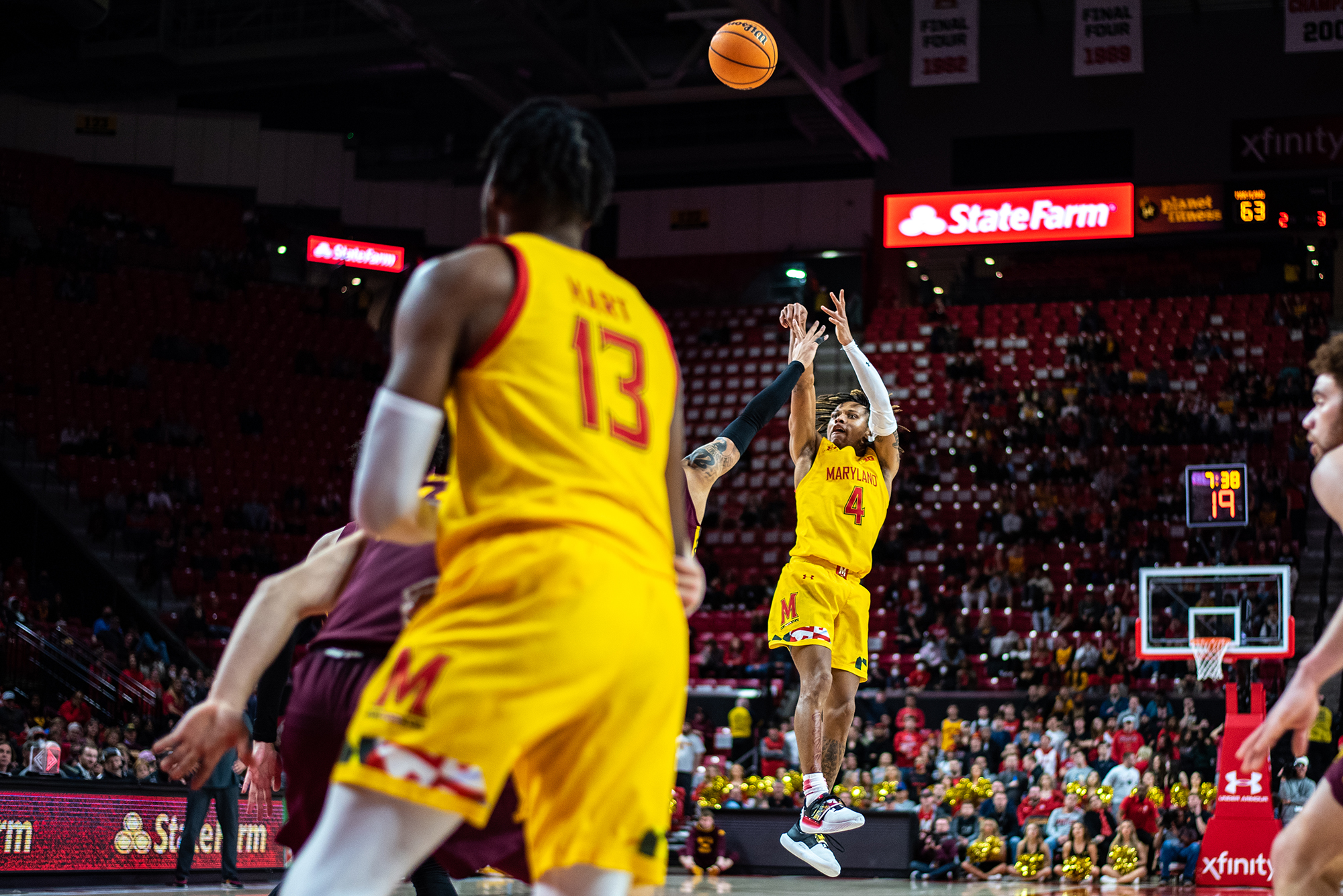 A slow start with a dramatic second-half recovery is something Maryland men’s basketball is used to. A rollercoaster of significant deficits and leads was the story of the middle stretch of the Terps’ conference slate.

But they never started as slowly as they did in East Lansing, Michigan, Sunday. And their most disappointing start couldn’t have come at a worse time.

Maryland took shot after shot in the early goings of the opening half against Michigan State. Each one clanged off the rim or missed it entirely. The Terps’ first points of the game came at the free-throw line after Hakim Hart was fouled on an attempted shot.

Hart only made one of his free throws.

Maryland had just one point nearly six minutes into the game. And the Terps didn’t sink their first field goal until three minutes later when Hart delivered again on a fast-break layup.

All the while, the Spartans cashed in. They racked up 18 points in the time it took Maryland to make three.

“We have to make sure we don’t put ourselves in that situation moving forward, that’s just way too big of a hole to overcome,” interim head coach Danny Manning said.

After falling into that hole and never fully recovering despite second-half rallies by Fatts Russell and Eric Ayala, the Terps earned the program its first losing regular season since 1993.

And avoiding a huge deficit is more important now than it has been all season — Maryland will face off against Michigan State for the third time in the second round of the Big Ten tournament.

Before their meeting on Sunday, the Terps and the Spartans were trending in opposite directions. Maryland had won four of its last five games before playing Michigan State, which had lost five of its last six before the Terps came to town.

Manning’s squad took off on a 19-2 run to bring itself within three points of Michigan State with 5:20 to play. But the Terps couldn’t score consistently for the rest of the half to stay involved and potentially secure a win.

Maryland does have to play Michigan State again, though. The teams will face off Thursday in Indianapolis in the single-elimination Big Ten tournament.

The Terps have fallen to the Spartans twice — one loss significantly less demoralizing than the other. Maybe, after seeing its playing style in a dominant win, Maryland will have Michigan State’s number. However, after losing to them twice, it seems more likely the Spartans have the Terps’.

After his team’s second-half performance, Russell is confident in Maryland’s ability to bounce Michigan State from the Big Ten tournament, despite the risks that come with playing the same team back-to-back.

“Michigan State’s always a tough team, but we’re confident going into this tournament,” Russell said. “We felt like we fought in the second half, we just gotta put the whole 40 together.”