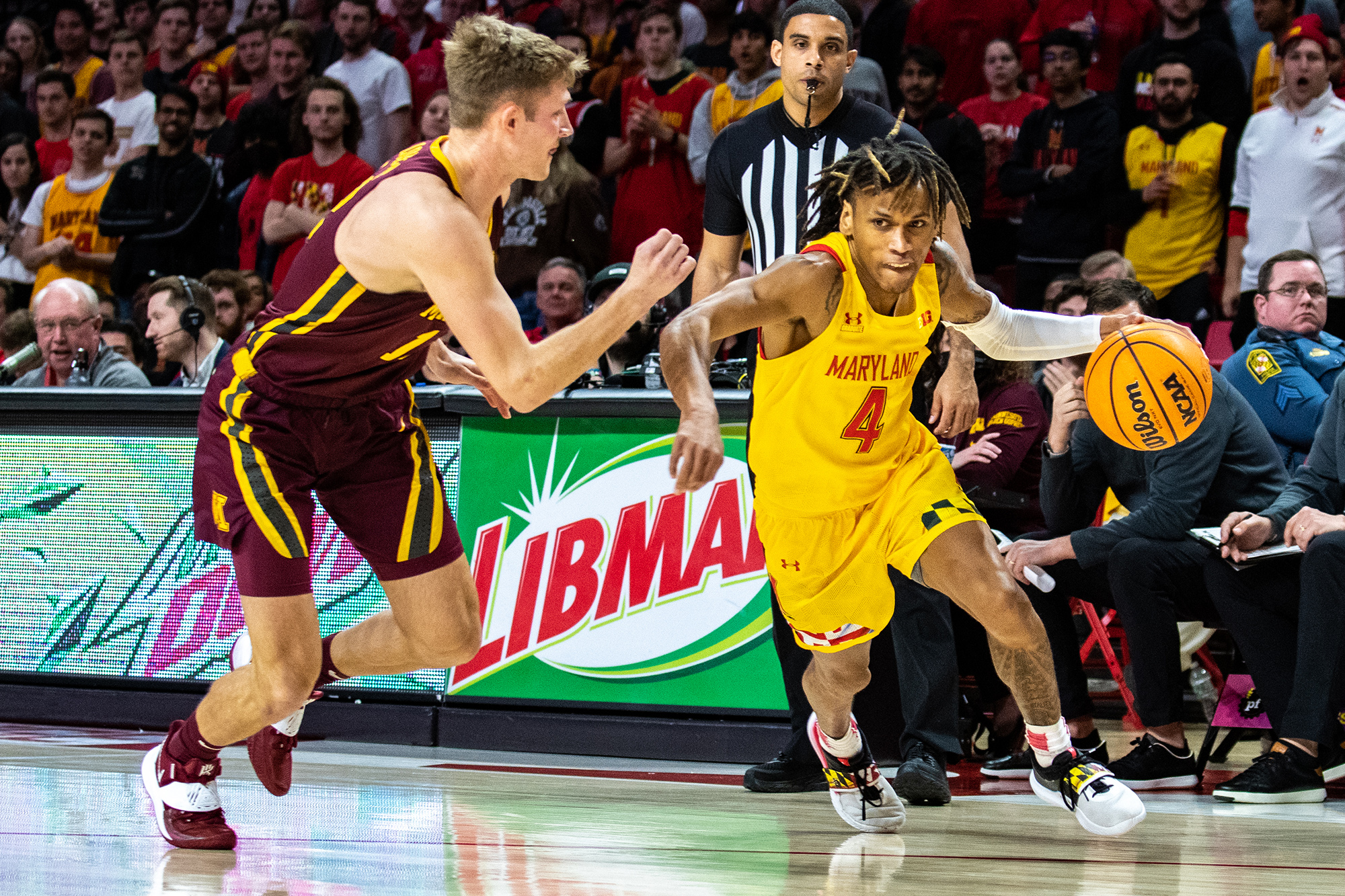 Minnesota opened its match with Maryland men’s basketball with the first score.

Payton Willis lifted a three-point shot into the net. He followed that with a jumper, then another three to tie the game at eight after buckets from Qudus Wahab and Eric Ayala.

Willis’ eight early points made it seem like he would run the scoreboard all game — it was all Willis for the Golden Gophers in the first three minutes of play.

Then, Jamison Battle locked in.

Battle started his performance with two threes, setting the tone for the rest of his game. He dropped seven threes on the Terps and racked up 39 points. Willis was Minnesota’s second-highest scorer with 21 points for himself.

Those 39 points brought Battle into Xfinity Center history. He tied former Maryland men’s basketball center and second-round NBA draft pick Diamond Stone for the most points scored in one game at the arena.

“We knew going into the ballgame that Battle and Willis were going to be extremely tough,” interim head coach Danny Manning said. “I didn’t know they were gonna be 60 points tough, to be honest with you, but those guys shot the lights out.”

Fatts Russell was tasked with guarding Battle for much of the night — and a battle it was.

“As far as trying to get him off his rhythm as much as possible, you might give him a hard foul, see how he reacts,” Russell said. “He was in that zone where I don’t think anything was going to stop him.”

Despite two Gophers combining for 60 of their squad’s 73 points, the Terps prevailed. Instead of relying on its leading scorers, Maryland spread the wealth. Five Terps scored in double-figures against Minnesota.

Ayala and Russell knocked down 15 and 16 points, respectively. Hakim Hart led Maryland in scoring with 19 — he arguably made the key shot of the game with a clutch three down the stretch to deplete the Gophers’ momentum.

Wahab and Julian Reese thrived in the score column while limiting Minnesota’s production down low without big-man Eric Curry. With the Golden Gophers’ limited size, Wahab and Reese were able to run the paint.

Wahab finished with 10 points and Reese with 12, as both of Manning’s big men pulled down five rebounds.

“That’s our team … that’s how we have to play,” Manning said. “We have to have great balance, we have to share the basketball, and that’s a fun way to coach.”

Maryland flashed just how deep it can be in its final home game of the season. The Terps have hit their stride at a crucial point.

Maryland is in a position, yet again, to set up a winning streak. This time, it could finish the regular season on a high note. And the Terps have momentum on their side.

Maryland has won five of its last six games and hasn’t been at .500 since Feb. 1 — the Terps were 11-11 after their loss to Michigan State.

And the players are confident. Ayala, a senior who’s spent his entire college career at Maryland, is hungry to make an impact on the postseason. He thinks his team can do it.

“We dangerous man … I wouldn’t wanna play us in any game these next few weeks,” Ayala said. “We hot right now, and we’re trying to carry that momentum to these games and just staying the course.”