‘It’s all about Maryland’: Women’s lacrosse attack stays dominant against William and Mary 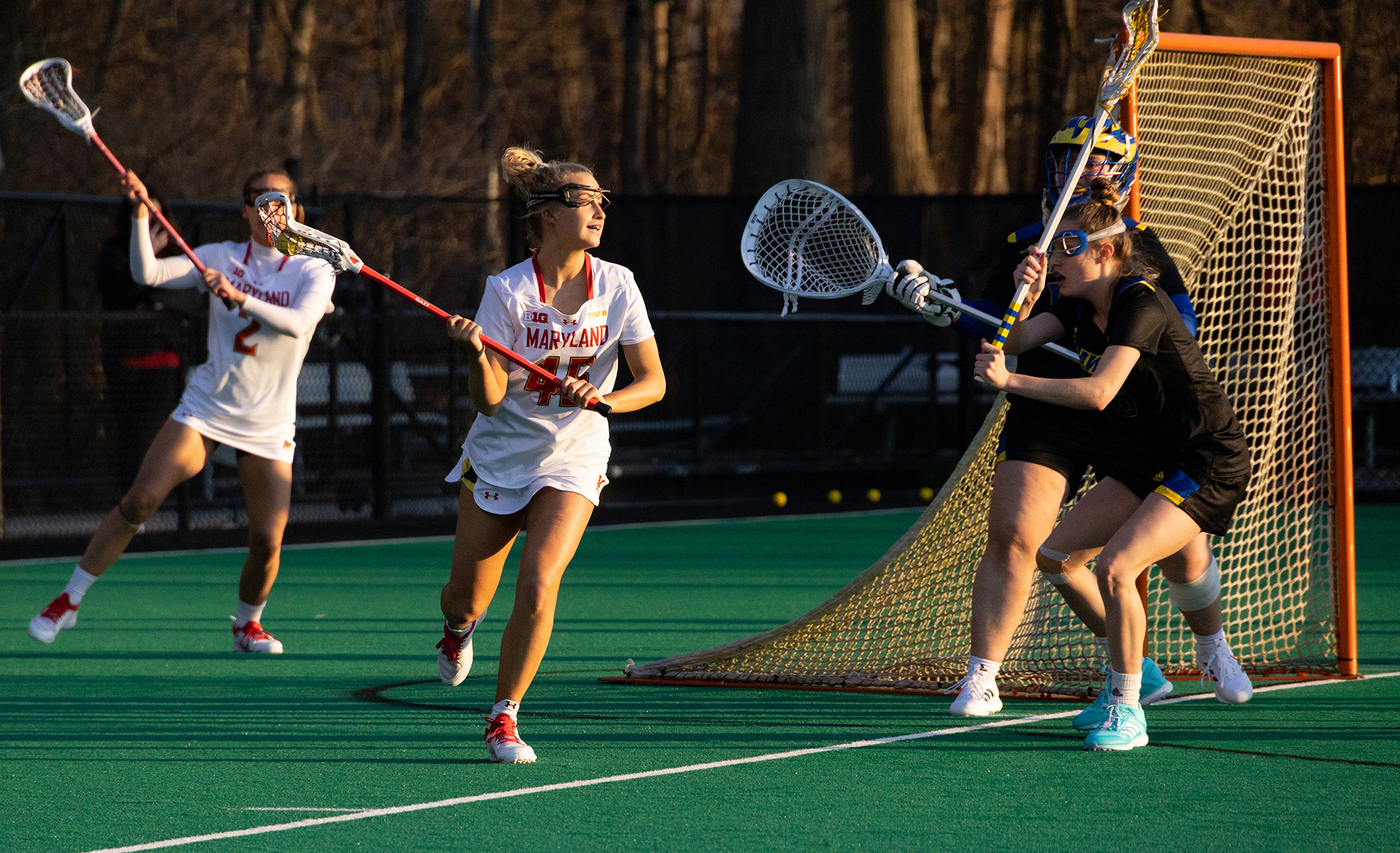 After receiving a pass from Jordyn Lipkin, the third consecutive Big Ten Offensive Player of the Week Aurora Cordingley faked a high shot before swinging her stick down low and whipping the ball into the net for her first goal against William and Mary.

Cordingley was just one of eight players to score for Maryland women’s lacrosse during its bold 19-7 win.

“It’s just a big positive entering March,” Cordingley said. “Just that we know we’ve so much more to grow in, but we’re already showing some great signs on the offensive end.”

The Terps had another dominant offensive outing in Williamsburg, Virginia, against the Tribe. With four players finishing with three or more goals, Maryland proved just how dangerous its offense can be.

Shannon Smith, Hannah Leubecker, Libby May and Cordingley completed hat tricks during the game. May and Leubecker both added another goal to finish the game with four each.

But it’s become commonplace for the Terps to score numerous goals. Maryland has notched 89 goals so far this season with an average of 17.8 goals per game. The Terps have outscored their opponents by more than 10 goals in four of their five games.

Cordingley, who swept weekly awards this week, including Prime Time Player of the Week, leads her team with 21 goals this season. The graduate attacker is third in the country for both points and assists, with 35 and 14, respectively.

Cordingley is far from the only player showing off on offense. Juniors Leubecker and May have 15 and 14 goals apiece, and Smith, a sophomore, has tallied 11 so far this season.

“This group has all shown that they’re capable of scoring,” Reese said. “We want to finish our shots, that’s an element of mental toughness that we want to keep working towards.”

The Terps’ game against the Tribe was also the first time this season where more than half of the team’s shots made it into net, at 51.4 percent.

Maryland’s shooting percentage was something Reese hoped to work on after her team only made 38.5 percent of their shots against Delaware.

Twelve different players have scored for the Terps this season, and 10 individuals have tallied assists. The team averages 7.8 assists in their first five games, compared to averaging about 4.5 assists per game in 2021.

“My other teammates, they’re great off ball, they’re always moving,” said Eloise Clevenger, who had two assists and one goal. “That off ball movement opens up a lot of shots, and I just keep my head up and I try to hit them and they’re able to finish.”

Reese loves the increase in assisted goals this season. To her, it proves how “selfless” Maryland’s offense is.

“I didn’t really feel the need to force the ball,” Cordingley said on her five-assist game against William and Mary. “If I was just the one starting the movement on the defense … I knew that would open up people on the backside.”