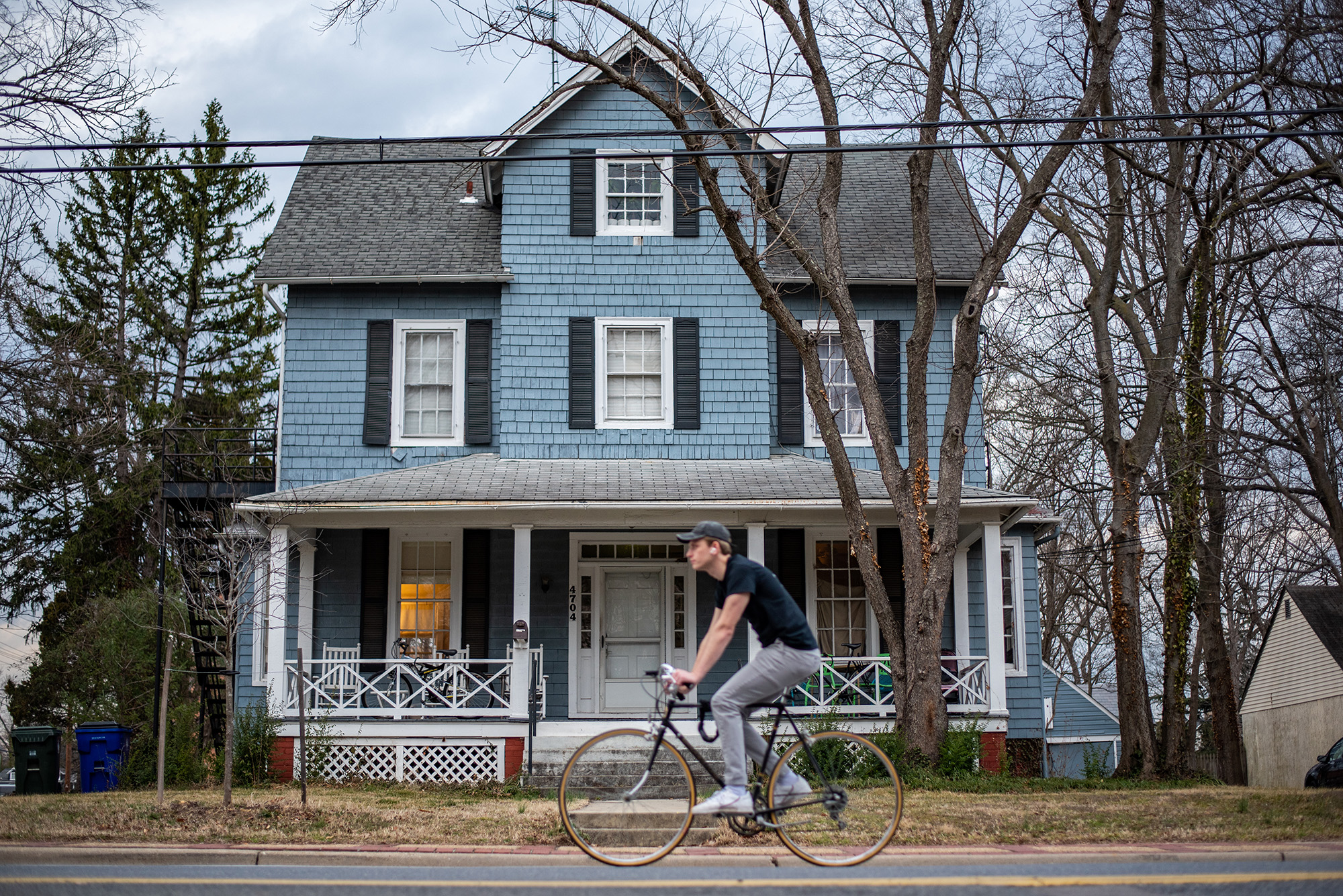 By Shreya Vuttaluru and Grace Yarrow

Over the past seven years, D.W. Rowlands has had a pretty good deal living in her apartment at 4704 Calvert Road. Despite rising rents across College Park, her landlord, Carlton Green, hasn’t increased her rent during her seven years at the apartment.

But now, as the College Park City Council considers purchasing 4704 Calvert Road — a 13,000 square foot property — for $1.7 million, Rowlands worries she’ll be uprooted from her home and forced to pay higher rent elsewhere.

An ordinance to acquire the property, which also includes 7307 Rhode Island Ave., was introduced at the city council’s Feb. 22 meeting and was unanimously approved by council members. The city council will vote on whether or not to acquire 4704 Calvert Road at their meeting on March 8.

How the city will use the land will be discussed and determined “at a later date,” according to city documents.

To many council members, the ability to own and develop the land is a rare opportunity to achieve the city’s goals. The property is also in a “very prime” spot in the city, about a block from the College Park Metro Station, District 2 council member Susan Whitney said in the Feb. 22 meeting.

While Rowlands is aware the city hasn’t made any final decisions regarding the property’s use or acquisition, she’s left with many questions. And the uncertainty around the city’s purchase is causing her stress, she said.

But Rowlands knows she would rather the city buy the property since a private buyer would likely raise the rent.

“I hope that if [the city does] end up kicking me out, they’ll at least give me a couple months notice because it is going to be very hard to find anywhere I can afford to live in this area.”

If the city doesn’t acquire the property on or before March 17, the price will increase by $50,000 because of the property owner’s broker contract. The contract allows the city to pay either the proposed $1.7 million or increased price, but efforts “are underway to comply with the March 17 deadline,” according to city documents.

During the public comment portion of the Feb. 22 council meeting, residents expressed concerns with the acquisition, mentioning the speed, price and purpose of the purchase.

College Park resident Mary Cook made a public comment saying the city should take its time with the investment.

“I don’t understand why this has to be such a fast process. In the past, we have done not only our due diligence, but we have gotten consultants to work on buying properties,” Cook said.

District 3 council member Stuart Adams said sites such as Zillow and Redfin often use state tax records — which tend to undervalue properties — for their numbers, leading to the price discrepancy. Adjacent properties have sold for much more than their appraisal on these sites, Adams said.

“Old Town is a highly desirable area, it has some unique characteristics to it. And so the values of those propert[ies] are fairly significant,” Adams added.

John Rigg, also a council member from District 3, said he also supports the purchase of the property.

Rigg thinks there are three “schools of thought” on how to use the property: workforce housing, affordable housing and open space. The city could do more than one of these things on the same property, according to Rigg.

“I’m heavily biased in favor of green space and parkland,” Rigg said. “I would love to preserve a portion of it, maybe not all of it, but certainly a portion of it for a nice pocket park or a small park or something like that.”

But Rowlands doesn’t want to see the property turned into a park. For her, the best use of the property would be an affordable apartment building as tall as zoning laws allow, she said.

“We’re literally across the street from the Trolley Trail park,” Rowlands said. “We don’t need another park here. We do need housing.”

Adams thinks a middle ground of housing and green space would be appropriate for the property. The city could add townhomes or detached single-family homes to provide opportunities for both renters and owners, he said, while protecting the Trolley Trail and as many trees as possible.

District 1 council member Fazlul Kabir said he hopes the city will be more transparent in the process of acquiring the Calvert Road space.

“My major concerns about the process, not necessarily about the project itself, is just the path that we are working through,” Kabir said. “We need to report back to the residents, we need to listen to them. And it’s absolutely very crucial, and that process hasn’t happened.”

Kabir said he noticed two things were “missing” from the process: details on what the property will be used for and getting residents’ insight on if the project is “the right thing to do.”