The face behind the facades: The story of famed architect Antoni Gaudí 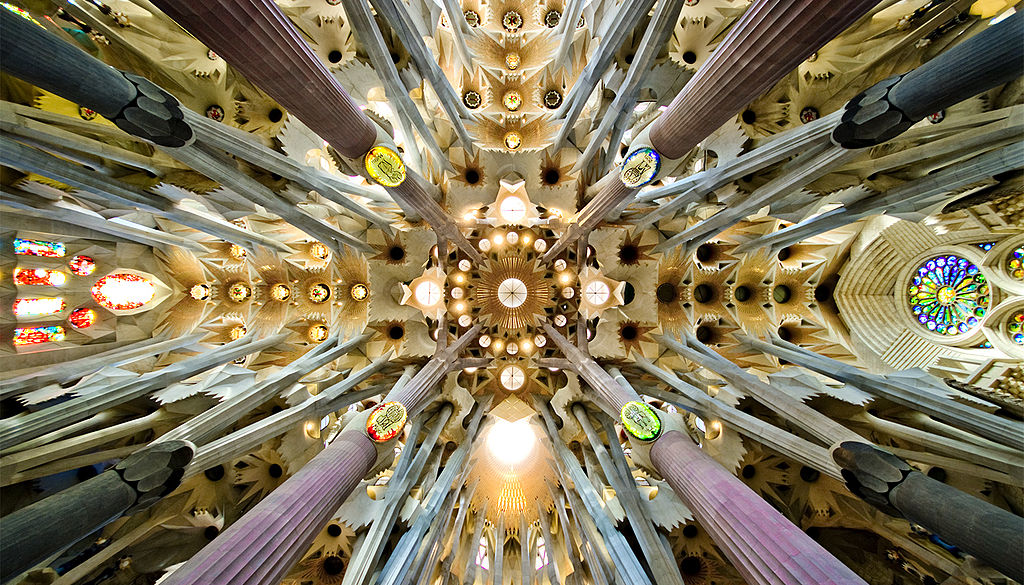 Antoni Gaudí’s work, in all of its dramatic detail and profound intensity, holds a superior status in Barcelona as it transcends the events of the architect’s lifetime and enables a timeless interpretation of his creations. The result of a decades-long commitment to his work, Gaudí maintained his complex design style until his unexpected death in 1926.

Developed with very specific political and ideological strategies, the interests of his clients — the upper bourgeoisie and the Church — dictated many of Gaudí’s projects, according to the National Art Museum of Catalunya. However, Gaudí not only had a way of conceptualizing his clients’ desires, but he managed to simultaneously capture Catalan society as a whole.

Breaking the bounds of formal architectural styles, Gaudí’s work is symbolic of the life of Barcelona, which class struggle had torn apart at the time, according to the museum. His buildings move like verses in a poem. The exterior walls curve and wind. His materials crinkle and protrude. The beauty lies in his raw and authentic creations, composed of broken ceramics, wavy window panes and multi-colored shingles.

Uniquely, Gaudí materialized his visions with infused science, according to the museum. Looking to nature for inspiration and inheriting a sense of artisanship from generations of boilermakers in his family, Gaudí captured nature’s alluring features.

Although Gaudí materialized his creativity in many forms, one would be remiss to not take special note of his religious architecture.

Since the beginning of his career, Gaudí employed liturgical objects and religious architecture styles in his work. Gaudí’s great concern for the redemption of the Church and Catalonia as a whole appears in the “liturgical restoration” of the Cathedral of Mallorca, according to the museum. In this project, Gaudí displaced elements from their original position to give them new, symbolic meaning.

While churches were a sort of specialty for Gaudí, none hold a candle to his beloved Temple of the Sagrada Família.

Dedicated to the Holy Family, the temple was first conceptualized in the 1870s as a means to counter social violence derived from the class struggle in Barcelona, according to the museum. Francisco de Paula del Villar, who later resigned in 1883, began the temple’s design. Gaudí was entrusted with completing the design, to which he was inevitably linked until his death. The temple — although unfinished — remains true to Gaudí’s plans.

Towering over the rest of Barcelona, the Sagrada Família filters light from its stained glass windows through its pillars like a lush forest on a sunlit day. The ceiling seems to mimic a kaleidoscope, as the surprisingly modern interior reflects a gamut of colors off its cream walls.

Combining ideological and symbolic production of modern Barcelona, the unfinished temple stands as the most popular monument in the city of Barcelona.

Gaudí’s career began after studying at the Barcelona School of Architecture and working for other architects, most notably Josep Fontseré, with whom he contributed to the Ciutadella Park, and Villar, with whom he worked on the chapel of the Virgin of Montserrat, according to the museum.

In the 1880s, Gaudí received his first independent commissions: Casa Vicens and the Pavilions of Finca Güell for the Güell estate in Pedralbes.

While modest compared to his later designs, Gaudí turned these smaller-scale works into a manifesto of his capabilities, both in his magnificent material skills — using ceramics and iron — and his assortment of eccentric cultural and visual references.

After constructing the pavilions for Finca Güell, Gaudí became the architect for Eusebi Güell, the estate’s owner. Translating Güell’s aristocratic ideology into princely design, Gaudí constructed a palace in the heart of the old city in Barcelona, a suburban park and a temple, according to the museum.

Gaudí continued to commission projects outside of the Güell estate as well. He even freely designed three houses in the ensanche development in Barcelona, according to the museum.

At this time, some homeowners expressed a new concept of “super-consumer wealth” that enabled architects to eccentrically design the facades of their houses. These designs came to showcase homeowners’ sense of luxury as they stretched far from neoclassical architecture norms. Using exotic and naturalistic styles, Gaudí created Casa Milà, Casa Batlló and Casa Calvet.

Taking up the entire street corner, and rippling waves down the adjacent streets, Casa Milà seemingly embodies the Mediterranean Sea in its flowing glory. Meanwhile, Casa Batlló is covered by a reptile-like, scaly roofing, grooved balconies and a multicolor splash exterior all topped off with a cross. Casa Calvet, while less intense, keeps in touch with the highly concentrated balcony style and intimate detail.

A slanted mirror rested at the center of one vanity, with a wooden trim covering just over half of its frame. The front right leg to the vanity grew an extra branch, forming a small seat for its owner.

Somehow classic in its deviant, off-center design, Gaudí’s work adopted a grander style within the following decade. By 1909, Gaudí constructed massive double door entrances, with warped glass windows that let only ambient light shine through. The wooden door frames were hallowed with undulating trim, and in one grand entranceway, Gaudí connected the wooden door to a stately bench and cabinet set on either side.

According to the National Art Museum of Catalunya, Gaudí’s extraordinary and sometimes whimsical architectural projects quickly became treasures in Barcelona, leaving some to question how the city would look without his influence.