From 2002 to 2022, Maryland men’s basketball has thrived with urgency 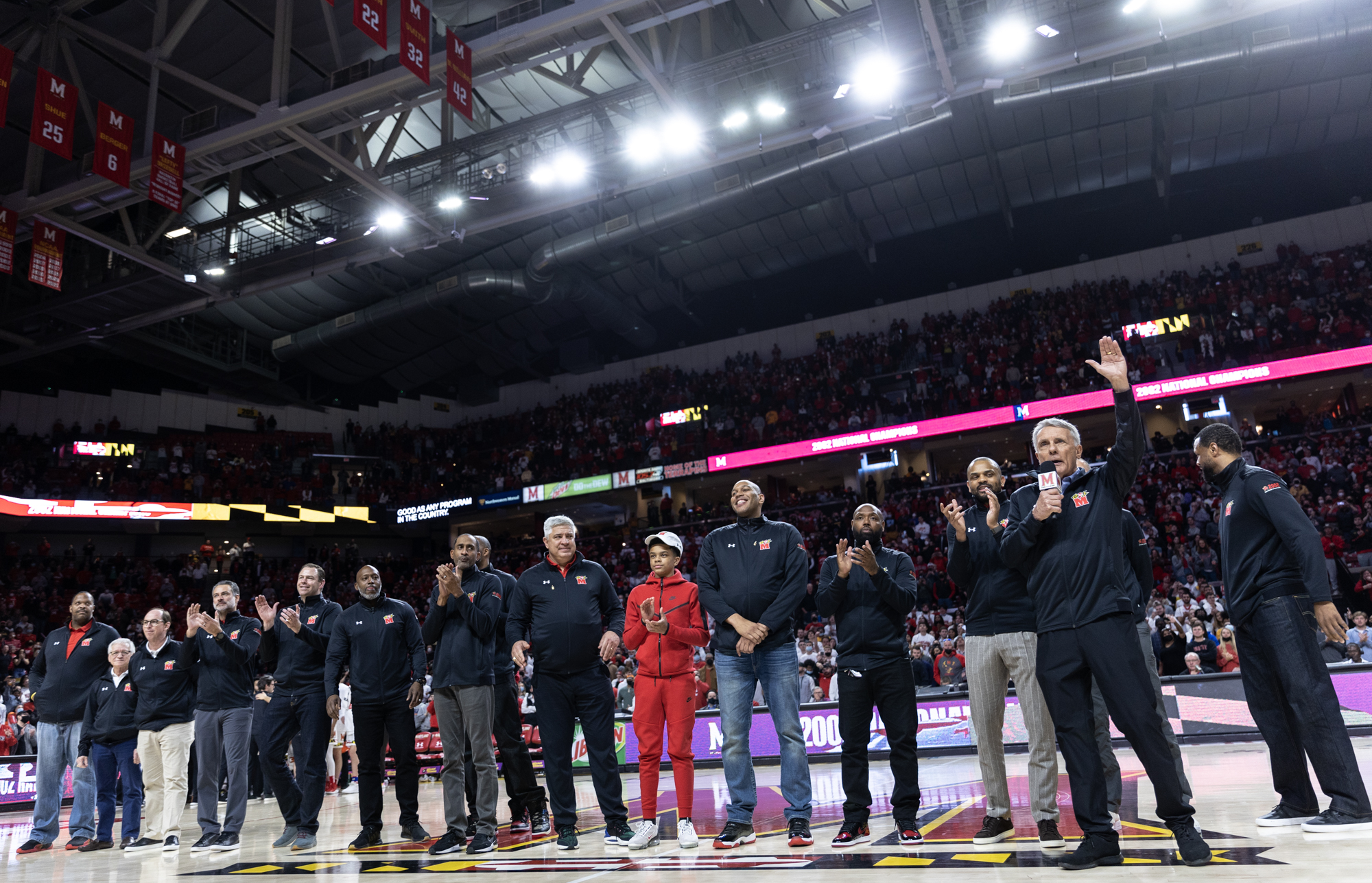 Ryan Randle hadn’t set foot in College Park in almost 20 years. Despite being part of Maryland men’s basketball’s 2002 National Championship team, the forward hadn’t returned to the campus where he earned his ring.

“It feels good seeing all my brothers,” Randle said.

Although the campus didn’t look the same and had a distinct lack of Wawa — something he was not pleased about — Randle couldn’t help but reminisce on his time with the Terps.

Maryland saw some of its program’s greatest triumphs in the years Randle, Juan Dixon and Steve Blake graced the court.

And as the Terps celebrated a milestone for their program and an unlikely victory during a tumultuous season, the path to success is not lost on either iteration of Maryland basketball.

Rewind to March 2002 when the Terps were set to face Kansas — a one-seed that was the No. 1 team in the nation for three of the final four weeks of the regular season — for a spot in the title game.

Coach Gary Williams showed his team video of the Jayhawks’ duo of Nick Collison and Drew Gooden, calling them the best frontcourt in the country.

What Williams really did was poke the bear.

Randle recalled Wilcox told him he was headed to sleep early with only one intention: “I’m going to destroy them tomorrow.”

“When he said that… I knew he [was] going to work on them cause he went to bed at nine o’clock,” Randle said laughing.

Come game time, Maryland found itself down early with a 13-2 deficit. Wilcox’s plan for Kansas’ annihilation looked to be in jeopardy.

Dixon remembers his coach was just about ready to lose his temper with the team, but the eventual MVP of the tournament took the lead instead.

“I decided to take over the huddle,” Dixon said. “Not take over, but let my voice be heard, let the guys hear my passion and my urgency. For us to be able to go out and win a game against probably the best team in the country that year — I had the mindset that we weren’t gonna lose.”

His teammates heard the voice of their leader.

Led by Dixon’s 33-point performance and a near-destructive 18 points and four blocks from Wilcox, the Terps reached the championship game.

The rest is history.

As Maryland celebrated the 20th anniversary of its sole title win, some of the magic seemed to rub off with the modern-day Terps, earning a crucial Big Ten-win over then-No. 22 Ohio State.

However, with senior day spelling the near-end of the season, Maryland’s 2022 lineup has its sights on finding a similar brand of urgency to that of Dixon and the ‘02 Terps.

Time is running low for Maryland’s veterans to leave their mark. But after an eye-catching win, opportunities remain.