Dodie’s back in the U.S. and is more confident than ever 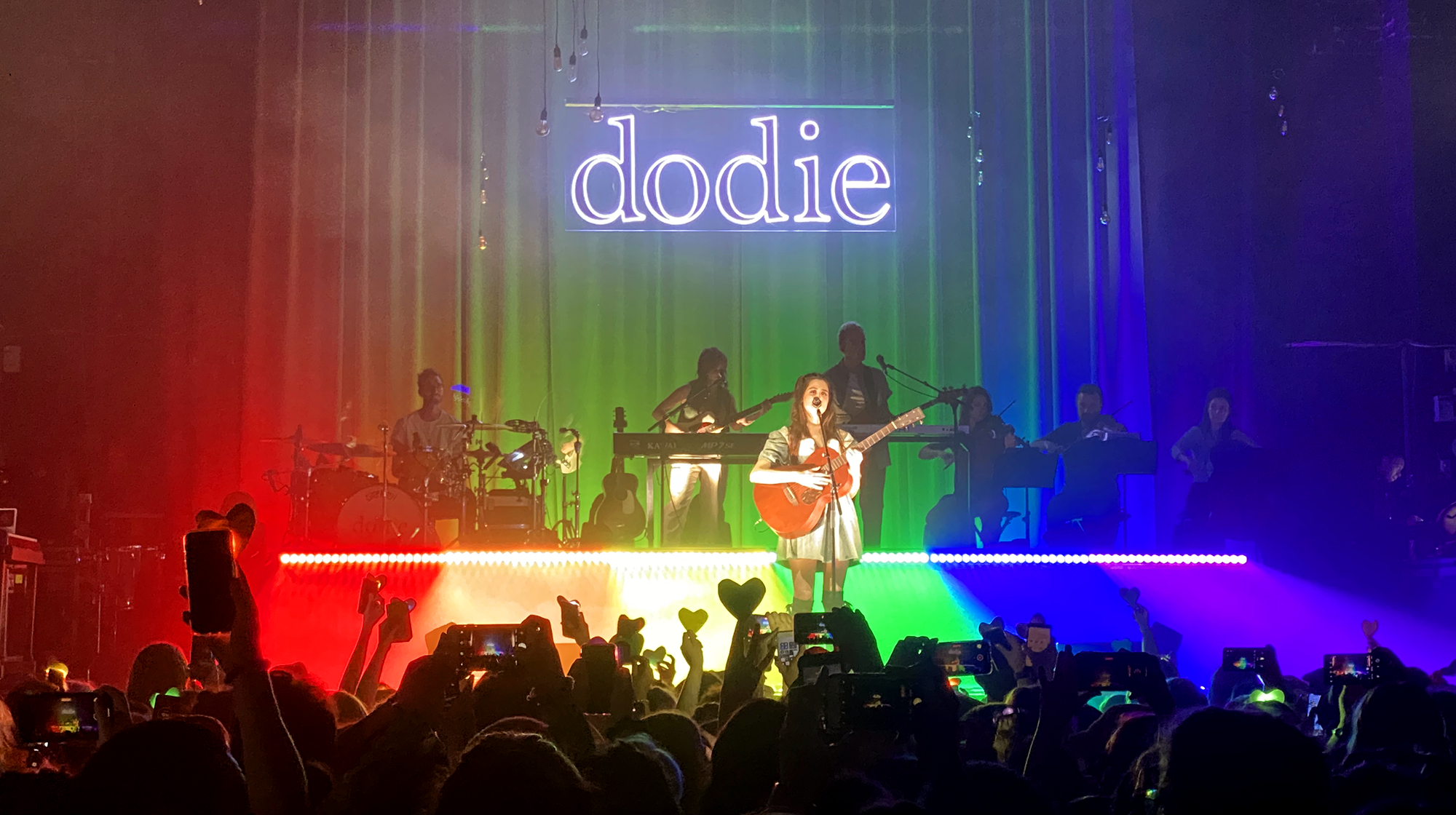 Singer-songwriter Dodie brought the audience at The Fillmore in Silver Spring through a wide range of emotions during her performance on Monday.

The “Build a Problem” Tour is Dodie’s first entrance to performing again since the COVID-19 pandemic canceled concerts around the world. The tour follows the release of her debut album Build a Problem, which was released in May 2021. After spending nearly a decade on YouTube, her work has developed into a successful career as a musician.

As my second concert since the pandemic began, I was a little nervous about being in a crowded space where I knew everyone would be screaming lyrics. However, I was immediately drawn into the performance and felt at ease once Dodie started singing in her soothing, surprisingly buttery voice.

In September 2019, I had the chance to see Dodie on her last North American tour, the Human Tour, which followed the release of her third EP. I remember finding her quite shy on stage, and noticed how she focused more on singing her repertoire and less on interacting with the audience.

On stage at The Fillmore on Monday, I immediately noticed how Dodie’s confidence has immensely grown. She knew exactly what moments to interact with the audience, how to get them to laugh and how to ask questions that got everyone excited and involved.

Her set did not disappoint. In fact, she took me through an emotional rollercoaster during her show. She went from softly singing through “Sick of Losing Soulmates” to bouncing around in “Monster” and jamming out to “Special Girl.”

Since she has a larger selection of music to play than on her last tour, Dodie has moved from just singing songs to singing medleys in order to incorporate more fan-favorites into the piece. At one point in the concert, Dodie flawlessly transitioned from “Rainbow” to “She” in a fitting LGBTQ+ focused medley.

She even took a moment in between songs to have a full chat with the audience, even asking how to pronounce the name of our state, Maryland.

“It’s been a very weird few years for this industry, and you’ve been here supporting me,” Dodie told the audience in between songs.

The opener, one of my favorite up-and-coming artists, performed with just a guitar on stage. Lizzy McAlpine found fame on TikTok, where one of her songs went viral in 2020. She played a couple of songs off of her upcoming album five seconds flat, which comes out in April.

McAlpine’s performance perfectly preceded Dodie’s set. Her stage presence was warm and welcoming, and she reminded me of seeing Dodie in 2019; a little more shy but still able to show off her amazing voice.

Dodie’s green flowy outfit allowed her to jump around onstage while looking graceful. Throughout her tour, she has been wearing fashions from fans, after posting on Instagram in January 2022 in a call for independent designers. Her aim to be more sustainable and promote independent artists has allowed her to wear unique pieces to each U.S. tour performance.

For the encore, Dodie changed into her iconic postman uniform from the music video of the single she performed, “Hate Myself.” She leaped around the stage and signed off to the audience in the last song before taking a bow with her crew.