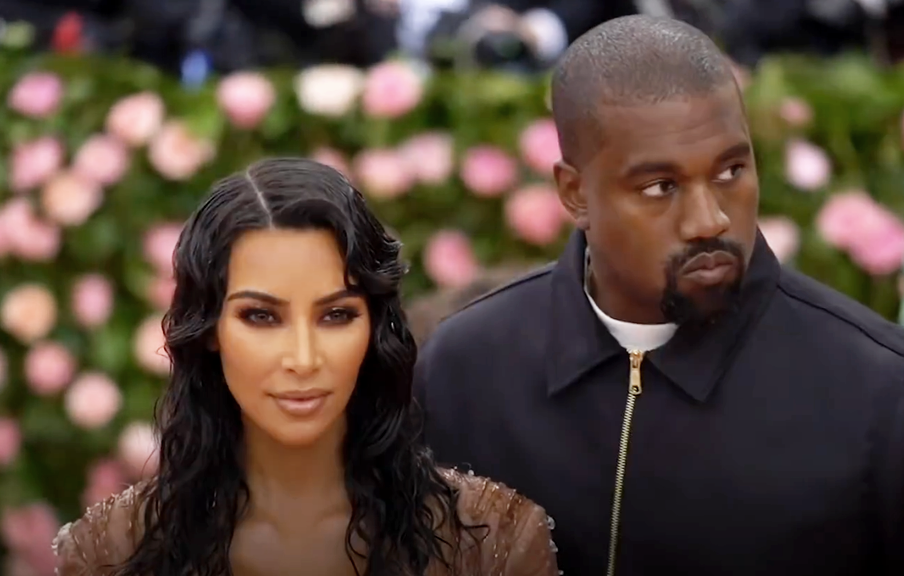 Ye, the artist formerly known as Kanye West, has recently been in the headlines not for his latest album Donda 2, but rather for publicly airing his dirty laundry.

Last year, Kim Kardashian West filed for divorce from the rapper; Ye followed up with a response two months later and agreed with most of the points made by Kardashian. Since then, there has been an onslaught of public posts from him about their four children, Kardashian’s new boyfriend and large-scale romantic gestures as an attempt to win her back.

In recounting his actions, there’s one important point that needs to be considered. In 2016 Ye was diagnosed with bipolar disorder, a condition that causes dramatic mood, energy and thought shifts.

For a long time after filing for divorce, things seemed to be good for Kardashian and Ye. She publicly expressed her support for him — even going so far as to come to his concert in a wedding dress and recreate their wedding in August.

In October, Kardashian was photographed going out with Saturday Night Live actor and comedian Pete Davidson. Ye publicly asked Kardashian to come back to him during a concert in December, riffing on his 2010 song Runaway.

“I need you to run right back to me, baby,” he sang before adding, “more specifically, Kimberly,” Billboard recounted.

[Review: ‘The Batman’ debuts an imperfect hero in a fresh adaptation]

The next day, Kardashian asked to be legally declared single and to have “West” removed from her name. Merely 10 days later, Ye buys a house across the street from Kardashian’s.

While none of this seems particularly problematic at first, it shows an increase in desperation and sets a good precedent for what happened in the next few months. The switch from being accepting of Kardashian’s decision to publicly calling her out began to happen more and more over the next few months.

At the end of December, Ye began seeing “Uncut Gems” actress and Josh Safdie muse Julia Fox. During their brief romance, Ye continued his onslaught against Davidson, even releasing a song with rapper The Game and includes a line saying that he wants to beat Davidson up.

At this point, Kardashian still hadn’t publicly responded to or commented on Ye’s actions, even as he accused her of barring him from attending their child Chicago’s birthday party and publicly expressed his frustration during an Instagram live.

The true escalation began on Feb. 4 as Ye attacked Kardashian on Instagram for allowing their 8-year-old daughter North to be on a joint TikTok account with her mother. In her first-ever public response to Ye’s actions, Kardashian says his attacks are more hurtful than any TikTok North might create and that Ye is making a healthy co-parenting relationship extremely difficult. She also expressed her desire to deal with any other issues privately.

Ye didn’t comply with the request, accusing Kardashian of saying Ye put a hit out on her and then posted screenshots of conversations with Kardashian’s “cousin” and of him asking for her new phone number after she threw her phone into the ocean while on vacation.

In less than a month, Ye’s attitude toward Kardashian has shifted more than a few times. Just five days after publicly harassing her about the TikTok account, he posted pictures of a Vogue photoshoot of Kardashian and their four children on Instagram captioned “GOD PLEASE BRING OUR FAMILY BACK TOGETHER.” The post was then deleted.

Around Valentine’s day, he posted multiple attacks on Davidson and began to refer to him as “SKETE.” At the same time, he announced his breakup with Fox and sent Kardashian a truck full of roses with the message “MY VISION IS KRYSTAL KLEAR” on the side of the vehicle.

While manic episodes are important to consider, it’s also significant to note these roses can be considered an act of love bombing — something that is a hallmark of an abusive relationship.

When he posted screenshots of his messages with “Kim Other Phone,” many people began to understand his actions as a form of emotional abuse. It was especially uncomfortable for many when he said that he couldn’t keep their conversations private because he “got a text from [his] favorite person in the world.”

A story for The Cut by Erica Schwiegershausen explains Ye’s actions the best when talking to Pilar Cárdenas, a bipolar disorder therapist. While Ye is not exempt from blame in his actions, mania makes things significantly more complicated and can often shift a person’s idea of reality, the story explains.

“According to Cárdenas, ‘The more severe the mania, the less judgment and less control a person has over their behavior,”” Schwiegershausen writes.

Since the release of Donda 2, Ye has remained relatively silent about his private matters on social media. It has since been rumored he’s dating Chaney Jones, who is widely said to be a Kardashian look-alike. It’s hard to predict where Ye will go next, and it’s unclear where Kardashian and him stand with each other. Regardless, in the court of public opinion, Ye has lost his case.