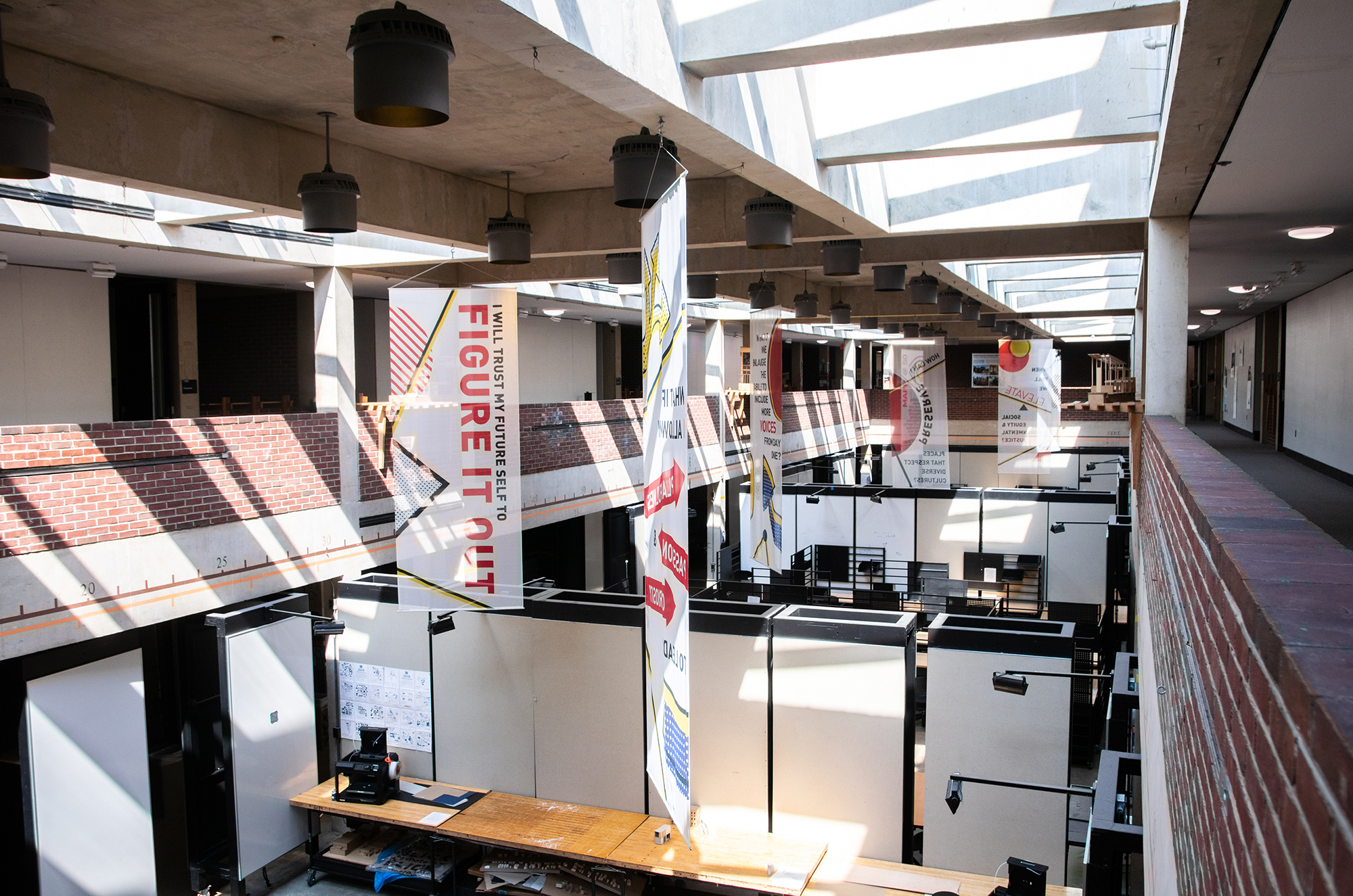 A presidential postdoctoral fellow will be the first woman of color to serve at the University of Maryland’s Historic Preservation Program as an assistant professor in fall 2022.

Michelle Magalong was driving to the Reagan National Airport to pick up her boyfriend when she heard the relieving news. She said a wave of emotion hit her while they were walking, because she realized as a doctoral student that the job market is difficult to break into.

As someone who is invested in ethnic studies and social justice work, she said there’s usually only one position with a focus on those disciplines. She said the application process can be draining because presenting research can lead to a lot of questions.

“You have to prove your worth and your potential and explain all your downfalls,” she said. “It’s a very vulnerable job process.”

She said everyone looking for a job wonders what their story is going to be. But when she was crying in the airport — overjoyed that she was chosen — she told her boyfriend, “This is my story.”

Currently, only eight percent of the National Register of Historic Places represents women and people of color.

When Magalong came to this university, it was to continue her work studying sites for preservation with a focus on underserved communities. At the University of California, Los Angeles, where she received her doctorate degree in urban planning, she focused on developing the National Park Service’s Asian American Pacific Islander Heritage Initiative.

At this university, she led a two-day symposium, taught classes about historic preservation and helped students nominate sites to the National Register of Historic Places.

Magalong is currently working with her students on an Asian American history project in Washington, D.C., where she said they get to dive right into the work. With the project, students will get to nominate landmarks to the National Register.

Last spring, Magalong taught a course where a student wrote about the history of the Manila House in the Foggy Bottom neighborhood in Washington, D.C.. The house was a community space for Filipino-Americans and let them share their culture in the city. It was a popular space during the 1930s until the 1950s. She thought that it would be a great nomination.

Magalong was able to connect her students to fast-track the nominations, which is an opportunity students don’t get. She said the door needs to be opened for students.

“There’s so much work to be done here in Maryland and Washington, D.C.,” she said. “I’m excited because the opportunities are endless.”

When Magalong first came to Maryland, she said it was a hard adjustment because of the lack of diversity. She said it was difficult to feel like she was being seen.

“I’ve just been preparing myself for the onset of the requests to meet and to mentor students of color,” she said.

Magalong uses the National Register of Historic Places to look at landmarks and places that people have nominated for preservation. She said she uses a database to focus on inequities and communities that need representation. When she’s requested to participate in projects, she said, she likes to bring students along with her.

“That’s my philosophy,” Magalong said. “I want students to learn to have access to the things that I didn’t have access to, that I knew existed, but I didn’t get a chance to really be a part of.”

Dennis Pogue, who retired from teaching at this university’s Historic Preservation Program in June, met Magalong in 2019. Her passion made her stand out, he said.

“She’s incredibly passionate about the topic, and it fits perfectly with our goals in the program,” he said.

He said that it’s fantastic for the program to have Magalong as a full-time professor because of her skills and what she brings to the program. He said she’s committed to involving students in research and taught a studio on preserving Baltimore Chinatown and Chinatowns across the country.

Karen Yee, a graduate student studying historic preservation and urban planning, said that meeting Magalong was the first time she met a woman of Asian American, Pacific Islander heritage in her field.

“That was the super most exciting day ever,” she said.

She was paired with Magalong for a graduate assistantship for the Chinatown project with the Maryland Historical Trust. She said that Magalong was a great mentor and helped expand her network and build her professional skills.

Working with Magalong prepared Yee to understand how real life works after graduation. Yee said students last semester were excited to work with Magalong because a woman of color working in the faculty attracted them to the program.

“Now that she’s here … it encourages them to probably apply for our program,” she said.

Donald Linebaugh, a professor of historic preservation and Magalong’s mentor, and said it was thrilling to hear that she would be an assistant professor.

He said that she’s done an amazing job at assembling voices from around the country, and her symposium had 900 people registered for it.

“If it wasn’t clear before that, it was clear at that moment that we absolutely wanted to figure out a way to keep her with us,” he said.

Linebaugh said that he knows she has connected with incoming students and taken on a supportive role for them, but has also been active in thinking about inclusion and equity within the school.

“I’m now excited that she’ll have the opportunity to implement see to fruition,” he said.