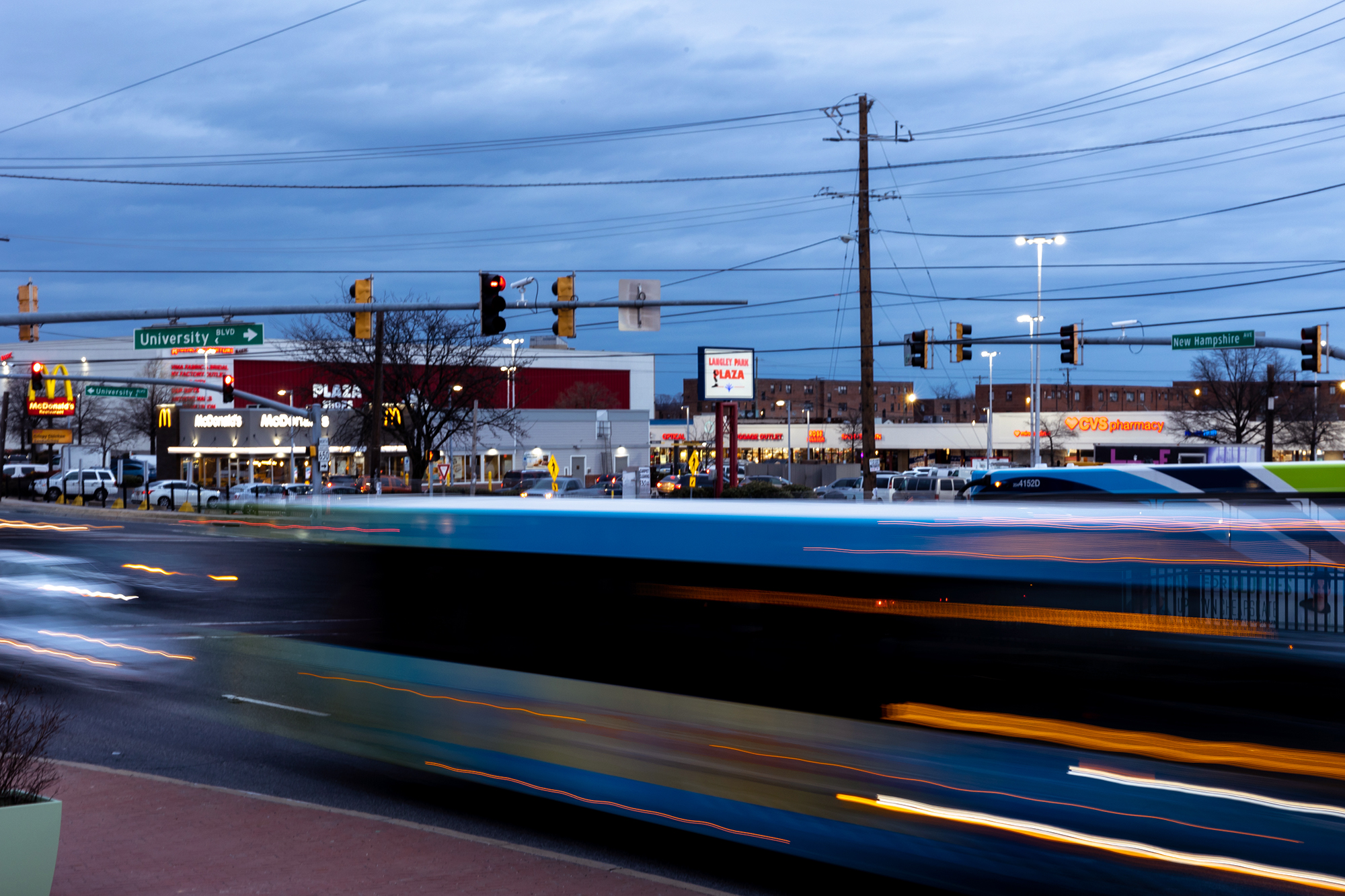 In Langley Park and Takoma Park, one of the contributors to gentrification is the construction of the Purple Line. (Julia Nikhinson/The Diamondback)

Bikayi Wuvalla lives near the Mosaic, and its prices have caused the Montgomery College sophomore film major’s rent to go up steadily. The higher rents in his neighborhood have been affecting his family.

Some residents in Prince George’s County are experiencing the effects of gentrification, which occurs when there is new development in an area that attracts higher-income individuals. This increases the value of homes, which can cause displacement of lower-income residents.

In Brentwood, Langley Park, Takoma Park and Hyattsville, the process of gentrification has been picking up pace. Hyattsville recently saw the development of new townhomes that range from $750,000 to $1.2 million. The median value of a home in Hyattsville in 2019 was $336,300. Hyattsville resident and University of Maryland student Elian Contreras said housing developers will be building more unaffordable apartment complexes in the future as well.

“Who else is gonna be able to afford those types of houses?” he said.

In Kaymar Prillaman’s neighborhood in Brentwood, the nearby Shoppers was replaced with a Price Rite, which drove grocery prices up. Because of this, Prillaman’s family needed to start traveling farther away to buy groceries.

“It’s a subtle way of getting … low income families to move out,” said Prillaman.

As businesses cater to a higher-income demographic, the value of the neighborhood increases, pushing lower-income residents out of their communities because they can’t keep up with the rent increases and hike in utilities.

One of the newer apartment complexes in Brentwood, Artisan 4100 in the Prince George’s County Gateway Arts District, rent ranges from $1,850 to $2,565 per month. Prillaman said these apartments are inaccessible to many Brentwood residents. He thinks the target demographic for the new apartments is newer white residents.

As of 2019, Black and Hispanic populations made up the majority of Brentwood, Hyattsville and Langley Park residents.

In all three communities, the Hispanic population is the ethnicity living in the most poverty, according to DATA USA.

In Langley Park and Takoma Park, some are worried the construction of the Purple Line will lead to further gentrification because it might make those communities more attractive to wealthier residents. The Purple Line will consist of light rail cars running between Bethesda and New Carrollton. It is scheduled to open in fall 2026.

Takoma Park Mayor Kate Stewart said while residents and small businesses are concerned about displacement, measures are in place to ensure that doesn’t happen.

“We provide financial assistance to our local businesses,” Stewart said. “We advocate for them regarding the construction of the Purple Line to make sure there’s proper signage and access to their businesses during construction so people can still patronize them.”

Stewart also said there is rent stabilization in place, so landlords can’t increase residents’ rent above the allowable amount each year.
According to the Purple Line Corridor Coalition’s Housing Action Plan, there is evidence of raised housing values and rent in other places where transit lines have opened, leading to displacement.

Contreras said a large number of immigrants camped out in a forest in Queens Chapel near Hyattsville. Recently, those woods have been torn down for new development to begin.

“That’s just another line of just new plots of land forests being torn down for nice apartments literally pushing out homeless people who only have literally tents,” Contreras said.

In addition to increasing rent, newer and more expensive businesses have been opening up on the border between Brentwood and Hyattsville. The older shops that have been there for years — such as the autobody and auto sale shops, as well as a tire sale shop — are on one end of the street. On the other end, there’s a pizza shop, a brewery and an arts and crafts store, all of which opened within the past eight years.

With the additions of these types of stories and high-end complexes, residents in the area feel the culture in their communities shifting. The community they grew up in looks different, said Hyattsville resident Jose Barrera. Some feel as though change is only beneficial to a certain extent. He says many people in his community are used to one setting and community. Once a new community comes in, it drives them away.

“I feel like [the culture] is slowly kind of going away with all these new businesses opening up, like the authenticity of food and stuff is changing a lot,” Barrera said.