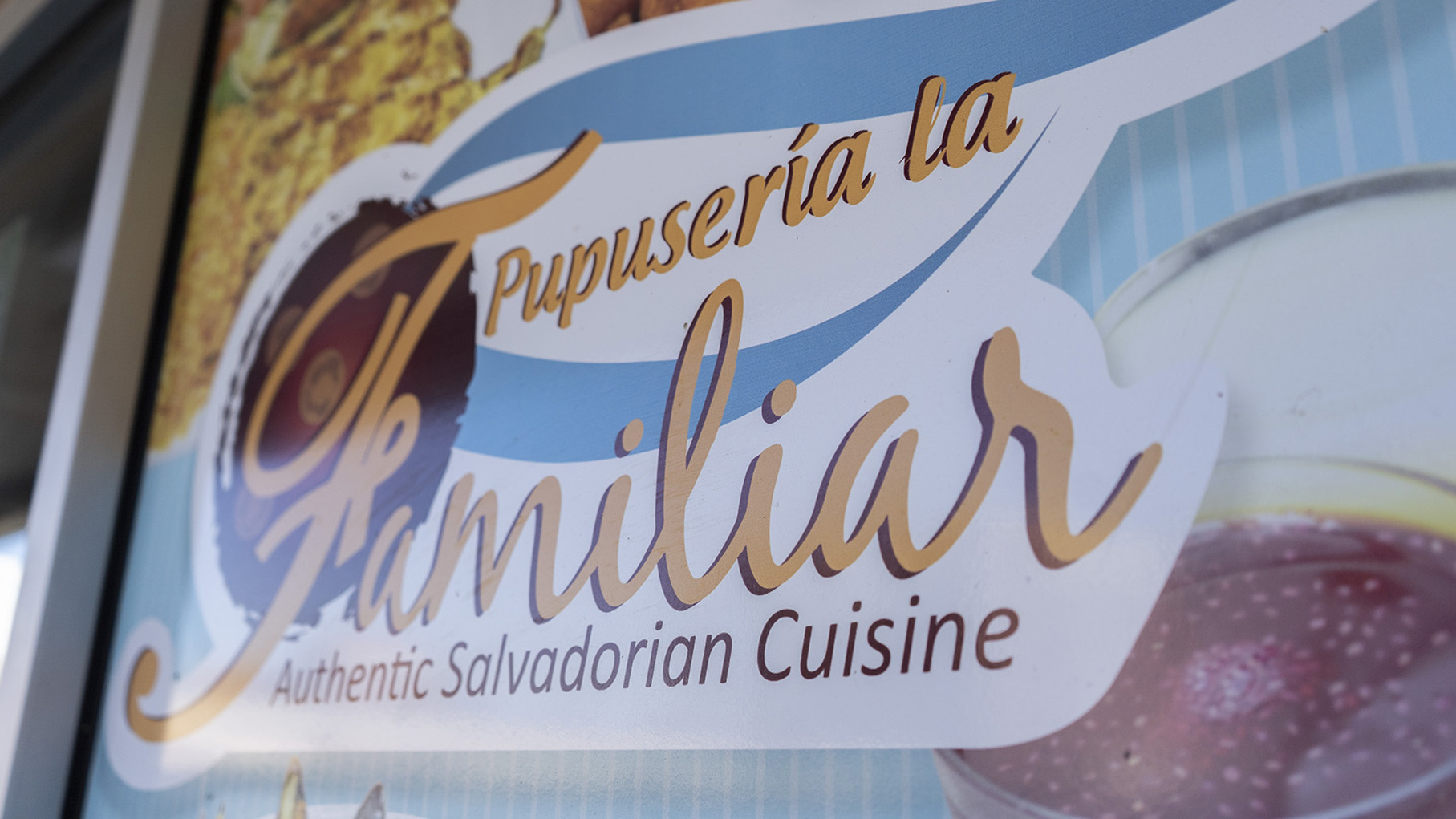 Walter Coreas and his friends walked into Pupuseria La Familiar an hour before closing. They were loud and rambunctious, so Coreas worried they would get kicked out.

But instead, the staff welcomed them in and created a friendly, cultural experience for the group to enjoy.

Established in 2008, Pupuseria La Familiar “caters to Latinos and University of Maryland undergrads looking to venture beyond their industrial dorm-room diet,” according to The Washington Post.

And while some might find the eatery a “venture,” other College Park residents, such as freshman information science and philosophy major Bryan Carrillo , associate it with home.

The pupuseria stays true to its Salvadoran roots by speaking Spanish to its customers and personnel and blending traditional decorations and food to provide its customers an authentic cultural experience.

They are known for their pupusas, a traditional Salvadoran dish made of a corn tortilla stuffed with different fillings including beans, cheese, pork and chicken. But they also serve tamales, enchiladas and other Salvadoran dishes.

“I feel connected back with my culture, mainly how it is in my hometown, because like almost everyone there is Latino,” Carrillo said.

Carrillo said they see not only University of Maryland students, but also other Latino people.

“That just makes me really happy because I don’t really see that when I’m inside of Maryland since it’s [a] PWI,” Carrillo said.

For community members such as Coreas, Pupuseria La Familiar allows him to make up for lost time. Coreas left El Salvador when he was 5 years old, so the restaurant gives him the opportunity to actively experience his culture.

“I came here when I was very young, so I didn’t get to experience the culture obviously from my country like most other people, but just to go there, it’s really nice,” Coreas said.

The restaurant is located off campus at Campus Village Shoppes along with other cultural restaurants such as Hanami Japanese Restaurant and Pho D’Lite Southeast Asian Kitchen.

For many on-campus students, the restaurant is far away from their dorms and they have trouble finding restaurants that reflect their culture nearby.

Justin Guzman, a freshman mechanical engineering major, has been to the restaurant twice and now has to take an Uber since he felt the wooded trail he went through during his half-hour walk to the pupuseria was dangerous.

Guzman said as a college student, you need to take into account the time you’re putting into traveling for food, because that time could have been used to do work. By the time you get to the restaurant and come back, that’s already an hour gone, he said.

But for others, the high quality food makes the commute worth it.

Tyrah Burris, a junior journalism major, lives 30 minutes away from the restaurants, but said the commute to the restaurant doesn’t bother her. She said she is a big fan of the chicken and shrimp pupusas.

“Typically if there’s a cool restaurant or a different restaurant that I want to try and it’s like, 30 minutes away, I’m usually willing to travel to it,” Burris said.

Some students feel as though they are trapped with American fast food.

On-campus food options include Subway, Chick-fil-A, Qdoba, Moby Dick and other fast food chains, according to the Dining Services website,.

“The university is located in a fairly diverse area, I think the university tries to make it seem like they are more diverse than they actually are, it’s basically performative activism on their part,” Carrillo said.

Guzman says it is important to have restaurants on or near campus that represent his culture because it helps let the community know the campus is working on diversity.

“It is hard to be part of a campus if there aren’t many places for me to eat, it doesn’t feel like home,” Guzman said.