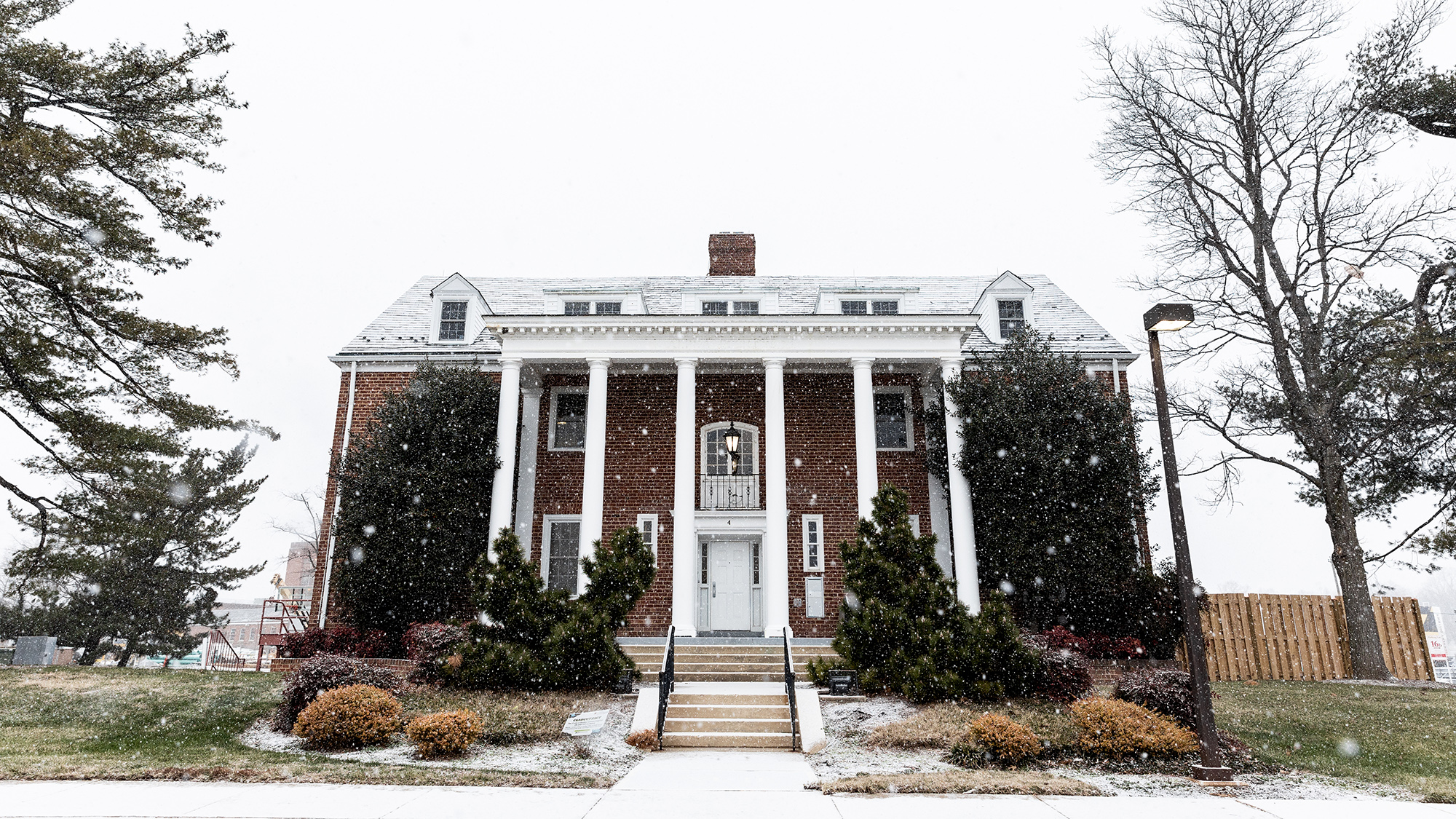 Members of the University of Maryland’s Greek life feel there is a disconnect between all four councils. But some Greek life members say having all the councils together on Fraternity Row would allow them to form a stronger relationship.

There are four Greek councils at this university: the Panhellenic Association, the Interfraternity Council, the National Pan-Hellenic Council and the Multicultural Greek Council. Only the PHA and IFC have official housing on Fraternity Row — but the construction of the Agora could change the relationship between the four councils.

The Agora is replacing the former Alpha Epsilon Pi house and will be a place for the MGC and NPHC councils to host events and meetings, as well as build relationships with members of other councils. The building is slated to open before spring break, as reported by Maryland Today.

This past summer, the university put an estimated $1.2 million investment into the new facility to create a space for the councils, according to an email from Lorae Bonamy, senior coordinator for equity and social justice for the Department of Fraternity and Sorority Life. The university will also fund a full-time property manager for the space, she added.

The MGC and NPHC councils “facilitate a place for Black, Indigenous, and People of Color students to find supportive and affirming communities that center their lived experiences,” Bonamy wrote. “Having a physical space for these students to congregate shows the institutional investment in the work that they do, and ensures their longevity and continued impact.”

Rachelle Wakefield, president of the NPHC, feels that the historical context of why the councils were founded contributes to the divide between the councils. For example, the Alpha Phi Alpha Fraternity Inc. was founded “to create a Black space because we weren’t really welcome to white fraternity and sorority life,” she said.

And although no council is perfect, all the council presidents are supportive of each other, she said.

“It’s just having our constituents … be comfortable in being uncomfortable with change,” the senior public health science and public policy major said.

Although there is always room for improvement, Wakefield said that in order to maintain the MGC and NPHC presence on campus and grow in the future, the councils are going to have to step away from how things were in the past.

Briana Mercado, the vice president of public relations at MGC, understands it can be difficult to have established housing like the other councils because they don’t have sufficient funds for their own houses — but she said having a house is symbolic of Greek life and important for all the multicultural chapters.

Not having a house on the row limits the interaction between the councils, but having a house may not even make a difference because “that’s so many different organizations, and within two different councils, all jammed packed into this one house,” said Shayne Richmond, member of Alpha Phi Alpha Fraternity Inc..

Although he understands that there are limited resources for NPHC and MGC, he feels that everyone “always is pushing back against us and trying to make sure that we don’t get it, at least that’s how it feels,” the junior finance major said.

Ashley Wells, vice president of accountability for the PHA, said the MGC and NPHC deserve chapter houses the same way the IFC and PHA have them on Fraternity Row. Having the Agora in a central location like Fraternity Row will make MGC and NPHC more visible and physically present groups on campus, the senior government and politics major said.

Michael DiDonato, president of the IFC, thinks the Agora will make it easier to collaborate with the MGC and NPHC “because now you can just walk over and talk to people there, which I think will be awesome for progression,” the senior finance and supply chain management major said.

Mercado said it is difficult to find a starting place to communicate with the other councils and form that relationship.

“From our side, there’s a lot of concern of how we fit into that community that’s predominantly white, especially being the only house that is predominantly people of color and minorities,” the junior biochemistry major said.

And although the house primarily provides a space for members of the MGC and NPHC, all four councils have had conversations about working together, and Mercado is excited to have a house so the MGC and NPHC are no longer left out of certain Greek life traditions and events.