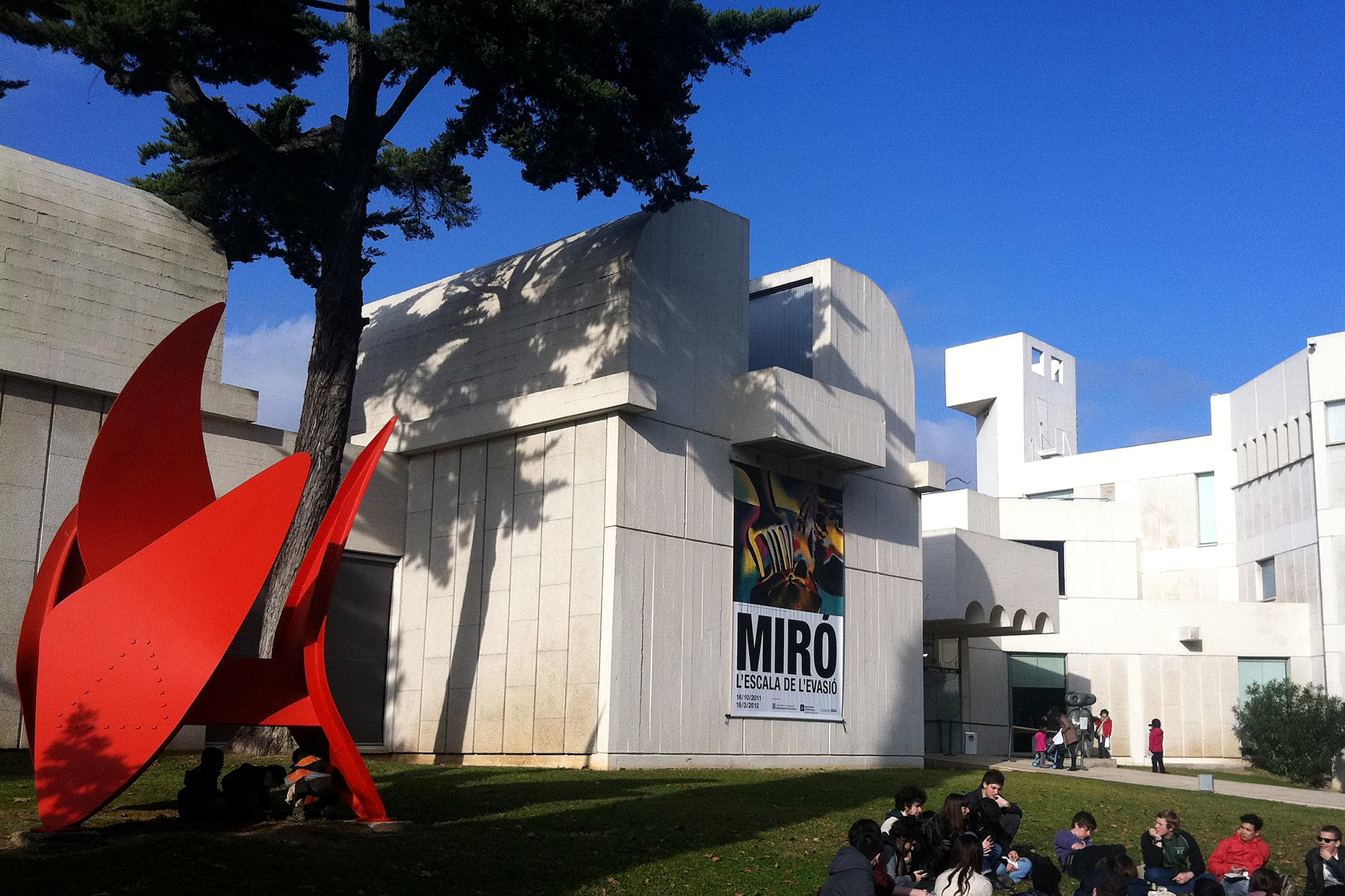 BARCELONA, Spain — A tightly built city and its church reside behind a wall that separates it from the flourishing farmland that lies just outside of the city limits. Oddly shaped trees of green, yellow and pink line the wall as a single farmer just off to the right of center hoes the soil. The land is layered with different patterns cut into sharp shapes, almost mimicking the patchwork of a quilt with a mark of cubist inspiration.

The piece, entitled, “Village and church of Mont-roig,” belongs to Joan Miró’s detailist collection, according to the Fundació Joan Miró museum in Barcelona. Mont-roig, a small village in the countryside of Tarragona, Spain, was one of Miró’s biggest sources of creativity.

Joan Prats, a close friend of Miró and promoter of avant-garde art ventures, supported the artist’s creation of the Fundació, according to the museum. Prats donated a portion of Miró’s work to the museum to accompany the works already given by the artist himself. These pieces make up the core of the original collection.

Known mostly for styles ranging from futurism to cubism to surrealism, according to the museum, Miró also found an interest in Japanese art and primitive styles that emphasized minimal features in landscape art.

While the vertical format used in “Village and church of Mont-roig” is uncommon in this genre, Miró layers different patterns to capture a unique sense of depth in the terrain.

In the cultural roots of his homeland, particularly in medieval and folk art, Miró first stumbled upon the notion of primitivism, according to the museum. The style made him rethink his understanding of painting and eventually led to his successful balance between tradition and modernity in art.

In the early 1920s, Miró’s primary points of reference were Pablo Picasso and other cubists, according to the museum. However, he was soon attracted to the literary art forms found in Paris.

From there, Miró began to merge painting and poetry to curate a series of monochrome canvases with open fields. In these works, lines and abstract forms appear as graffiti suspended in space.

This fascination with empty space reemerged in Miró’s work from the 1960s.

In the solitude of his new studio, his work process incorporated long contemplative pauses, according to the museum. Gaining influence from young American painters, his pieces grew in format, his gestures relaxed and his color palette expanded.

Poetry, which drastically altered his perception of painting, now emerged from silence.

“Silence is a denial of noise — but the smallest noise in the midst of the silence becomes enormous,” Miró said, according to the museum.

A blurry point holds an all-consuming presence in “Landscape,” leaving the space around it to resonate in nothingness. The point reinforces the presence of space around it while also emphasizing the material of the canvas with white brushstrokes layered on top.

The depth of meaning in Miró’s work is rooted in his desire to capture the essence of human existence, according to the museum. On a personal level, this desire was cultivated in an affirmation of identity that sprung from Miró’s strong connection with the land at Mont-roig.

However, Miró could only achieve this style through transgression and reconsideration of his creative style, according to the museum. Taking note from the Paris avant-garde style, Miró was ultimately able to achieve materialization of both identity and the essence of existence.

The bottom layer is a pencil copy of a painting he began in 1937, according to the museum, wherein his facial features morph into symbols of his personal world.

The top layer — done more than 20 years after the sketch — is vastly different. A graffito depicts an anonymous face of an impersonal figure that harks back to his universal perspective.

“To me, conquering freedom means conquering simplicity,” Miró said, according to the museum. “At the very limit, then, one line, one color, can make a painting.”

In one piece, titled, “Painting on white background for the cell of a recluse III,” a single black line is traced across the diagonal of a canvas. The painting demands attention as it takes up the majority of the wall, but it’s presence is quiet and calm. It shows the beauty of blending in.

Slowly reducing his style to minimalistic conceptions, Miró captures the powerful presence of something nearing nothing. Placing emphasis on the silence that echoes in the emptiness, Miró fills canvases with a new meaning of art that challenges his earlier, layered and shape-intensive style.