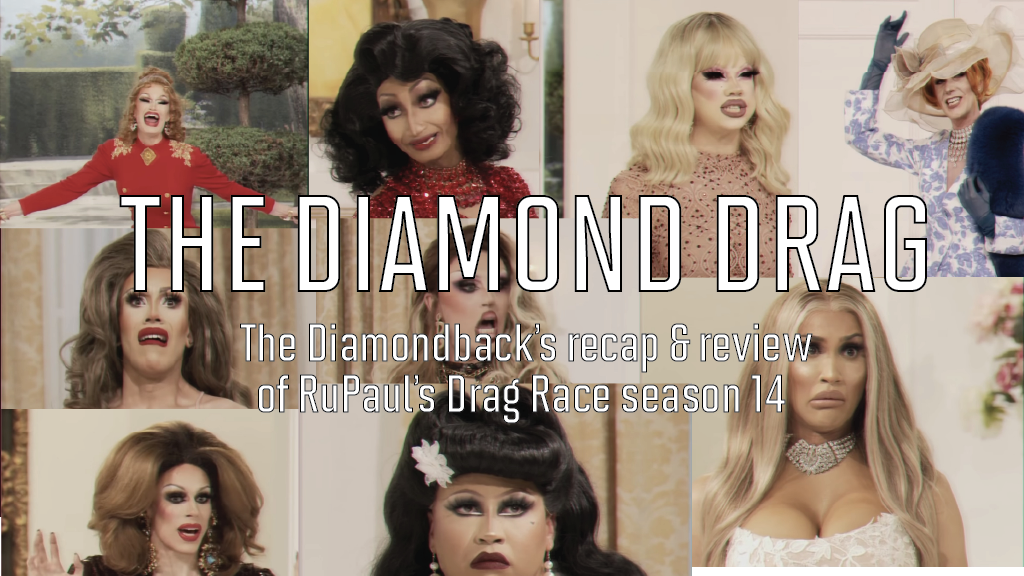 Remember last week when I said I don’t know if RuPaul’s Drag Race will have justifiable judgment and a good episode? Well, I need to eat my words immediately because this week’s episode was absolutely phenomenal. I’m still coming off of the high of how amazing it was.

The queens walk in after Maddy’s elimination, and they are sad to see her go. Things got juicy when the queens celebrate Jorgeous’ win, and Daya Betty tells Jorgeous she does not think she should’ve won and was upset she wasn’t even in the top.

Things are tense and I LOVED IT. I already love a delusional drag queen, so I also love a bitter one, and Daya was pissed.

The next day the queens walk back in and Daya decides to apologize to Jorgeous for diminishing her win. This apology seemed like a big pile of bologna. It was empty, and I don’t think Daya even knew why she was apologizing.

The queens are then called to RuMail, in what felt like the first time since the premiere. I missed it. Ru’s message alludes to something dramatic-acting related, and I was equally excited and nervous for a Drag Race acting challenge.

RuPaul enters the Werk Room and announces that this week, the queens will be starring in the daytime dramatic soap opera The Daytona Wind. The soap opera follows three famous drag families: the O’Haras, the Davenports and the Michaels.

Now normally, Drag Race acting challenges have draggy sexual puns. For example, season 10 featured a challenge called Breastworld, a parody of Westworld. At the time of this week’s episode, I thought I maybe just didn’t understand the pun, but it began to make sense once we saw the challenge edited together.

As winner of last week’s challenge, Jorgeous gets to assign the roles. She decides to be diplomatic and give the queens the roles they want instead of shadily assigning the roles.

After some time rehearsing, the queens head to the set to film The Daytona Wind with director RuPaul. Deja Skye, Kerri Colby and Jorgeous kick off the filming and right away, RuPaul makes some creative decisions.

The whole thing becomes southern and RuPaul makes sure to emphasize the importance of talking slowly and dramatically for the skit. There’s a bit of struggle mostly from Deja and Kerri but nothing horrible.

The next scene was between Angeria, Lady Camden and Jasmine Kennedie. Jasmine had me losing my mind laughing with her southern accent. And while I was living for Jasmine, my heart was hurting seeing Angeria struggle. I love Angeria and feared seeing her in the bottom.

The final scene was Willow Pill, Daya Betty and Bosco, who all really succeeded. They were making me laugh a whole lot with their different takes on a ditzy blonde.

The next day the queens walk in and get ready for the runway theme: chaps.

As the queens begin getting ready, they start discussing chaps, leather and kinks in the queer community, leading to an open conversation about the Folsom Street Fair.

For those who don’t know, Folsom is a fair in San Francisco celebrating pride in a more sexual nature. It’s not exactly family-friendly fun, but rather very sexual and kinky.

We hit the runway, and all around I think this category was really good. My favorites were Willow Pill, Daya Betty and Bosco.

I also have to take a moment to discuss one of the best runway presentations in Drag Race herstory. Lady Camden turns the corner in her all white outfit and then faceplants. My soul left my body, and I was terrified. The music cuts, and you even hear a little thud as she literally faceplants.

She’s getting up after her wig has fallen and her head held heavy — only to lift her face and reveal a fake mustache. The whole thing was an elaborate reveal to her Freddie Mercury-inspired chaps outfit. I was losing my mind. It was one of the best things I’ve ever seen in the history of seeing things.

We then watch The Daytona Wind and RuPaul prefaces the skit saying he made some artistic directorial choices. As the skit begins, the forced dramatic pauses Ru asked for while filming were done so they could edit in farts, and then it began to make sense: The Daytona Wind… as in farts.

I don’t care how old you are, farts will always be funny. I was dying of laughter and I think it’s one of the best acting challenges Drag Race has seen in awhile.

Kerri, Angeria and Deja are announced as safe, and at that point I was confused. The queens left on the stage were certainly not bad at all. RuPaul announces there will be a top two this week and they will lip-sync for the win and a $5,000 prize.

Lady Camden and Daya Betty are announced as the top two, and I pretty much agree with this. The queens lip-sync for the win to Blondie’s “One Way Or Another,” and this performance was over before it began. Lady Camden demolished it and rightfully won the challenge.

This episode was just so great. It had a little drama, a good challenge, some insightful talks amongst the queens, a good runway with an amazing reveal and an epic lip-sync.