After sweeping Baylor on the road, Maryland baseball will face local foe UMBC at home 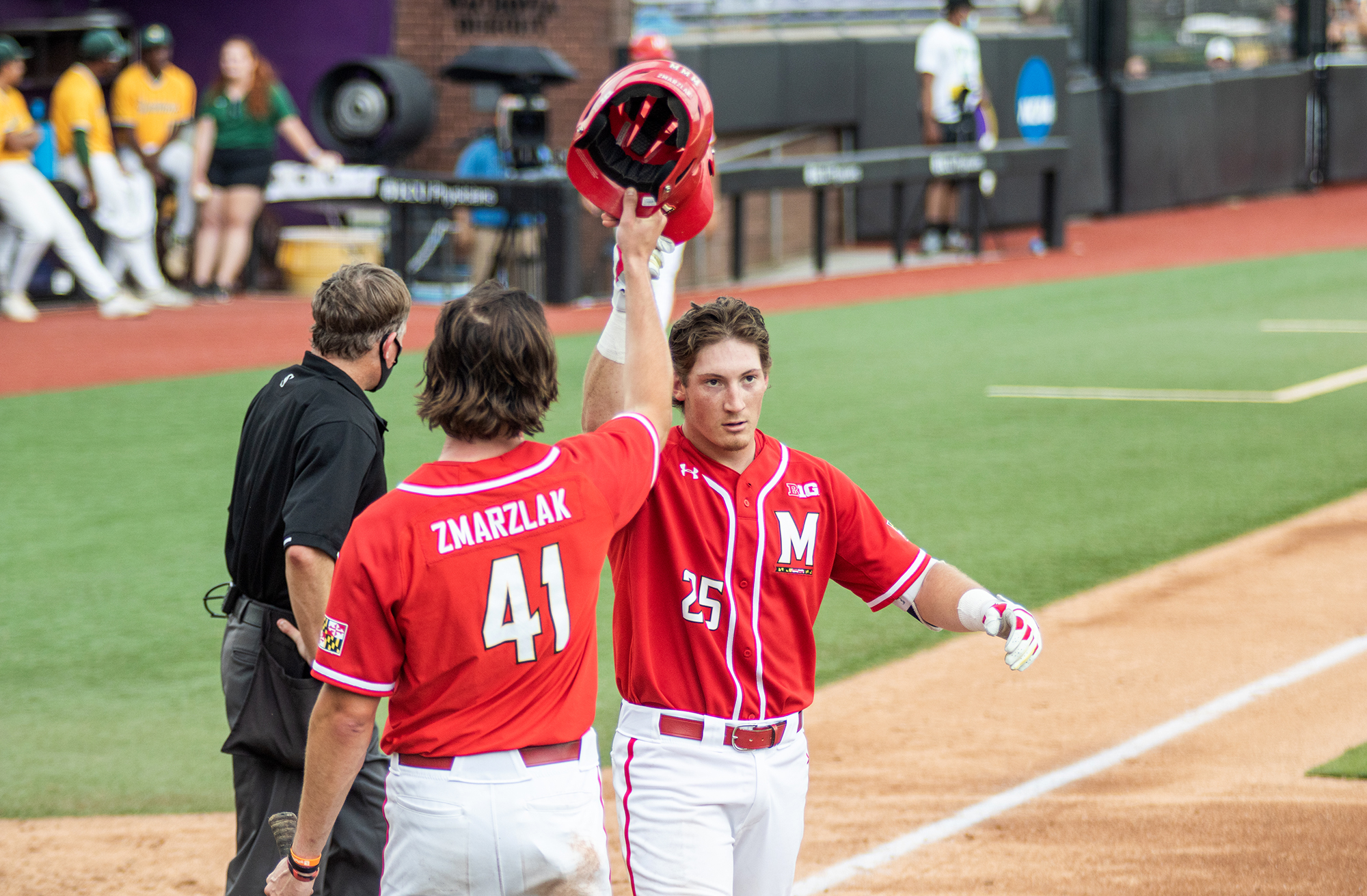 What a way to impress on college baseball’s opening weekend.

Maryland baseball managed an away sweep of a Big 12 opponent that went 31-20 last season with a brutal schedule featuring several series against ranked opponents. And not only did the Terps sweep Baylor — the games were hardly close with a combined win margin of 21-9 over a three-game series.

Several players looked to have noticeably improved since last season: Matt Shaw, Troy Schreffler Jr. and Luke Shliger. As an unexpected leadoff hitter, Shliger consistently got on base via walks and hit-by-pitches, managing a trio of stolen bases.

“I look like a genius today [for leading off Luke Shliger],” coach Rob Vaughn said Friday. “Luke was incredible today.”

Even Max Costes, who had started the first two games somewhat slow (2-8) at the plate, slammed two homers and a double to wrap the series.

Despite the Terps’ definite improvement, Baylor’s fielding was shoddy at times. Six total errors on the weekend by the Bears allowed several opportunities to arise for Vaughn’s squad.

Still, this three-game away series is the first one Maryland has swept under Vaughn.

Maryland is a baseball school https://t.co/0xaIDgRe41

This series win seems to be a small overall step in the program being taken seriously in  the national college baseball landscape.

D1Baseball.com agreed, ranking the Terps at the highest of any Big Ten member at 22nd.

The Terps’ next matchup with UMBC shouldn’t present much of a challenge in contrast to Baylor. The Retrievers’ pitching looks to be mediocre, having only one pitcher with a below 5 ERA last season and allowing  21 runs to start the season against Navy.

Where UMBC threatens is in their approach at the plate. Nineteen runs through their first two games — albeit one extra inning game — should not be underestimated. While the Retrievers aren’t slugging balls out of the park, they have six extra-base hits so far.

[Offense explodes for Maryland baseball in second win against Baylor, 9-5]

UMBC’s Ian Diaz looks to be the player to watch, maintaining an on-base plus slugging percentage of over one last season and was their most dangerous hitter.

The starting pitching for Wednesday’s game is somewhat up in the air. Maryland’s bullpen availability is in a similar spot, after Jason Savacool claimed they were running thin in that department.

This fact was reinforced by position player Nick Lorusso closing Sunday’s game even though he played there for Villanova as a freshman.

That’s where problems arise. Nick Dean likely won’t start, and Savacool racked up more than 90 pitches. Ryan Ramsey went high on Saturday as well, even though he might be available for a couple of innings.

Regardless, the Terps are coming to fight in their home opener. Maryland has a 23-6 home record in its past two seasons. This game is the Terps’ to lose.

It might be appropriate to be more than cautiously optimistic about the 3-0 Terps.

But one thing is for sure: They have a long way to go.