Offense explodes for Maryland baseball in second win against Baylor, 9-5 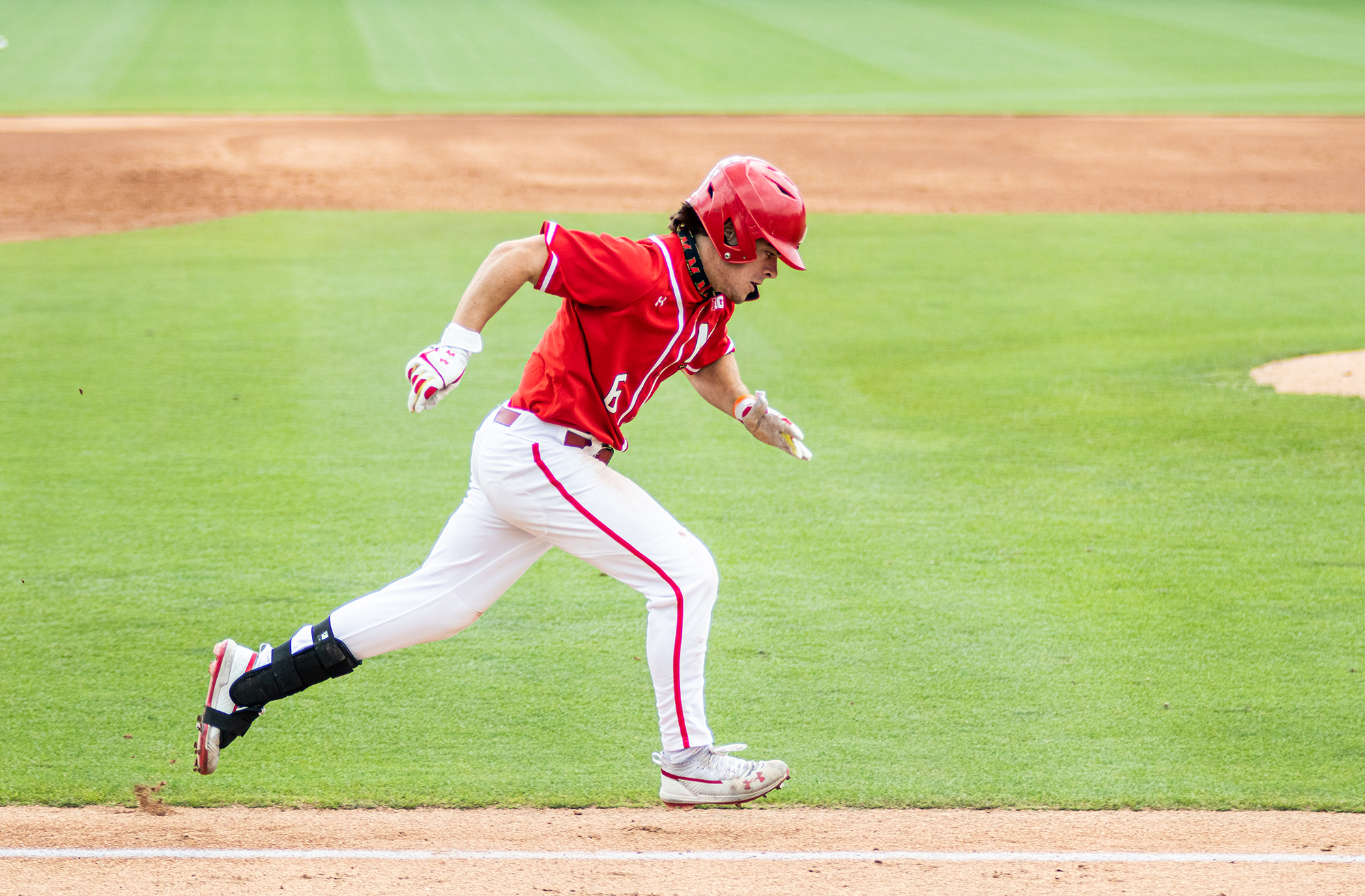 From an early jump in the score, to a solo homer and a late rally that kept proceedings in its favor, Maryland put together a more complete offensive performance over its opening weekend foe.

And for all of that, they’re 2-0 on the season. Clinching the series win with the help of another early rally, the Terps cruised to victory, 9-5.

Helton didn’t get much help at the next at-bat as Nick Lorusso hit a bouncing grounder to third that slipped free and scored a pair of Terps to quickly make it 3-0. The Bears’ starter then settled down as Troy Schreffler popped a single to add the fourth run of the inning before Riley Langerman struck out to end the inning.

Ryan Ramsey — in his second career start — impressed early. A quick 1-2-3 first inning ending with a pair of punch-outs capped off a dominant 4-0 inning for Maryland.

Baylor would try to respond the following inning as they placed runners on second and third with a pair of hits, but no dice for the Bears as Ramsey managed the final two outs.

Then, the towering 6-foot-5 Bobby Zmarzlak stepped up to the plate in the third. The Terps’ somewhat inconsistent offense needed a spark and as Zmarzlak cranked a high ball to center, he provided it.

A solo homer from Zmarzlak cushioned Maryland’s lead as Ramsey finished out the inning. Ramsey wasn’t as dominant as Dean the night before, but Baylor largely remained scoreless until a fourth inning rally gave it hope.

Briefly losing control of his pitches, Ramsey allowed a pair of runs. The junior faltered, allowing runners on base with a pair of hit-by-pitches that the Bears took advantage of with a two-RBI single.

That hope wouldn’t linger long, however, as Ramsey regained control, retiring batters in order the next frame out and Maryland jumped back into tune on offense. The ensuing offensive rally would begin courtesy of Baylor’s third baseman, again, as he erred to allow Shliger on.

A wild pitch advanced Shliger to second and a missed tag allowed him to reach third.

Maryland performed better on the day, but the Bears’ mistakes were allowing the Terps to run away with the contest. Shaw drove Shliger home and more mistakes piled up for Baylor. All of a sudden, it was 8-2.

With Ramsey dealing, it was all but over. It was Maryland’s day again, even Sean Heine taking over for Ramsey easily retired Baylor’s lineup in the 7th with a handful of pitches.

The Bears would threaten late, catching Heine napping with two outs and snuck in a run along with loading the bases. A clutch fly-out would strand all three runners, but Baylor would have one last grasp at a win in the ninth inning.

Closer Nigel Belgrave would struggle a bit in the final frame as the Bears tried to claw back into contention, loading the bases at one point with Baylor fighting a five-run deficit.

But it was too much. Belgrave finished the inning off two consecutive outs and Maryland advanced to 2-0.