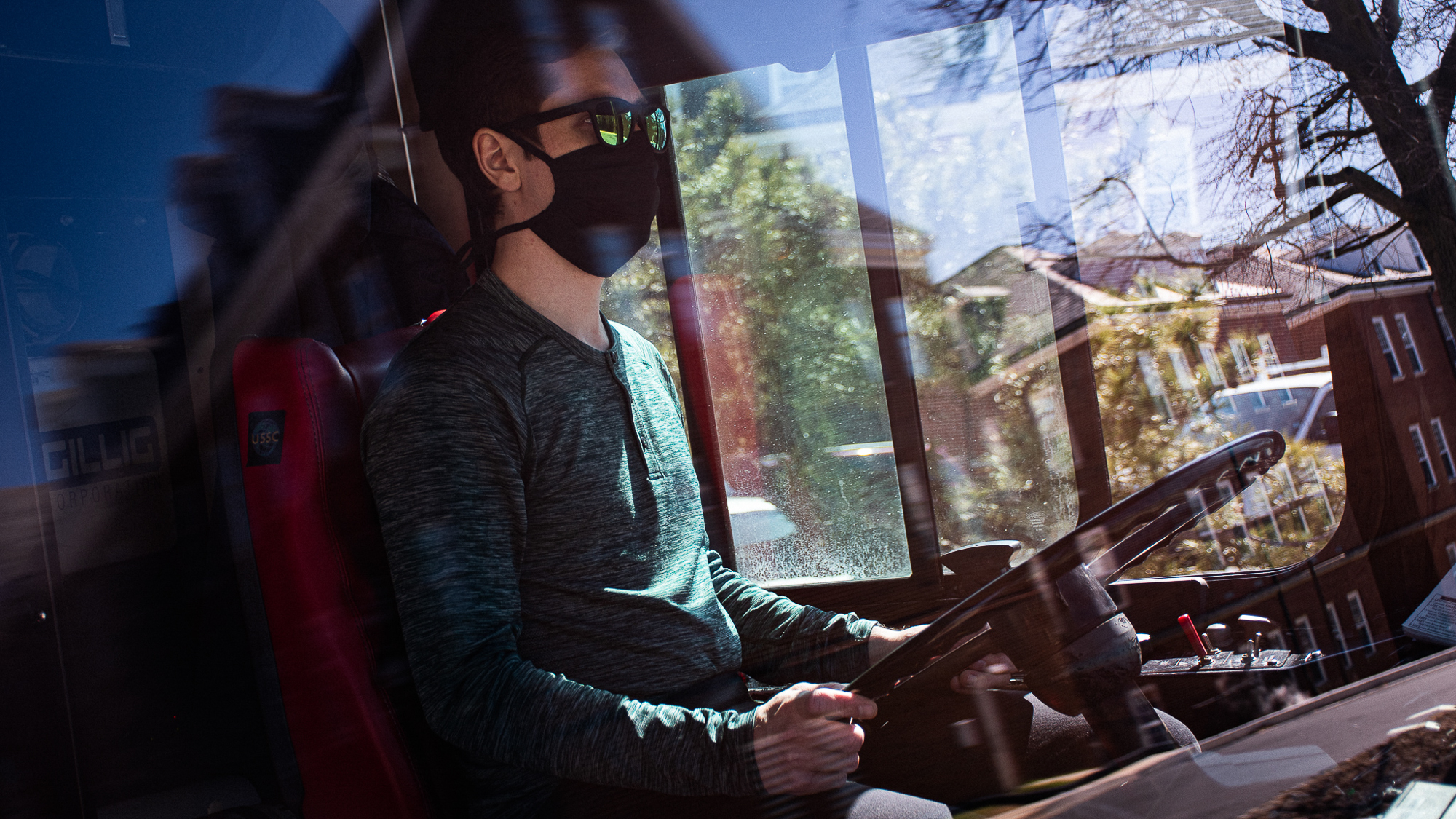 To attract more Shuttle-UM drivers, the University of Maryland’s DOTS is offering student trainees $16.50 an hour as of Jan. 31, which increases to $18.50 after they receive their commercial driver’s license.

But to full-time Shuttle-UM drivers Nicole Sealey and Nancy Vaughn, it’s a slap in the face.

“I’ve been here eight years … and I just made it to $20 an hour,” Vaughn said. “I am disgusted that they’re willing to pay the students $18.50 an hour once they get licensed. That’s so unfair.”

What Sealey and Vaughn are talking about is called wage compression. According to Todd Holden, the president of local AFSCME 1072 which represents University of Maryland employees, wage compression is “what happens when people who’ve been on the job for a while suddenly find that they’re getting paid the same or less than people who have just started.”

Holden added that the University System of Maryland raising the minimum wage to $15 an hour for all union represented employees has been a driver of wage compression, which means this phenomenon isn’t something that’s isolated to Shuttle-UM drivers.

Rhonda Leneski is a housekeeper in Ellicott Hall and said new hires are making just as much as her — $15 an hour — despite Leneski having worked at this university for over 20 years. Leneski added that she and her regular status coworkers are only now receiving $15 an hour, which adds to their frustration now that new housekeepers are getting the same salary.

Given the ripple effects of raising the minimum wage, Holden believes the university ought to give seniority a bit more weight.

“There are a bunch of people who have been working for the universities for years, and in some cases decades, who weren’t yet making $15 an hour,” Holden said. “That obviously needs to be addressed because length of service and seniority really should mean something, especially when a person is a public employee.”

Renee Brown, another Shuttle-UM driver, said she’s fine with students making $18.50 an hour but wants to see her and her fellow drivers’ salaries raised to compensate for the raise students are receiving.

“My problem is we need to have our salary adjusted upward, and I believe that would be fair,” Brown said.

Another issue Shuttle-UM drivers have raised is the university’s Department of Transportation Services seems to have the money to offer raises to students, but full-time drivers only receive raises from the state of Maryland, according to three drivers.

“DOTS, what about your full-time drivers?” asked Brown. “If they have this type of money, how come they didn’t increase our salaries?”

In 2016 and 2018, DOTS received approval from University Human Resources to increase the salaries of full-time regular status drivers. In 2016, the hourly wage went up by $1.57, and in 2018, the drivers got a 4.6 percent raise, according to DOTS.

Sealey has worked as a driver for six years and makes $19 an hour, 50 cents more an hour than students with a commercial driver’s license would make. Sealey called out David Allen, the executive director of DOTS, for wanting to hire as many as 75 student drivers by next fall, as was previously reported in The Diamondback. Sealey said students simply aren’t as experienced as full-time drivers.

Students need to complete approximately 100 hours of paid training at this university to get their commercial driver’s license, which Sealey said pales in comparison to just how much time behind the wheel full-time drivers have.

“[David Allen is] slapping the face of the people who come in every day because we’re mandated to be here,” Sealey said. “We are experienced drivers. There is not one person I could say who’s a driver now who has less than five years experience. Other than students.”

In response to full-time drivers’ concerns, a DOTS statement said the department is recruiting students because of a nationwide shortage of drivers.

The statement also clarified that students can only work 12 hours a week, which means DOTS needs to hire more students to equal the hours a full-time driver works in a week.

Vaughn added that, in her experience, student drivers are unreliable. She said full-time drivers commonly have to pick up their shifts when they don’t show up for work. According to DOTS, there are currently 17 student drivers on staff, and Vaughn said she thinks Allen’s desire to get 75 total student drivers won’t happen.

“I don’t care how much money you offer the students,” Vaughn said. “[DOTS is] not going to get the numbers they want. It’s not going to happen. So they’re still going to have to continue to use full-time drivers.”