Review: ‘Uncharted’ repeats genre staples, but has fun doing it 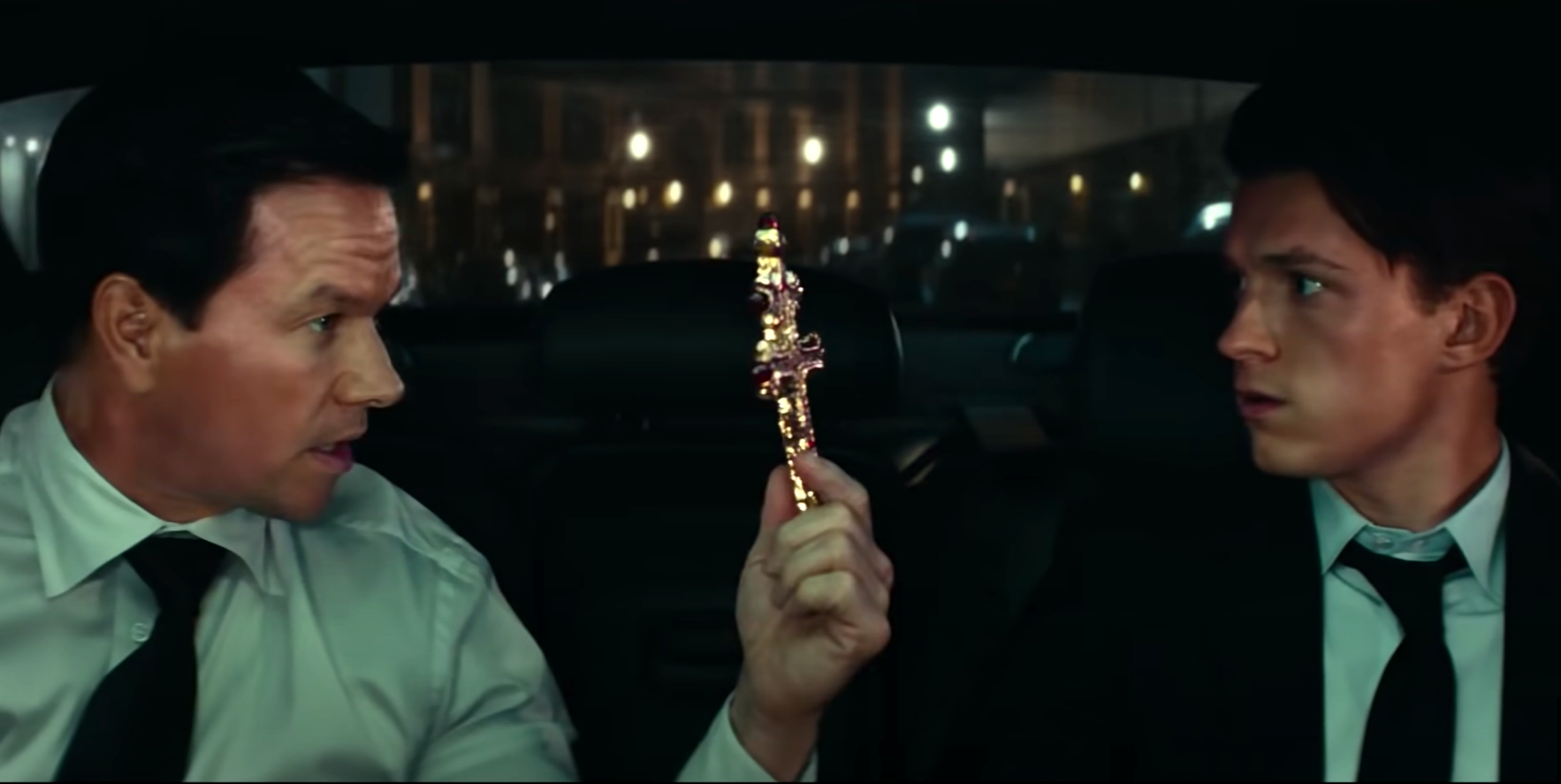 Based on the Sony video game series of the same name, the Feb. 18 release offers viewers a high-stakes adventure as Drake and Sullivan globetrot after a hoard of gold left by Ferdinand Magellan’s crew. It’s sort of like Indiana Jones, National Treasure, or more recently 2021’s Red Notice. In that film, Ryan Reynolds and Dwayne Johnson have similar buddy energy to Holland and Wahlberg, although Red Notice does something more interesting with its dastardly doublecrosses than Uncharted could evidently muster.

Uncharted does bring something new to the treasure hunting scene: being based on a video game. While that doesn’t add a whole lot other than the occasional “Oh, that’s like the holster he has in the games!” the opening scene feels different knowing it comes from an interactive source material. Instead of just watching Holland flip through the air desperately grasping at crates hanging out the back of a cargo plane, it feels like being thrown into a quick-time event after first loading up a game.

High action sequences are a saving grace of Uncharted, mostly because they don’t take themselves too seriously. For example, Drake, leveraging his considerable bartending skills, takes a shot and spits it through a candle to fend off a generic thug with a fireball.

Holland pulls off the charming young rogue expertly throughout and Wahlberg the sour veteran of looting priceless artifacts. The rapport that emerges between the pair is interesting, but more importantly, it’s entertaining. Sophia Ali plays Chloe Frazer, a fellow treasure hunter and more fodder for the genre’s requisite betrayals in blind pursuit of fortune.

[Review: ‘To Carry a Sword’ creates a fun environment with imperfect mechanics]

Speaking of the blind pursuit of fortune, Uncharted and other films in the vein show looting and theft of historical treasures in a problematically positive light. In this one in particular, their greed leads to most of the finds being smashed against rocks and falling into the ocean. Drake and Sullivan are the good guys only in that they don’t commit murder in broad daylight. The bad guy treasure hunters — because there always needs to be a worse-intentioned group — are led by the sinister and shrewd Braddock, played by Tati Gabrielle. Regardless of what side they’re on, both groups have the same goal: To get rich quick by stealing historical treasures.

Protagonists, of course, need not be morally upright or make the ideal decisions for the real world. In fact, they are far more interesting if they don’t. A Nathan Drake who vowed to deliver all of the treasure to the proper museum or federal agency would be correct, but he probably wouldn’t bless the viewer with pirate shenanigans on a ship being carried by a helicopter.

Despite not adding much novelty to the growing pot of treasure heisting movies, Uncharted is fun to watch. The action sequences kept me on the edge of my seat, and Drake tricking Sullivan into owning a cat gave me a good chuckle. There are certainly worse ways to spend the nearly two-hour runtime.