Review: ‘To Carry a Sword’ creates a fun environment with imperfect mechanics 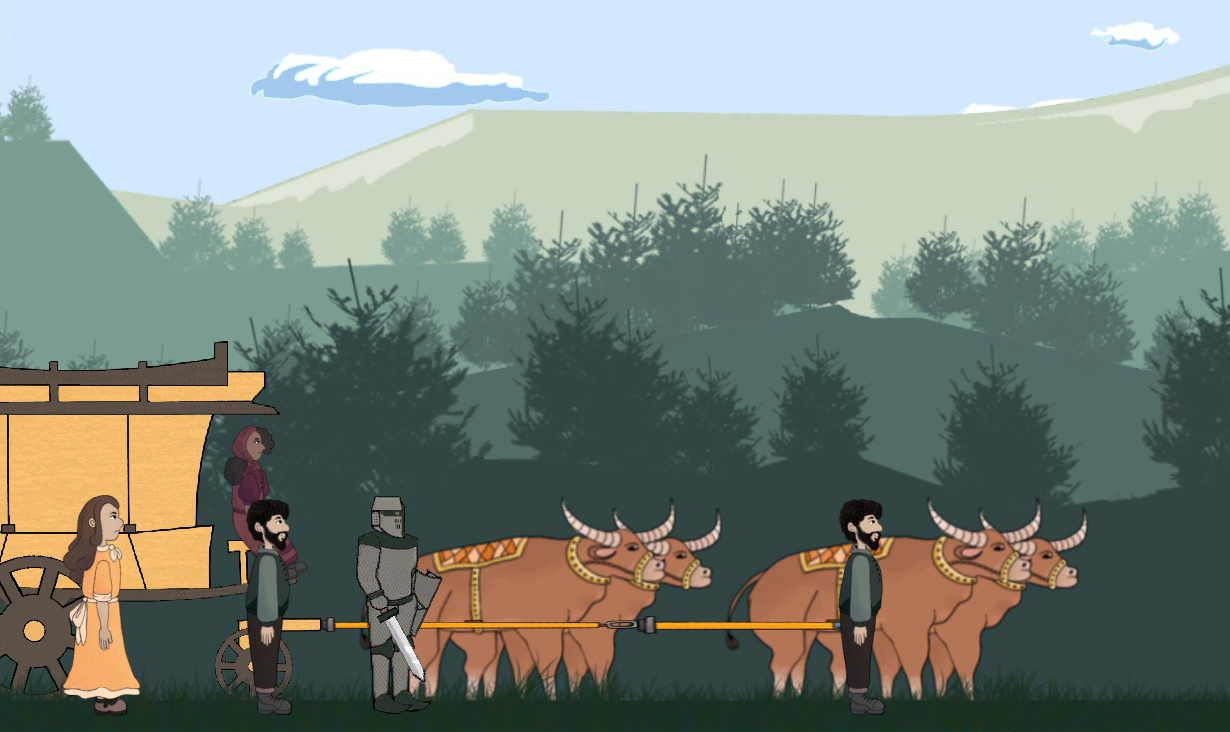 To Carry a Sword takes the format of The Oregon Trail to its natural end, a collection of small sojourns that tie into one sprawling, player-determined adventure.

In the new strategy game, the player is tasked with making a career as a caravan guard in medieval times. Unsurprisingly, the protagonist carries a sword to protect against bandits and robber barons on the treacherous roads.

The map features 11 settlements, most of which have places to buy equipment or learn new skills. To travel between settlements to, for example, access a particular piece of gear only sold in a specific settlement, the protagonist must join a caravan taking that route. The caravan offerings circulate depending on the town and the player’s “fame” statistic.

The life of a caravan guard restricts player choice, for good reason. Many games feature a fast travel mechanic to get around a map. But To Carry a Sword is all about the travel and the people you’re traveling with. Holding players accountable to their character’s budding career as a guard slows down the experience to let them bask in the journey. Of course, slowing down the journey does result in some skipped text boxes once a few instances start repeating around the third journey.

In each journey, text-based gameplay offers the player choices on how to interact with the caravan members, often with special options afforded by acquired skills. Players can collect wide leaves to keep rain off of travelers if they are a learned survivalist or help calm the oxen if they are skilled in animal handling. That diversity of interaction made me want to spend silver on skills to be more helpful to the caravan.

Skill dependent options are not a novel concept by any stretch. They exist everywhere from The Outer Worlds to text adventures such as Choice of the Dragon. In To Carry a Sword, the effects seem uniquely poignant because skills are directly tied to whether the caravan survives. And the game shows you how well you’re helping the caravan with a “goodwill” statistic.

Each journey is assessed based on “respect,” “camaraderie” and “goodwill.” The last measures how well you help the group beyond your role as a guard. Talking to people and making friends will raise the camaraderie score, which is much more wholesome than everyone dying of dysentery. Doing your tasks, such as killing bandits (or just convincing them to go away, for the less bloodthirsty among us), will garner the group’s respect.

Combat is the primary live-action gameplay, contrasting the mostly static text interface. A wide two-dimensional arena appears, and enemies attack from both directions. The combat is awkward and restrictive, but enjoyable. It amounts to swinging where there is no shield, depending if the opponent is standing or crouching. Getting better gear in the towns can increase the speed at which you can eviscerate kneecaps and the power with which you do so. That establishes a reason to visit towns, along with training skills.

So you join caravans to get to towns to buy stuff to better protect the caravans you join to get to different towns. It is a fairly tight gameplay loop that is at risk of becoming stagnant pretty quickly.

But game developer We Three Nouns threw in the lazy-developer key to infinite replay value: modding potential. The menu includes instructions on how to edit the game data to add unique text and interactions. While there is something vexing and hollow about developers telling players to make their game better on their own, this seems innocent enough because the game is solid without modification.

As a vanilla supplement to the core gameplay loop, there are four factions with interactive quest lines. That is a lot of story content, and the format gives it plenty of room to breathe, reminiscent of Where the Water Tastes Like Wine, another great game that tells you to enjoy the journey.