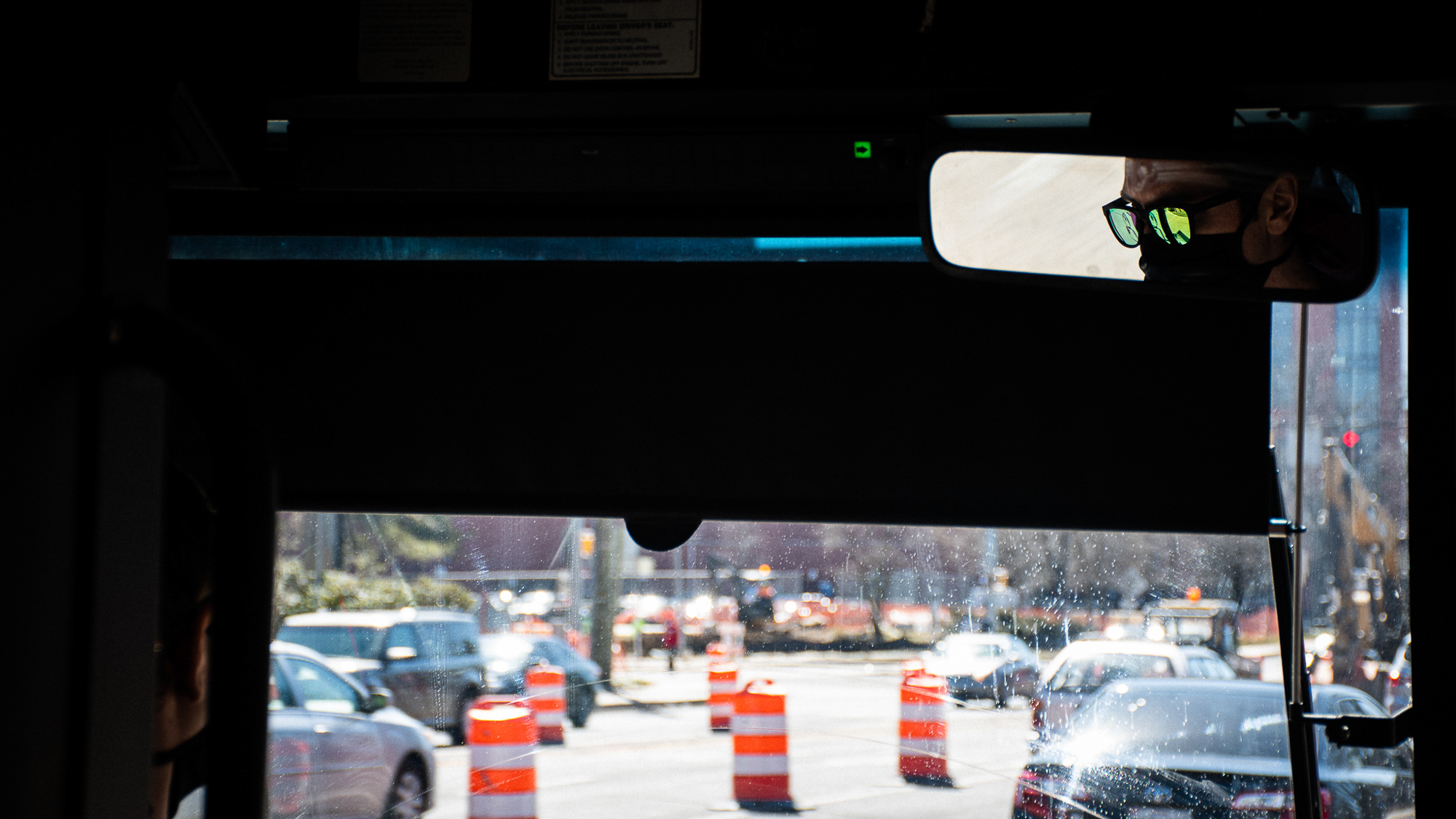 University of Maryland Shuttle-UM drivers want their passengers to be safe, and some feel their higher-ups aren’t listening to them about current safety hazards that exist on and around the campus.

“My … concern is the safety with all the construction going on on campus and along Route 1,” Shuttle-UM driver Nancy Vaughn said. “It’s like management is just throwing us out there and not looking at what’s going on.”

But other than Purple Line construction and other campus projects that make routes unpredictable, other safety problems exist, according to multiple Department of Transportation Services drivers.

“I’m sitting there at Lot 4B at the stop sign letting kids off … cars are coming from around me, and the kids are almost getting hit,” Izzard said. “​​I have to put my arm out the window to slow people down. Some do, some don’t, and they just keep going.”

Ghaiesha Legrand, a transfer student who is majoring in English, uses the shuttles to get around on the campus. Legrand said she feels safe riding the bus, but like Izzard, she wished drivers would be more cautious when it comes to pedestrians crossing the street.

“Some don’t stop,” Legrand said, “I’ve seen it quite frequently.”

Keelyn ​​Gallagher, a public policy graduate student, frequently takes the #108 Adelphi bus and shares the concerns of both Izzard and Legrand about safety hazards.

She added that she has “felt fearful” getting off the bus at Metzerott Road and has had to back up “because there was someone coming.”

On Izzard’s route, drivers going around his bus and disregarding people crossing the street happened enough times for him to approach his general manager Korbin Figg about it. Izzard asked what could be done, telling Figg, “I don’t want to see any children get hit.”

Izzard said his general manager responded by saying that he would look into it.

Nicole Sealey, a Shuttle-UM driver who used to drive the #105 bus, said she also brought up this exact issue to DOTS safety and policy officer Dan Shilling, but the issue wasn’t addressed.

But when Izzard called the University of Maryland Police Department last semester about cars speeding past his bus while he was dropping off passengers, Izzard said it took no longer than three weeks for University Police to respond.

“In Fall 2021, Shuttle-UM safety and training staff identified a pedestrian crossing issue at one of the Paint Branch Drive bus stops and immediately requested approval from Facilities Management to install a pedestrian crossing sign. Upon receiving approval, a sign was installed,” a statement from DOTS said.

While the stop at Lot 4B has been made safer, Vaughn said cars going around buses and almost hitting pedestrians isn’t something that’s isolated to one stop. She said this problem is the worst at the Administration Building and at the stops in front of the Memorial Chapel because of the hill.

“That happens at all the stops,” Vaughn said.

Izzard said safety hazards exist beyond cars almost hitting crossing pedestrians. One example he brought up occurs on the #104 College Park Metro route. Ever since construction on the Purple Line began, the bus goes on to College Avenue. Izzard said College Avenue is too thin and said there are often delivery trucks that constrict the roadway.

“You got students darting across the street from Dunkin’ Donuts to Papa John’s to Target,” Izzard said. “It’s just not safe going down College Avenue.”

Izzard suggested the #104 bus go down Calvert Road instead because it’s clearer, but so far he hasn’t gotten any promise of action from Shilling. Izzard said he’s raised this issue about the #104 route “numerous times” but “nothing has been done.”

The statement also said a safety team evaluated the safety of College Avenue before the rerouting was finalized. Izzard, though, feels like drivers’ input should carry more weight. In his words, “We are the ones that are out there on the road.”