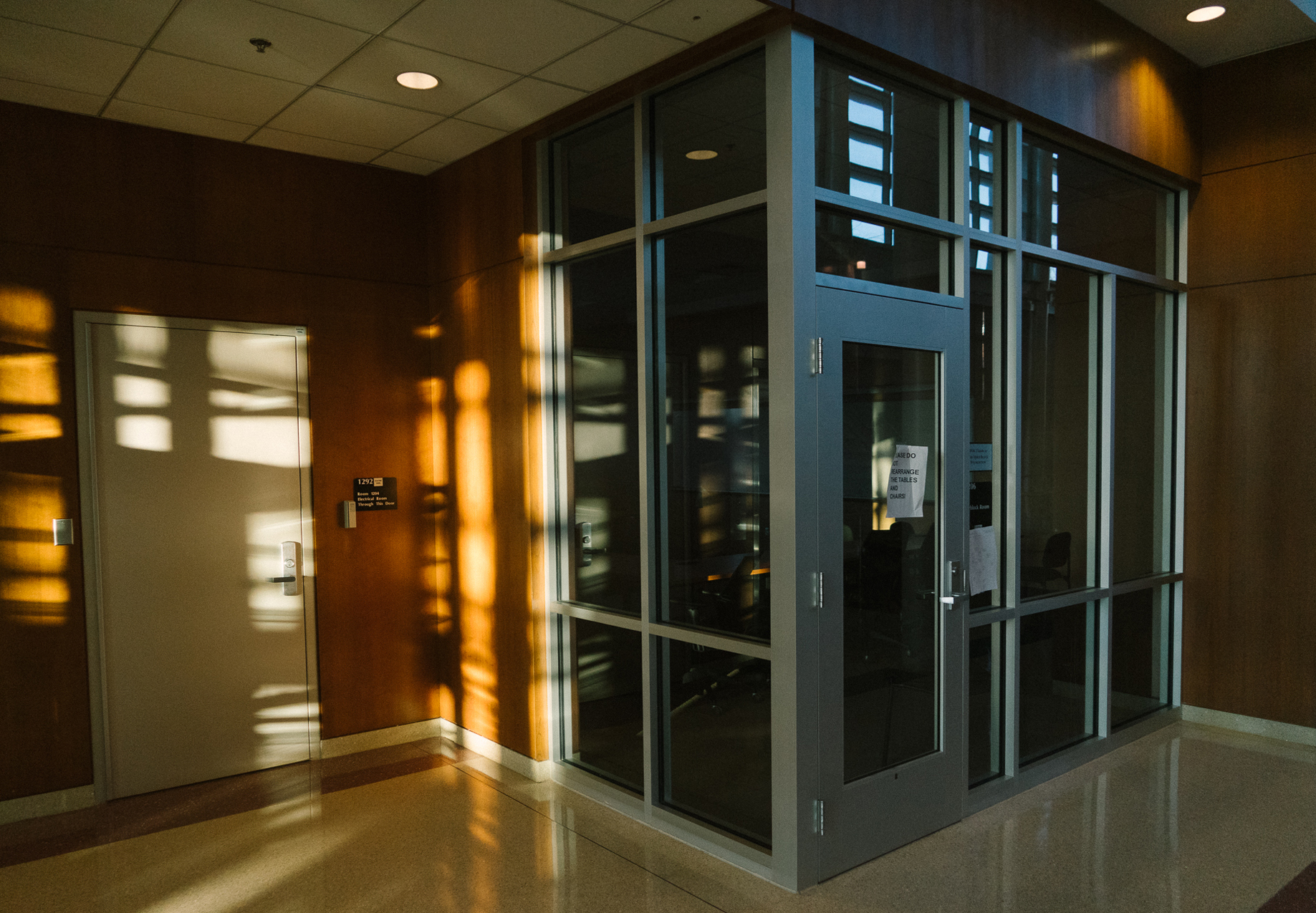 University of Maryland campus buildings may not be properly built for potential gun shootings and are unsafe, according to some faculty and students.

University buildings such as Knight Hall, the Iribe Center and Edward St. John Learning and Teaching Center are constructed with transparent glass, which makes it visually easier for a potential gun shooter to see crowds, said Marcus Boyd, the director of this university’s START program and a professor for terrorism studies classes. He calls the buildings’ clear glass “an issue.”

Boyd, whose work focuses on interior and exterior space design, said construction in some school buildings is a “significant concern in design” as students don’t have cover or concealment from an event like a gun shooting.

If a gun shooting happened while Boyd was teaching in person, he would barricade the classroom to protect him and his students, he said. But with the glass being transparent, barricading in a visible classroom presents a problem.

“Being just behind glass, you’re at risk,” he said. “Finding cover, finding concealment is what you need to do.”

Kyle Verycken, a senior architecture major, said there’s “no way” to hide in the architecture, planning and preservation school building if a shooter was present there.

University of Maryland Police Chief David Mitchell said the university can install a film onto the glass that can be “blurred for privacy” in the future. While the buildings’ windows can present a problem, he said objects such as a building’s shrubbery can be a tool for attackers as well as they can hide in them.

The long hallways — like the hallways on the side of Knight Hall where computer labs are located — could also be a problem in the event of a shooting.

“You’ve got a long hallway to get to a singular exit, and that causes problems,” Boyd said.

Sasha Allen, a freshman journalism major, said Knight Hall is aesthetically pleasing to look at, but not safe for gun threats.

“Architecture is very pretty, but it’s super open. It’s just not the best in terms of safety,” she said.

Zainab Bundu, a junior computer science major, also said along with the glass, the buildings’ exits present a hazard. The first time she went into the Iribe Center, she couldn’t even find the nearest exit.

“The number one thing they can do is honestly just work on creating more exits,” she said, adding if the building is at full capacity, it would be hard for everyone to escape.

Even with community members’ concern about building safety, Michael Egnoto, an assistant clinical professor at the FIRE program who researched school shootings as a graduate student and a faculty member at this university, said this university is more equipped for a school shooting than other universities he has worked for in Colorado and New York.

The university has ShotSpotter, acoustic equipment installed throughout the campus. If a loud noise similar to a gunshot is detected, the equipment alerts the police. It is not an active listening system.

According to Chief Mitchell, ShotSpotter detects the precise longitude and latitude location of where the gunfire comes from and alerts the UMPD’s 911 center within 30 seconds.

ShotSpotter’s sound radius covers the entire campus, and he hopes to increase the radius further to Route 1 and nearby bars.

Faculty and students have also said counter threat drills, plus adding more maps and signage to buildings, could be beneficial as well because they would give university community members awareness on how to evacuate a building safely.

Redesigning the university buildings would be ideal but could cost up to “hundreds of millions of dollars,” according to Boyd.

During busy class times on the weekdays, anyone can go inside campus buildings. Some members on the campus said requiring swipe access to enter these buildings would ensure safety in an emergency.

“I think swipe access is a brilliant idea,” Boyd said.

Others think requiring swipe access to school buildings is a more complicated way of ensuring safety.

Chief Mitchell said this university is an open campus that embraces the community and encourages people to use the university’s resources. A potential gun shooting could take place outside as well, in which required swipe access would prevent people from taking cover inside.

“When they’re making building improvements, we do need to have these sort of considerations in mind about how do we keep students, faculty staff safe,” Boyd said. “It’s a really important topic.”