In the theater turned museum, the work of Salvador Dalí finds its home 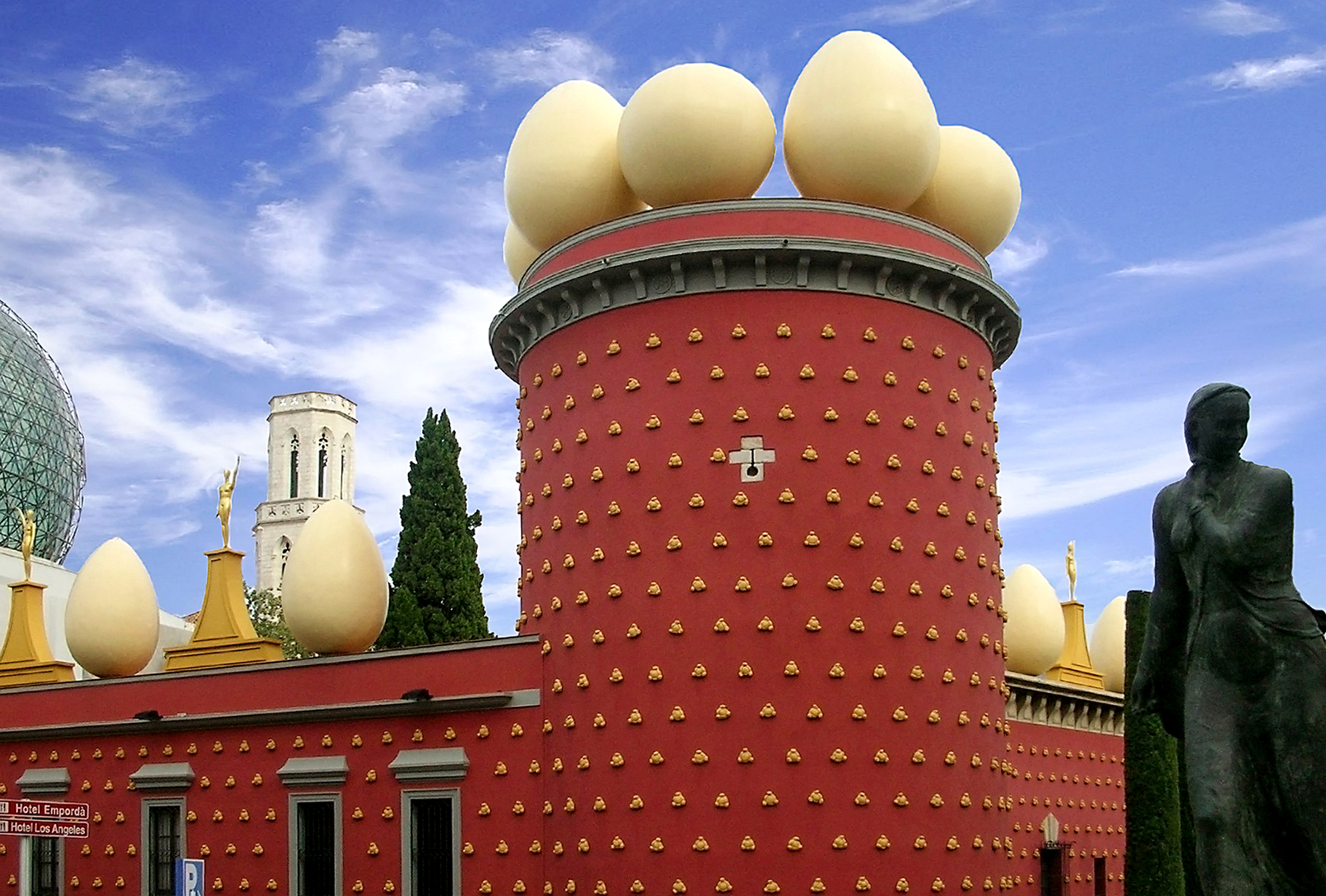 A scuba diver statue stands directly above the entrance of the Dalí Theatre-Museum in Figueres, Spain. Surrounded by romanesque statues holding large, golden baguettes, the scuba diver welcomes visitors as they dive into Salvador Dalí’s dreamscape.

The collection of surrealist artwork is housed in an old theater, which the famed artist worked on during the first half of the 1970s and spent most of his time transforming it into a museum, according to the museum. Pouring his unique artistic knowledge into the museum’s design, Dalí showcases his vast range of painting styles and artistic mediums in an unparalleled and unapologetically authentic way.

Upon entering the museum, visitors walk down a curved hallway plastered with black and white drawings. Each framed sketch is an unconventional compilation that leaves onlookers entranced by both its stylistic complexity and unnatural portrayal of otherwise common figures.

In one drawing, a woman, naked from the waist down, is crawling toward the back corner. Her face is scrunched and chest is hidden as octopus tentacles envelop her upper body and neck. With her arms free, the woman reaches forward to grab a skull laying in front of her.

One tempera painting, entitled “La Venus qui somriu (The Smiling Venus),” showcases Dalí’s pointillist technique in which small, distinct dots are used to capture a marine view. In the forefront of the painting, a nude woman is splayed out on a white blanket. While overtly sensual in its scenic depiction, the piece embodies a dreamlike nature as it blurs the composition just enough to make the realistic image seem unattainable.

Meanwhile, other pieces stray much farther from the physical world and approach an other-worldly form of expression. In “The Persistence of Memory,” clocks turn limp in a bleak dreamscape as time loses all meaning.

Mastering what Dalí called the “paralyzing tricks of eye-fooling,” according to The Museum of Modern Art, the artist sought out to confuse viewers to discredit the world of reality.

Although escaping the boundaries of reality to create these illusory landscapes is common in Dalí’s work, some pieces were influenced by events of their time and enabled Dalí to comment on current issues through the use of exaggeration in absractism.

In his 1938 oil painting “Imperial Violets,” Dalí portrays the discerning truth of the Second World War — a grave lack of communication between the Great Powers, according to the museum.

Dalí depicts a disconnected telephone, devoid of any function, sitting on a silver plate and isolated from the darkened, dreary world around it. Only dead fish lie next to the oversized, abandoned telephone, illustrating world leaders’ neglect in communicating with one another, despite having the technology at their disposal.

From miniature and large scale canvases to furniture and sculptures, Dalí conceptualized the world of his imagination seemingly in any way he could. A master of many mediums, Dalí even extended his art to jewelry.

“I too refuse to be confined. My art encompasses physics, mathematics, architecture, nuclear science — the psycho-nuclear, the mystico-nuclear — and jewelry — not paint alone,” Dalí commented in 1959, according to the museum. “My jewels are a protest against emphasis upon the cost of the materials of jewelry. My object is to show the jeweler’s art in true perspective — where design and craftsmanship are to be valued above the material worth of the gems.”

Keeping in theme with his outlandish style, Dalí dressed the jewels up on crystals with elaborate golden accents.

“The Space Elephant,” a small, yellow gold elephant with thin, elongated legs, stands atop a large crystal base, carrying an aquamarine crystal on its back. Emeralds and diamonds are cast in the elephant’s torso, bringing a sort of elegance to the creature’s frail stature.

Mesmerizing in their natural shine, the jewelry offers an embellished and glamorized conceptualization of the abstractionism Dalí displays in his paintings.

Distinctly himself in all of his work, Dalí skillfully transports viewers outside of their physical sphere and welcomes them into his seemingly limitless mind.