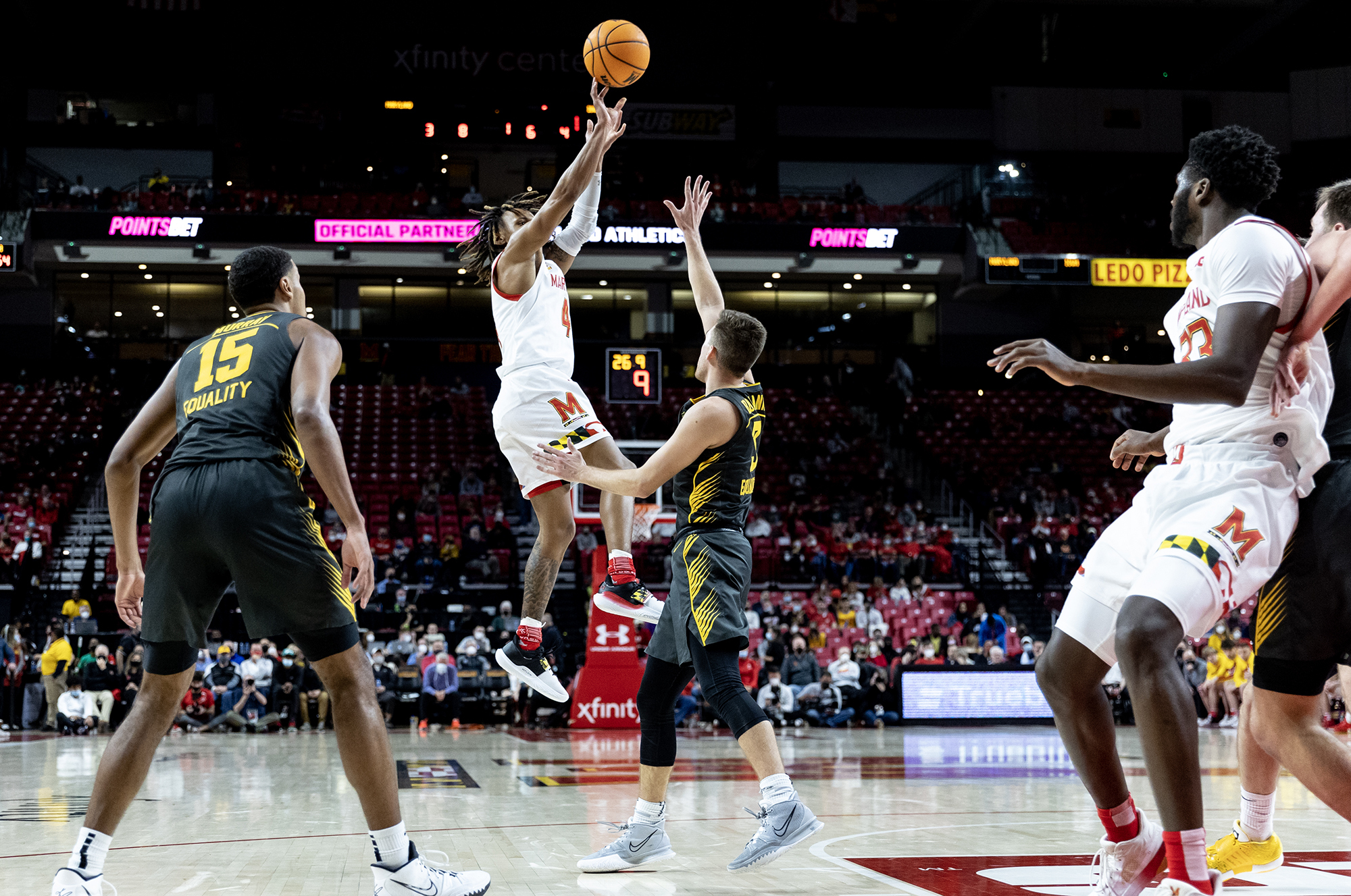 Maryland men’s basketball clocked two losses last week — one to a fearsome ranked opponent and another against one of the most impressive offenses in the Big Ten.

While the outcomes of the matches were both the same and the Terps added two more ticks in their loss column, the games themselves could not have been more different.

Maryland’s only conference wins of the season have come in rematch games. Iowa broke that streak and downed the Terps in dominant fashion, 110-87.

And while the Terps held Murray to five fewer points than he scored in the teams’ last meeting, they left another Hawkeye wide open. Jordan Bohannon, the second most prolific three-point shooter the Big Ten has ever seen, was in his own world behind the arc.

Bohannon rained threes on Maryland — he dropped 30 points, the same as conference scoring leader Murray, all on three-point shots.

“I’ve been around a lot of basketball. I don’t know if I’ve ever seen anyone score 30 points on 10 threes,” Manning said after the Iowa game. “Really good shooting, I’m disappointed that we didn’t come out and be a little bit more disruptive, or a lot more disruptive, to [Bohannon and Murray].”

Fatts Russell led his team in points and assists against the Hawkeyes. He registered 20 points and six assists, one of which was his 500th career assist.

Russell’s dominance at the basket was one of the Terps’ only constants between their matchups with Iowa and No. 3 Purdue.

Russell led Maryland in points and assists once again against the Boilermakers, but he also tacked on a team-high nine rebounds to go with 24 points and six assists.

“[Russell] was really big tonight. We didn’t have [Ayala], so he just stepped up to the plate and took on a challenge and gave us what we needed on the offensive end and the defensive end,” Donta Scott said. “He just stepped up as a leader and decided to be that guy for us tonight.”

Even with Ayala out, the Terps held their own against the highly ranked Boilermakers. Unlike their matchup with Iowa when they were dominated at the hoop, Manning’s squad even had a chance to win.

Russell inbounded the ball to Scott, who attempted a layup. Mason Gillis blocked Scott’s shot and covered the ball with his body to eliminate any chance at the dramatic upset.

Many Terps believed Scott was fouled on his final shot and deserved the chance to tie the game from the free throw line.

“I just don’t think they made the right call,” Scott said. “But at the end of the day, you can’t control that.”

Despite the controversial finish, that chance to win came from better overall play by Manning’s squad.

The Boilermakers’ leading scorers, Jaden Ivey and Zach Edey, had extremely limited contributions by the Terps’ defense. Ivey, who averages 17.7 points per game, was held to 11 points. Edey closely follows with 14.6 points per game, but he contributed just 10 against Maryland. The leading scorer for Purdue was Sasha Stefanovic, who posted 17 points.

Ivey was also forced into foul trouble, racking up a dangerous four fouls over the course of the game.

While the Hawkeyes shot off to a lead to trounce Maryland by 23 points at the final whistle, it was the Terps that had a sizable lead against the Boilermakers.

With 11 minutes left in the second half, Maryland led Purdue by 12 points, the largest lead of the game. But over the course of about three minutes, the Boilermakers woke up and erased the Terps’ lead.

Maryland’s play against Purdue — although typical in terms of the lost lead — showed a defensive improvement from its match with Iowa. And the Terps are proud of the effort they showed against the No. 3 team in the country.

“We could play with anybody … every ranked team that we played against, we took them down to the wire,” Russell said. “I feel like we just gotta keep this momentum and try to figure out how to tweak a couple things, mistakes that we made down the stretch, we should be trying to get some momentum going into the Big Ten tournament.”