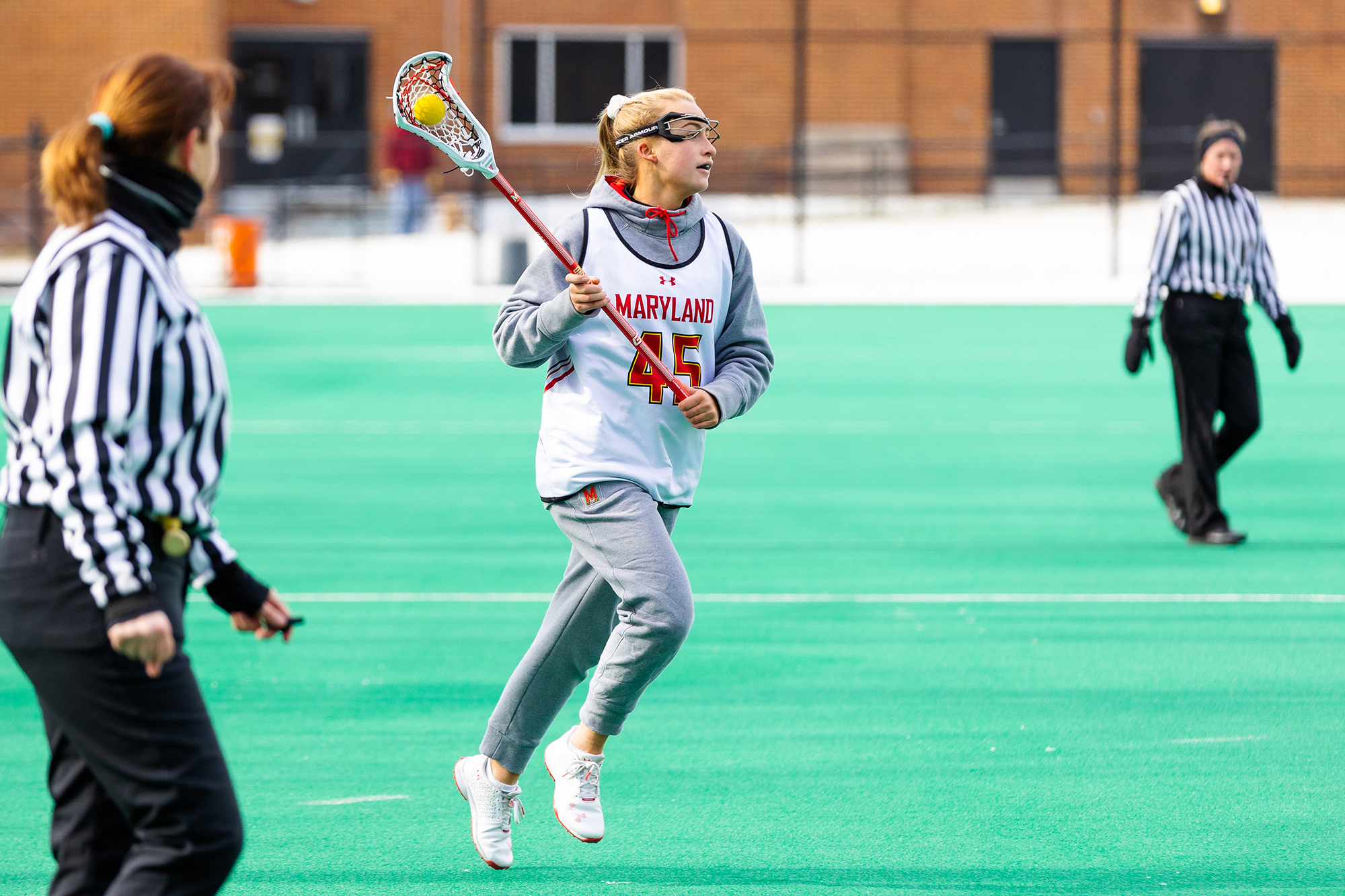 After a dominant first half, Maryland women’s lacrosse was struggling to find its footing in the third quarter. A duo of yellow cards and a reinvigorated St. Joseph’s squad prevented the Terps from scoring in the first half of the quarter.

It was freshman midfielder Jordyn Lipkin who ended the scoring drought. In a free position attempt she charged the goal and scored her first college goal. Lipkin went on to score again in the fourth quarter.

Lipkin was one of the four new Terps who scored during the first game of the season. Fellow freshman Hailey Russo scored her first goal and Maryland’s last of the game.

After a lackluster 2021 season, Maryland added depth to its roster with key transfers and a top-ranked freshman class. Their additions to the team paid off in the first game of the season against St. Joseph’s — the Terps won, 20-6.

“We have so many new faces,” Reese said. “What a difference they’ve made in day one.”

Attacker Aurora Cordingley led the Terps in scoring. She knocked five into the net during the first half of the game. She transferred to Maryland after spending four years competing against Reese’s squad at Johns Hopkins.

“Maryland lacrosse is like a program that I’ve always looked up to when I was recruited in high school but then also playing against them,” Cordingley said. “I just feel so lucky looking down and seeing Maryland across my chest.”

Cordingley wasn’t the only transfer who made moves for Maryland during the game. Midfielder Shannon Smith had one goal and one assist in her first game in a Terp jersey after spending her freshman year at North Carolina.

“Both Shaylan Ahearn and Abby Bosco had a phenomenal day … around the draw circle coming up with those possessions and they lead to goals,” Reese said.

The Terps also had a new face in the goal — freshman Emily Lamparter made three saves in her debut.

[After an unfortunate 2021 season, Maryland women’s lacrosse looks for a comeback]

“We’re in a really good place and this group has been having a lot of fun, working really hard and just developing to the point where I’m really pleased with where we are right now,” Reese said.

Another new asset to the team during their opening game was Kate Sites, who was absent last season due to injury. Sites returned to the field for the first time since 2020. She scored two goals and had one assist. Even after missing a year of play, her speedy moves were a “key piece” in the team’s offense, Reese said.

“It felt so good,” Sites said. “[I’ve been] just working you know all fall, all winter, just so I can get back out there and be ready to compete.”