After an unfortunate 2021 season, Maryland women’s lacrosse looks for a comeback 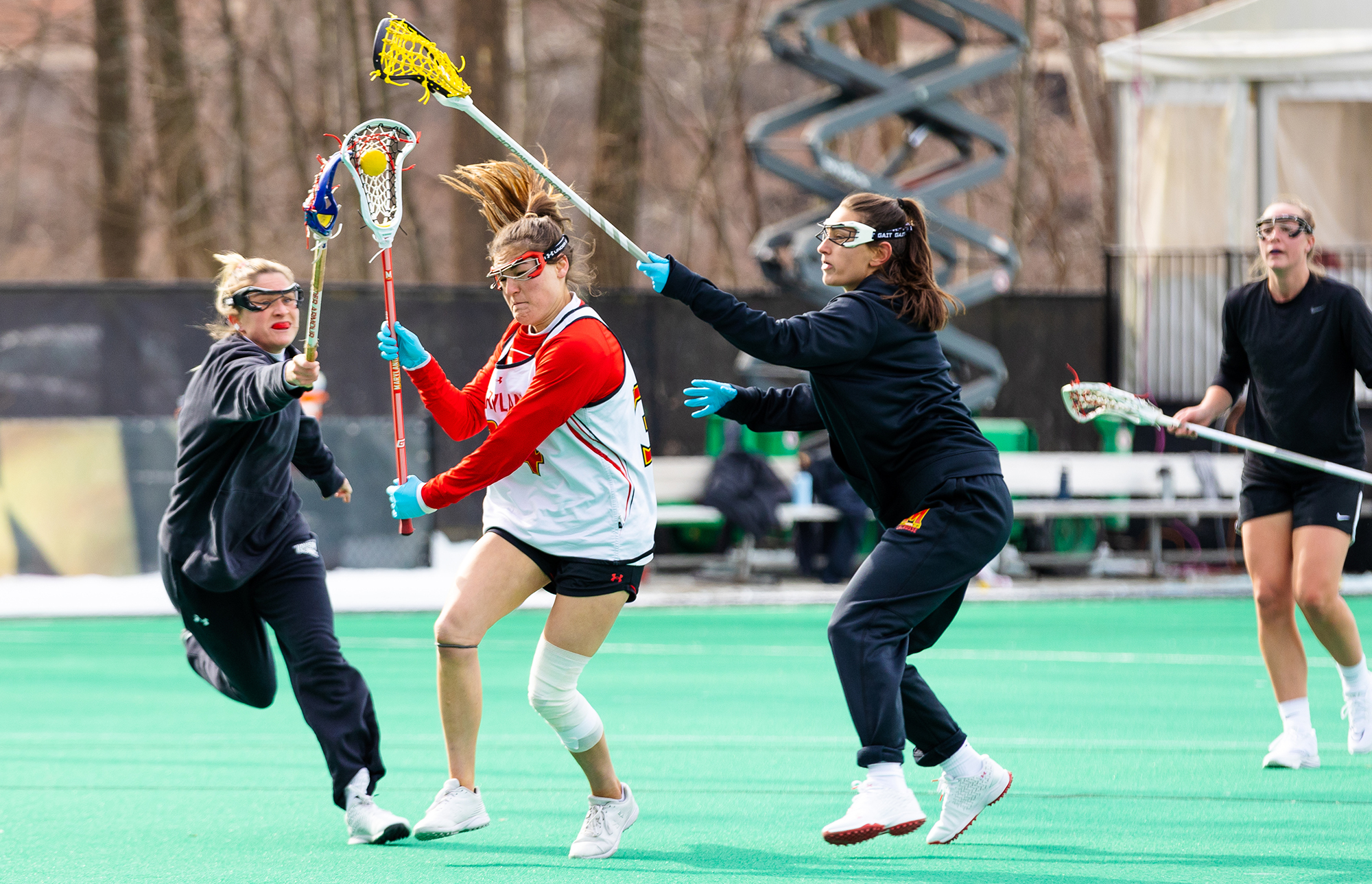 The 2021 season didn’t go Maryland women’s lacrosse’s way. It lost seven games in its competitive schedule, the most losses the team has had since 2006. The Terps also broke an 11-year streak of Final Four appearances in the NCAA tournament.

This year, No. 9 Maryland is hungry for more.

For the first time since 2019, the Terps will have a full season. They’ll play 16 games in the regular season, 10 against fellow ranked teams.

“Our schedule has always been one of the toughest in the country,” coach Cathy Reese said. “That’s not something that we’ll ever shy away from. We know that we need to be challenged. We need to learn, we need to get better.”

Nonconference games give the team the opportunity to improve its game before intense matchups in the competitive Big Ten conference, Reese said.

“With our schedule this year, we’re definitely going to be setting ourselves up to improve, be better and compete,” midfielder Grace Griffin said.

During the off season, Reese added depth to the roster with freshman recruits and transfers to complement her squad of returning players. Griffin and defender Torie Barretta returned for a fifth year to lead as the team’s co-captains, with Griffin as the program’s first ever three-year captain Griffin was also last year’s University of Maryland Student-Athlete of the Year. The veteran players were members of the 2019 National Championship team and have “given their heart and soul” to the lacrosse program, Reese said.

Former Big Ten opponent Aurora Cordingley joined the Terps’ ranks as a graduate transfer from Johns Hopkins. Cordingley had a total of 39 goals and 18 assists for the Blue Jays in 2021. She was always on top of Reese’s scouting report.

“She’s really controlling our offense right now,” she said. “A lot of things are running through her, and she’s had a great start to our season.”

Cordingley and Penn transfer Abby Bosco fell right into Maryland’s rhythm — they clicked with the team and its culture.

“Playing against her has been fun, but with her is a lot more fun,” Griffin said of Cordingley. “I think she’s a really really smart player.”

The Terps also added a freshman class full of ranked players, including midfielders Maddy Sterling, Demma Hall and Jordyn Lipkin, as well as defender Kennedy Major and goalkeeper Emily Lamparter. But this year’s freshmen aren’t the only players who lack collegiate experience.

The 2020 season was cut short due to the first COVID-19 outbreak, and the 2021 season was conference-only play. The freshmen, sophomores and juniors haven’t had a regular season at the college level.

“Last year, going into the season, our first game was my first conference game,” goalkeeper Emily Sterling said. “I think it’s really exciting this year that we’re gonna have those opportunities early in the season.”

The biggest challenge the team is facing right now is meshing the different experiences of the players into a cohesive team. Between transfers, injury recovered players and players just starting their college careers, Reese wants everyone to be on the same page.

“We’re just working on connecting the dots,” she said.

Both Reese and the players agree there’s something special about the Maryland culture. The team has a “tradition of success” with the most championships out of any program at 14, twice the amount as rival and second most successful team Northwestern.

Maryland will open its season Feb. 12 against Saint Joseph’s in Philadelphia, where former Terps Alex Kahoe, Julia Braig and Caroline Steele all coach.

“Everyone shares that same vision and the same goals without having to discuss it,” Reese said. “We’re focusing on what do we need to do to get better at lacrosse today.”