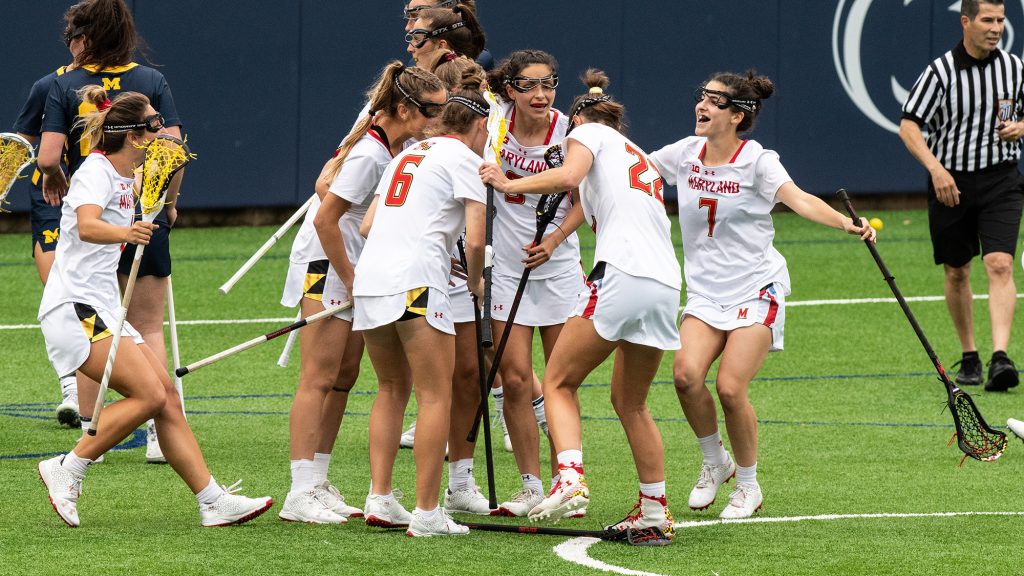 In 2021, Maryland women’s lacrosse checked its schedule to see a Big Ten-only slate throughout the regular season.

In 2022, nonconference games are back in a big way, as the Terps announced three out-of-conference top 12 matches among another loaded Big Ten schedule.

“We are really excited to get back to a normal schedule this season and be able to play in front of our fans,” coach Cathy Reese said in a release. “Our team has put in a lot of hard work this fall to prepare for this schedule and is looking forward to competing this spring.”

Reese’s squad has underwhelmed over the past two seasons — the Terps struggled through the first six games of the shortened-2020 campaign before dropping a historic seven games in the 2021 season. It was the most losses suffered by Maryland since 2006, Cindy Timchal’s last year as head coach.

But for the upcoming season, Reese responded by bringing on top transfers including Inside Lacrosse’s No. 41 player in all of collegiate lacrosse, Aurora Cordingley. Adding in one of the best freshman classes in the country — with six Under Armour All-Americans — the Terps look primed to make their way back to their typical pedigree as one of the most dominant programs in the nation.

Maryland begins its season Feb. 12 with a road trip to Saint Joseph’s followed by the first of its matchups against ranked squads with No. 11 Virginia.

The Terps continue with a well-known foe in No. 7 Florida. The Gators, who ended Maryland’s 86-game home win streak in 2020, will return to College Park Feb. 26.

Reese’s squad continues its nonconference matchups with home games against Delaware and Villanova on March 1 and March 12, respectively. It will fit in a trip to William and Mary on March 5, who it’s never lost to in 12 previous meetings.

The Terps will play their first Big Ten game March 19, hosting No. 14 Rutgers, before playing three more nonconference games against Penn on March 23, No. 12 James Madison on March 26 and Georgetown on March 30.

Maryland kicks off April with a trip to No. 17 Johns Hopkins before hosting No. 23 Penn State on April 7. The Terps struggled against the Nittany Lions last season, falling twice in University Park by nine combined goals.

Maryland will finish out its nonconference games, renewing an old rivalry with Princeton April 13. The Terps haven’t played the Tigers since March 27, 2019, meaning their matchup in 2022 will be the longest the two have gone without playing since their first meeting in 1999.

The Terps wind down their regular season with road games against Ohio State and Michigan on April 17 and April 30. However, the marquee game will be sandwiched between the two on April 23.

After three contentious games last season, Maryland hosts No. 4 Northwestern in a late-season matchup that could have heavy implications on seeding for the Big Ten tournament.

The conference tournament will be held May 6 through May 8 in Piscataway, New Jersey. The Terps will hope to finish their season in Baltimore in the NCAA tournament championship game, however the path isn’t easy for them.

But with a 31-season streak of NCAA tournament appearances to uphold, expect Maryland to fight for its spot at the top once again.