With Iowa on the horizon, Maryland women’s basketball is fixed on slowing Caitlin Clark 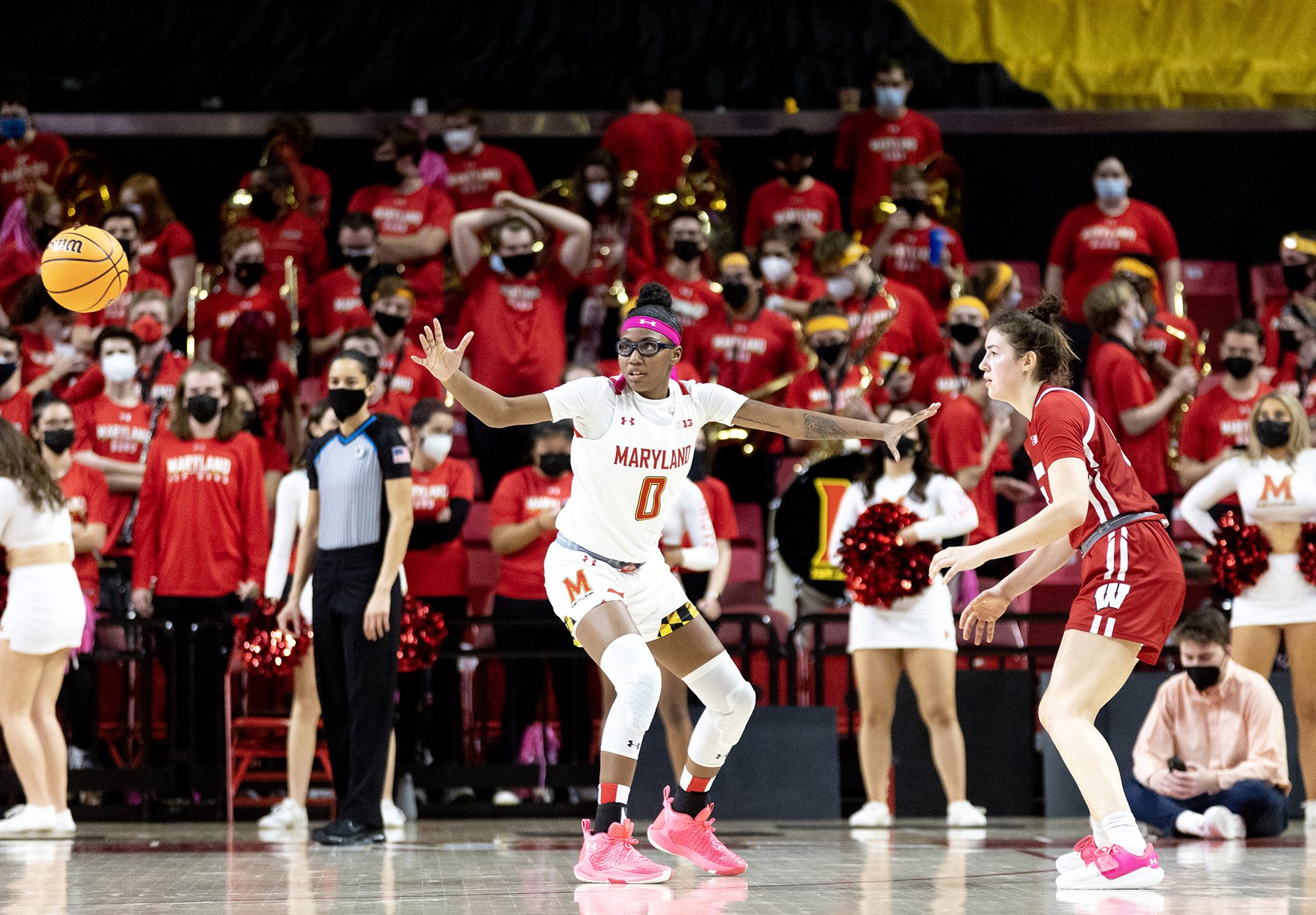 A pink blur flew up the court before abruptly halting — not at the three-point arc — but at the edge of the midcourt logo. The blur, Iowa’s Caitlin Clark, pulled up and set her feet for a long 3-pointer.

Clark’s jaw-dropping play against Michigan was passed all around the internet, thrusting the star guard into the national eye thanks to her long range shooting capability.

Clark, who leads the nation with a 27.6 points per game scoring average, will face Maryland women’s basketball on Monday as the Terps travel to Iowa City to take on No. 25 Iowa.

Maryland head coach Brenda Frese knows the danger a player like Clark can bring to a defense.

“She’s a threat when she comes across half court,” Frese said. “Her three-ball, her ability to get to the rim in the open court then I think just her other dimension is she can pass, she can rebound. So just a fierce competitor.”

A year ago, Clark torched the Terps but went winless in the two matchups. In the first, a regular season February matchup, the star guard went 9-of-16 from behind the three-point arc and scored 34 points in a 111-93 loss to Frese’s squad.

This season’s Maryland squad has had its issues defending the three-point shot, including back-to-back performances against Michigan and Ohio State when they allowed a combined 19 three-pointers.

And with Clark posing the biggest three-point threat yet, the Terps are going to give a variety of players a crack to defend the sophomore and try to limit her.

“I think we’re all going to take a shot at her and just try to keep her out of her rhythm, change things up so that she can’t catch on fire,” guard Katie Benzan said.

One player who’ll find herself on the Clark assignment is Shyanne Sellers. With Ashley Owusu’s status still uncertain for tomorrow, the freshman might be in the starting lineup for the third straight game.

Her season’s turning point came in the loss against Ohio State, Maryland’s last loss before the win streak when she played a season-low 10 minutes. She had a terrific response, according to Frese.

“It started in practice, it started with her defense. It’s kind of started where she understands, she’s just going to make an impact wherever she can,” Frese said. “And if that means the team needs assists, the team needs me to guard, she’s been more than willing to kind of do all of those kinds of unselfish things to be able to help this team and fill a role.”

Since then, the guard’s played just under 30 minutes per game, and her defense has thrived. She’s tallied 19 steals in those six contests, some coming off intercepting passes and many coming on active hands knocking the ball away while she’s the primary defender.

The matchup with Clark and Iowa starts the Terps down a difficult road, one paved with four top-25 teams, including two in the top-10. That six-game win streak has been built off the back of weaker conference opponents, but it’s given the team confidence that they hope will be used to defeat these stronger teams.

“I love, obviously, where our team is at right now,” Frese said. “Really stacking practices and games together, really kind of feel like we’re peaking at the right time here with where the team is at, where our schedule is at, just a tremendous amount of energy and focus.”