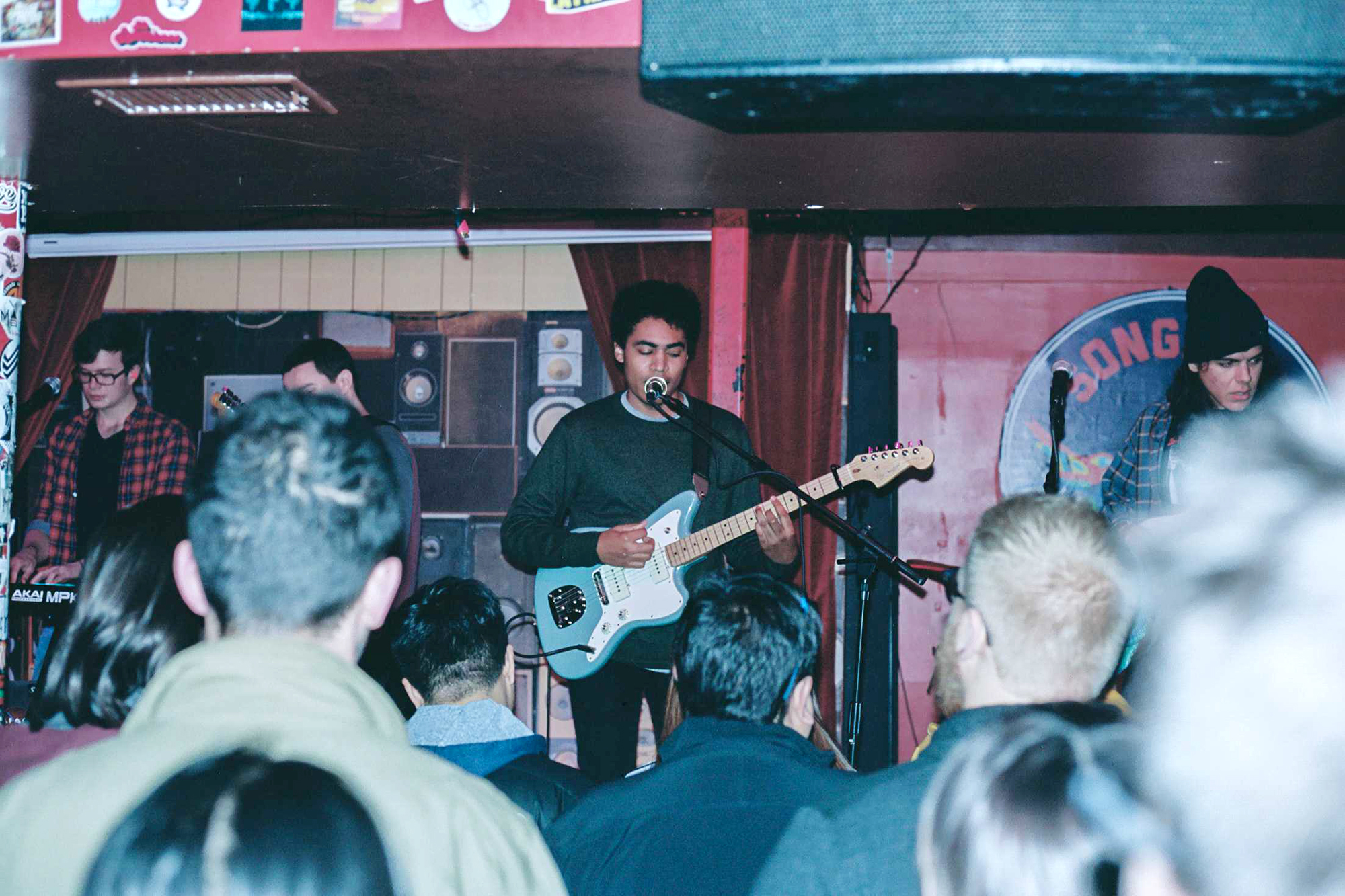 Sean Custer first met the band that would become Rex Pax in 2017 during a New Year’s party at his house. He was already a fan of their music and his brother invited them to the party.

During the party, Custer overheard former band member Sam Pascal talking about how their synth player was leaving. He immediately jumped on the opportunity and told Pascal that he could play for the band. Eager to join, Custer even confronted guitarist Rainor Dale and lead singer Rex Echevarría.

Months passed without any response. Then Custer received a text asking if he still wanted to join the band. He has been playing synth for Rex Pax ever since.

Rex Pax, once known as Space Phase before the winter of 2020, was formed by University of Maryland, Baltimore County, alumni Echevarría and Pascal. The band hasn’t performed live since the start of the pandemic and is finally returning to the local music scene on Sunday at Pie Shop.

Dale, a mechanical engineering alumnus of this university, describes the music of Rex Pax as indie rock and pop influenced.

“We definitely take some more creative liberties,” he said. “So what you hear on Spotify is not always the same as what you might hear in person.”

The name of the band changed in the winter of 2020 as Echevarría decided Space Phase no longer suited him. He decided to mix his first name, Rex, which is Latin for king, and the word Pax, which is Latin for peace. Echevarría said it’s fun to think the name means “King of Peace,” but he doesn’t actually know if it’s grammatically correct.

Everyone in the band is excited and anxious for the upcoming performance at Pie Shop, Echevarría said. It holds a certain significance because March will mark two years since the band  performed at a venue.

Since the summer 2021, the band has been getting ready for their return to live music. Custer recruited Simón Santodomingo, a second-year economics major at Montgomery College, as their new bass player after Santodomingo posted about buying his first bass guitar.

Starting in May of last year, the band also got into the regular habit of practicing every Saturday. Practice has become something for Echevarría to look forward to, especially since he recently adopted a dog.

“I’m pretty much a stay-at-home dad these days,” he said. “Saturday is my one day to spend time with friends most of the time, and I definitely cherish it.”

Other members of Rex Pax are happy to be practicing and to be returning to the stage as well.

And for new member Santodomingo, it has been a unique experience becoming a part of Rex Pax.

“It’s been obviously so much fun joining a band and falling in love with the project,” he said. “It kind of becomes yours as well.”

Last time Echevarría spoke to The Diamondback, he mentioned that he would be open to doing a virtual performance if they could prepare and practice. Now he said he’s glad he didn’t try to do that.

“Sounds like it would be a nightmare,” Echevarría said.

[The Shed provides a rehearsal space, instrument rentals and community]

Along with their old music, the band has also been practicing some new songs that aren’t released yet. Echevarría has been working on his upcoming album since March 2020. He used to have a release date in mind but has given up on sticking to a deadline because he doesn’t think it’s productive for making music.

“Life is life,” Echevarría said. “I know some of that sounds like a total cop out, but I promise [I’m] doing what I can when I can.”

The concert on Sunday will not be the first time Rex Pax has performed at Pie Shop. There was one particular aspect of the venue Dale is looking forward to: the free pies for performing.

“I’m looking forward to that,” he said.

“The only reason we’re playing there,” Echevarría added.

Though he expressed excitement about performing at Pie Shop, practice has been the highlight for Echevarría.

“I can’t overstate how good it feels to be doing it again,” he said.

Looking back at the day he met the Rex Pax band, Custer said his parents were very upset when they came home and saw that his brother had thrown a party. Expecting to see only a few people, they came home to find about 60 people in their house. Though the party got his brother in trouble, Custer still remembers that night fondly and keeps a screenshot on his phone of the text offering that he join the band.