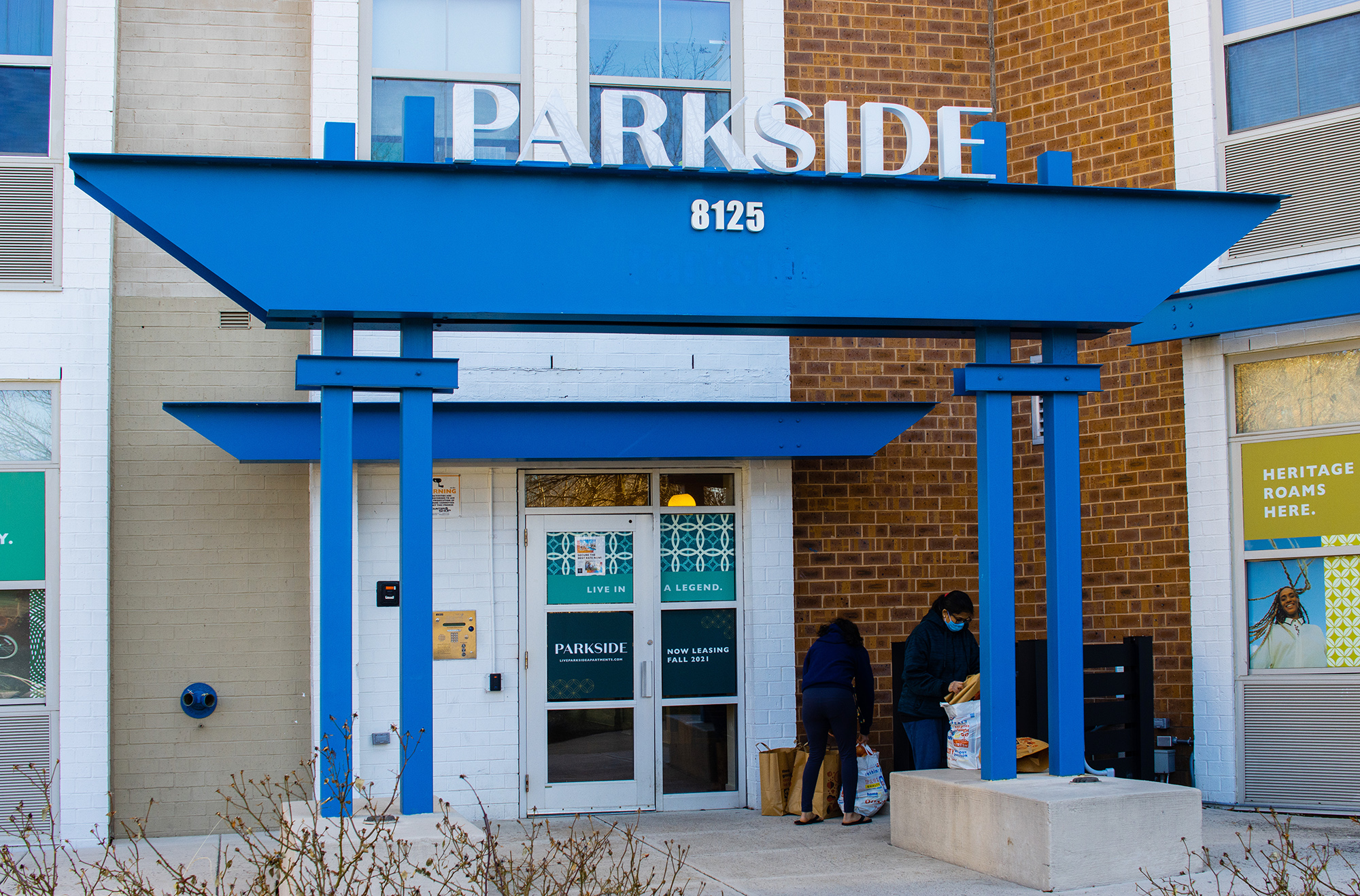 Teresa Ugarte has lived at Parkside apartments for roughly two years. The senior English major said she rented from an independent landlord, who owned some units in the building, her first year. Then, in the middle of that year, Core Spaces — a property company — bought Parkside apartments.

Core Spaces forced Ugarte and her three roommates to move out of their apartment in June last year to the sixth floor due to renovations. They’ve been living in the interim apartment since then, said Stephanie Lehrman, one of Ugarte’s roommates and a senior accounting and history major.

While the new apartment had some improvements, it was immediately overshadowed by unwanted cockroaches, Ugarte said.
“The renovations are technically an improvement, but we also had a huge bug problem at the beginning of the year that they were not super helpful about fixing,” Ugarte said.

They weren’t the only ones who had critters to worry about. Numerous students living in Parkside mentioned problems with cockroaches among the plethora of issues they experienced. Exterminators had to get involved, but the problem was never fully resolved.

Parkside apartments house six floors with a variety of floor plans for prospective residents to choose from. It also offers cheaper rent than other on-campus apartments. The rent, though, is increasing, and some said the overall living experience doesn’t justify the increase.

Another resident, Cyrus Safiran, said he was looking for off-campus apartments after transferring from Montgomery College. He chose Parkside, and this is his second semester living there. However, Safiran — a junior information science major — said he will not be renewing his lease. The apartments looked adequate in their reviews, he said, but the reality was different.

He found water leaking from his window, which came from a faulty air conditioning coolant. He noticed strands of hair in a vent and dust in the heater. His unit was also adorned with stains on the door, countertops and walls. Utilities that were supposed to be in his unit, such as a microwave, were not present.

“It was kind of just a facade because you could tell that there was still stuff that is more important that wasn’t brought up to code or standard,” Safiran said.

He added that the apartment’s management team pressures residents to re-lease through promotions. They were offering free food, such as chicken and waffles, to incentivize residents to re-lease, but since the re-lease period ended, the food “magically” disappeared. They also set up raffles.

“[The manager] sees us as moneybags,” Safiran said.

Lukas Fekade-Sellassie, an assistant community manager for Parkside apartments, said in an email that the company did not have a comment when approached by The Diamondback.

Senior economics major Charles Herbert said certain amenities were promised on his lease, but he didn’t end up receiving them. The lease said there was a hot tub area in the apartment building, but Herbert said there wasn’t any.
Herbert, Lehrman and Ugarte also said they all had trouble receiving hot water. Ugarte said her water would be lukewarm at the hottest. They had to call maintenance multiple times to fix their water.

“I wasn’t receiving any hot water for a long time,” Herbert said. “If I called maintenance, and the person that came basically gave up, he didn’t really do much.”

Lehrman said she needed multiple aspects of their apartment fixed, such as a door handle falling off because the apartment wasn’t measured right when it was built. When they called maintenance, she said there was a new rotating crew that said they received over 600 requests within this semester so far.

“One of them was like, ‘Oh, yeah, we’re new here. They didn’t really show us where anything was, so we’re just kind of trying to figure it out,’” Lehrman said.