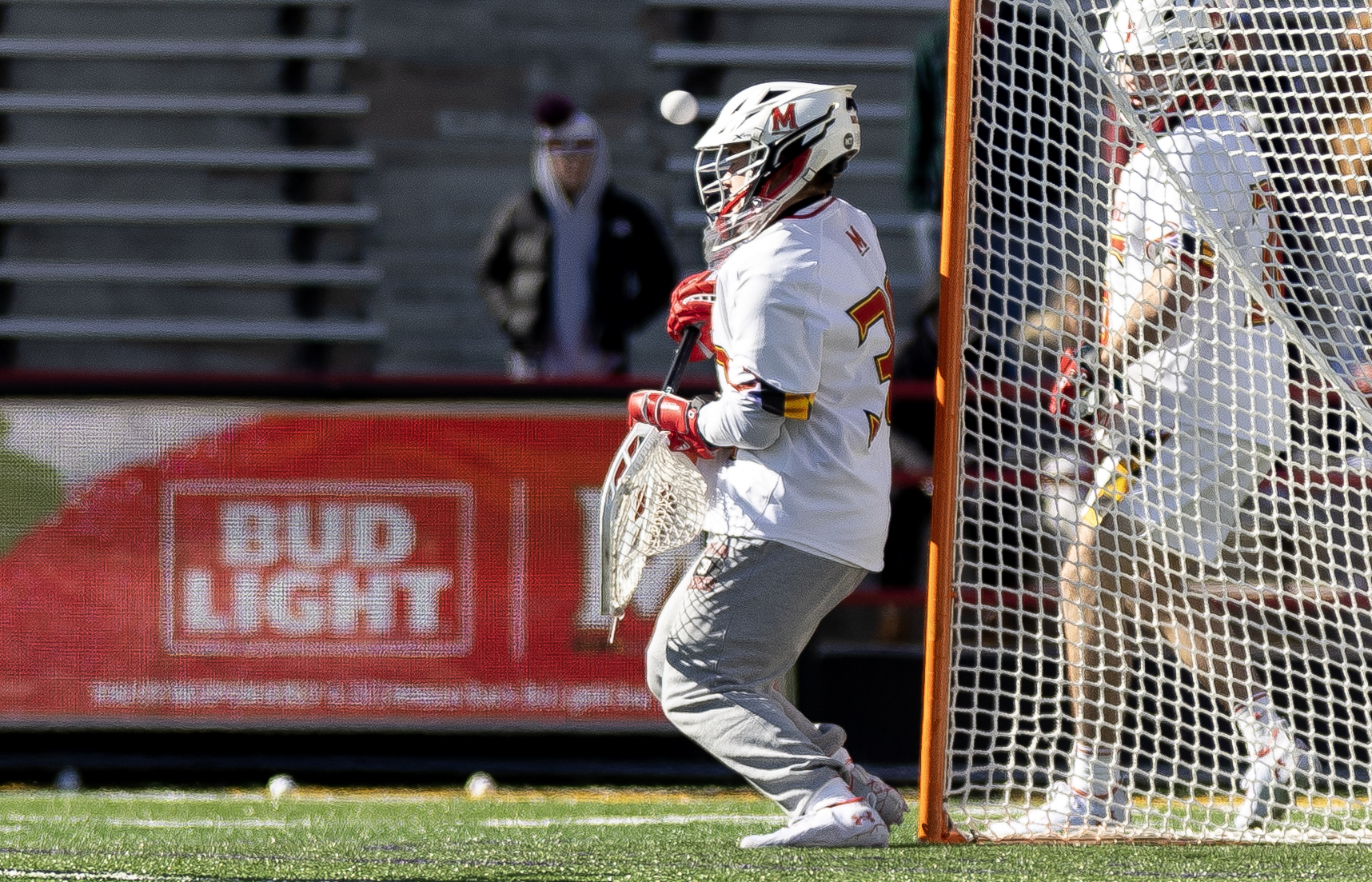 After the first quarter of the first game of its season, Maryland men’s lacrosse held a comfortable 6-1 lead over High Point.

Then, Asher Nolting combined with Brayden Mayea twice to cut the deficit for High Point to three. The Terps weathered the storm, but the Panthers looked likely to mount a comeback effort going into halftime after outscoring the Terps 4-3 in the second quarter.

While Maryland would eventually pull away in a 21-13 win, Mayea and Nolting put on a show, combining for six goals and six assists throughout the Terps’ season opener.

Maryland only gave up more than 13 goals once last season, in its national championship loss to Virginia. Coach John Tillman saw room for improvement defensively after Maryland’s season-opening win.

“I thought at times, we were at the level we wanted to be in terms of we sank into the crease —  but we didn’t get coverage,” Tillman said. “Just because you’re close to the guy, if you’re not there and you’re not checking and you don’t get there, you could be 20 feet away, and it’s still the same outcome.”

The Terps’ defense will face another tough challenge on Saturday against Loyola, ranked at No. 10 in USILA’s latest poll.

“They’re super unselfish, they always have their head up, they’re attacking you inside,” Tillman said of Loyola. “And if you give them creases, they’ll crush you.”

The Greyhounds return an experienced group of players ahead of their 2022 season after falling just short of the national semifinals last year, surrendering a lead with just over a minute left before losing 10-9 in overtime against Duke.

The game against Maryland will be Loyola’s season opener, but Tillman says the camaraderie of the Greyhounds will give the Terps a lot to deal with in just their second game of the season.

“You just have a lot of guys who’ve been around, they’re fifth year guys or sixth year guys,” Tillman said. “They understand each other, they understand what they’re trying to accomplish. So a lot of problems there.”

“They’re probably one of the most talented groups we’re going to see all year,” Rahill said. “It’s early in the year so it’s a good chance for us to just bounce back after not really playing our best against High Point.”

Despite Maryland’s impressive offensive performance in its win over High Point to open the 2022 season, the Terps dropped one spot to No. 3 in USILA’s latest poll despite gaining a first place vote.

Duke leapfrogged Maryland in the poll after the Blue Devils beat Robert Morris and Vermont.