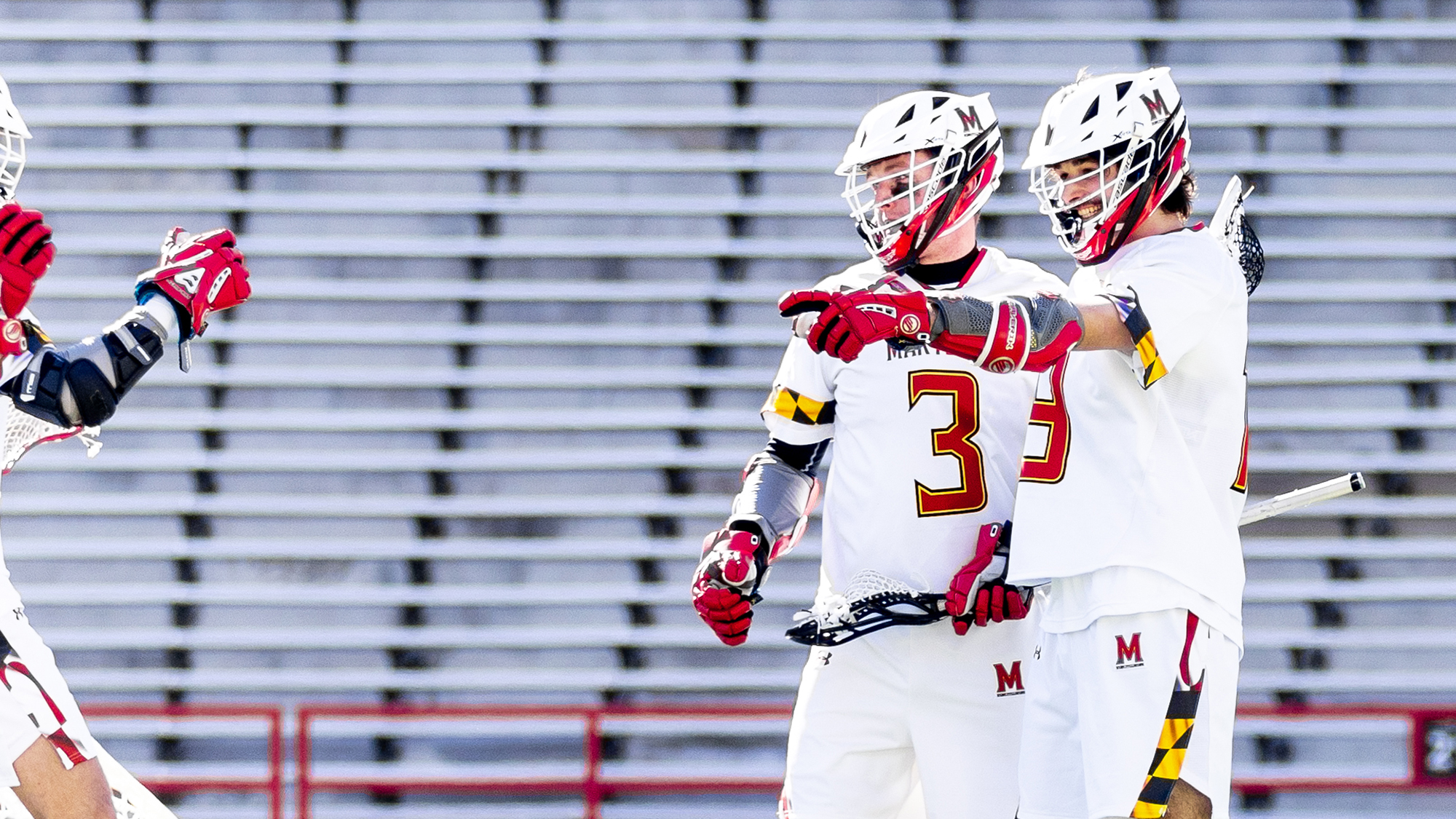 Just 43 seconds into Maryland men’s lacrosse’s season opener against High Point, transfer midfielder Jonathan Donville cut in front of goal and finished off a feed from Anthony DeMaio to score his first career goal for the Terps and Maryland’s first goal of 2022.

After attacker Logan Wisnauskas scored his first goal of the season, transfer attackers Owen Murphy and Keegan Khan both got on the board as the Terps stormed out to a 4-0 lead in the first quarter.

From there, Maryland wouldn’t look back in its 21-13 victory over High Point. It was the most goals Maryland scored since its 2020 season opener, when the Terps also beat High Point in a 23-12 win.

The victory was thanks largely in part to a variety of goalscorers, as nine different Terps got on the scoresheet.

Four of those players — Khan, Murphy, Donville and Gavin Tygh — transferred to Maryland this season.

Attackers Khan and Murphy, along with Donville in midfield, will be crucial to Maryland’s offense throughout the season as the Terps look to a variety of players to make up for the loss of Tewaaraton Award winner Jared Bernhardt.

“Knowing what Jared did, we felt like through a number of guys we could cumulatively kind of have a group that could play well together,” coach John Tillman said.

In Maryland’s season opener, the Terps looked up to the task as Khan and Murphy bagged four goals each, while Donville grabbed two of his own. Khan also notched two assists.

While their contributions showed up on the stat sheet, they also showed on the field. Apart from some early season rust, Maryland looked like it had a lot of chemistry despite the new faces coming in. Tillman largely attributed this to the type of players he recruited to join the team.

“You can’t just take anybody in and bring them into your team and it’s gonna work, at least in my opinion,” Tillman said. “You got to find guys that have similar values and guys that kind of have the same ideals that you do.”

Khan, who joined the Terps after playing at Villanova for four years, said his new teammates made his transition to Maryland easy.

“I was a little nervous, but guys on the offense and defensive side have been helping me out all year, helping all the transfers out and were very welcoming of us and made us feel right at home from the start,” Khan said. “So it’s pretty easy for us to really feel like we’re a part of it.”

In Khan and Murphy, Tillman has added to a deep pool of talent in attack, including Wisnauskas, Daniel Maltz and Eric Malever, who earned his first career start for the Terps on Saturday against High Point.

While Tillman knows he has a lot of mouths to feed in this new offense, he called the group “super unselfish” and hopes the variety of players can add some uncertainty to how teams defend Maryland’s new-look offense.

“That’s the way we’re going to have to be this year because Jared did so much last year,” Tillman said. “We have to be different, but I think because of the parts we have, we can still be successful. In a way, we’re going to be less predictable.”