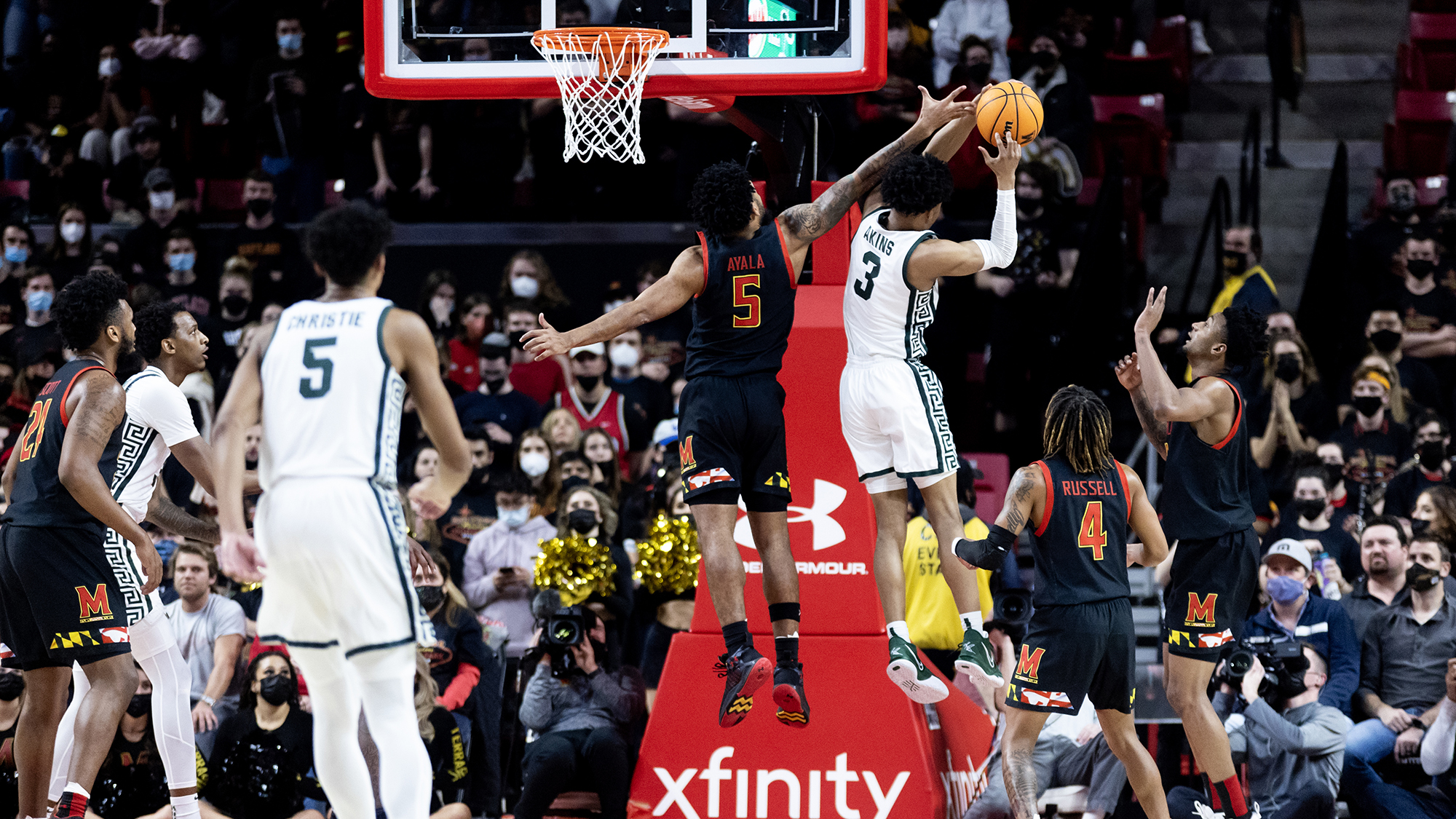 Maryland men’s basketball remains undefeated in rematches this season. After playing Northwestern, Illinois and Rutgers once, the Terps readjusted and bested them all the second time around for their only three conference wins.

Maryland tips off against Iowa for the second time this season Wednesday night for its fourth rematch of the season. The Terps are coming off of a poor defensive performance at No. 16 Ohio State, where they struggled to contain the Big Ten’s fourth-leading scorer, E.J. Liddell.

Liddell averages 19.9 points per game, but he dropped 24 on Maryland.

Now, after a stunning offensive showing by Liddell, the Terps have to shift their focus to the biggest offensive threat in the Big Ten.

Murray leads the conference in points — he averages 22.4 points per game.

Since the last time the Terps faced Murray, his scoring average has slightly dropped from 23.7 points per game. But in his last matchup with interim head coach Danny Manning’s squad, Murray blew his scoring average out of the water. He rained baskets on Maryland’s defense over 38 minutes to the tune of 35 points.

[Maryland men’s basketball was stymied by an unflinching Ohio State]

But contesting shots isn’t always easy for the Terps. After allowing Liddell and the Buckeyes to shoot over 61 percent in the first half of its game against Ohio State, Maryland needs to change its defensive strategy to stay competitive against Murray and Iowa.

The Hawkeyes are quick to score in transition, which is dangerous for Manning’s squad. Maryland averages 12.1 turnovers per game and gave up nine turnovers against both Ohio State and Iowa. The Hawkeyes turned those nine giveaways into 14 points — the Buckeyes didn’t capitalize in the same way, only making seven points off of turnovers.

“That very first game against Iowa, we gave up too many transition opportunities,” Manning said. “We have to make sure our transition is good and limit them from getting out in transition and not getting the numbers they normally get.”

Fatts Russell credited his team’s success in rematches to being more aware of an opposing squad’s playing style after playing it before. Despite their strength in transition, Russell thinks Murray is Iowa’s most fearsome weapon.

“[Defending Murray] is going to take a collective effort, it’s not gonna just be one person,” Russell said. “We’re gonna throw different things at him, you know, different defenses, just try to throw him off his rhythm a little bit.”

Xavier Green has been an increasingly present force on the court for the Terps. The veteran guard has been able to show off his defensive skillset since Maryland’s last showdown with Iowa. He played 15 minutes against the Hawkeyes Jan. 3 and wasn’t able to make a significant defensive impact on the game.

But Green played for 29 minutes against Michigan State almost a month later, where he clocked a block, a steal and two assists.

Green is confident in his defensive strength and the abilities of his teammates.

“I think we can contain him,” Green said when asked about defending Murray. “Limit those easy touches, easy baskets and force him to take a shot over a hand, and we could do way better.”

Putting a stop to Murray’s offensive dominance seems to be Maryland’s main focus heading into its game with Iowa.

And while Green believes he and his teammates are capable of beating the Hawkeyes, his superstition showed when he was asked about rematch victories.

“We go in as an approach that we’re capable of beating anybody … We lose against a team, we just see what we did wrong and correct those mistakes and go out there and try to win that game,” Green said. “Don’t jinx us though, man, come on.”