The Diamond Drag: Episode 5, Save a Queen, of ‘RuPaul’s Drag Race’ 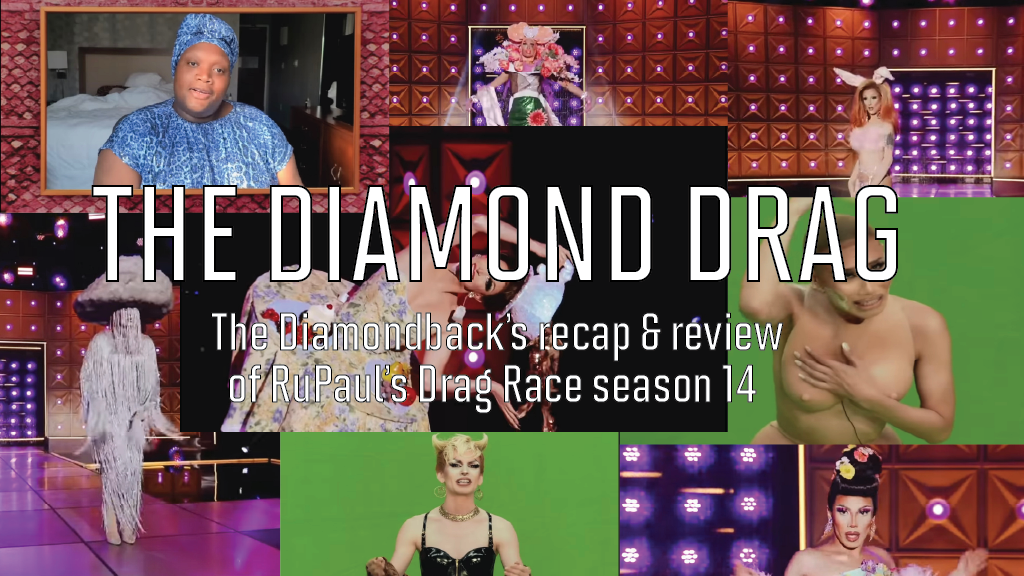 After Alyssa’s controversial elimination, the queens reenter the Werk Room.

It was only a matter of time before the queens pulled one of my least favorite Drag Race cliches: the “It’s an early episode, and I haven’t won a challenge,” clips. Both Bosco and Lady Camden were complaining to snag a win.

The next day, the queens walk in and Kornbread “The Snack” Jeté is missing. Ru then enters the Werk Room and plays a prerecorded video from Kornbread herself. We find out she rolled her ankle in the last challenge and has been advised to stay off of it for six to eight weeks, meaning she had to leave the competition.

I was beyond heartbroken after hearing the news. I thought Kornbread was top four material and easily could have won. She was such a light in the show, and I will miss her.

They also reveal Kornbread did not have the golden bar, so it is still in play.

It’s time for a mini challenge. It’s hard to explain exactly what I watched but to put it as simply as possible, the queens had to slam their crotches onto the backsides of the Pit Crew, RuPaul’s half-dressed helpers. The goal was to pop a balloon in between the two, and the color of the confetti in the balloon determined which team the queens were on.

Whoever thought of this mini challenge deserves a raise because it was absolutely hilarious to watch. The fear in Maddy Morphosis’ eyes when she had to go up and slam her crotch into the Pit Crew was so funny. Jorgeous’ attempt looked like a poodle trying to slam into a giraffe.

The queens are separated into their teams, and the mini challenge is to create a Sarah-McLachlan-style PSA for one of the first eliminated queens from past seasons: season seven’s Tempest DuJour, season nine’s Jaymes Mansfield and season 13’s Kahmora Hall. The words of the PSA must all rhyme.

The queens brainstorm their jokes and then head to the green screen to film their PSAs.

Team Tempest seemed to be struggling while filming, specifically Jorgeous finding it difficult to get her rhymes on the beat. Team Jaymes seemed to be doing okay, but it was clear Orion and Jasmine were missing the mark. Team Kahmora was flying through the filming process with no problems.

The next day, the queens walk into the Werk Room to get ready for the runway. In the midst of their makeup chats, Jasmine and Jorgeous bond over how they began performing in drag really young. Jorgeous talks about being a 16-year-old queen. Her parents had to go to every show she did, and the older performers didn’t like how she was so young.

We head to the runway, and the category is spring has sprung. All in all, I thought the runway was okay. I really enjoyed Lady Camden’s tea party look. I also really liked Willow Pill, Bosco and Daya Betty.

I think this runway did have far more unsuccessful looks than successful. Angeria, Orion, DeJa and others really missed the mark for me.

We then got to see the “Save a Queen” PSAs, and I loved this challenge so much. I thought the rhyming would work better in the final cut, but it didn’t. I was laughing throughout and thought it was successful, and I hope they do it again in the future. Also, when Sarah McLachlan made a cameo at the end, I died of laughter.

The judging begins, and I think Ava Max will go down in drag race infamy as one of the worst guest judges. I think she gave all of three comments.

The top three queens of the evening are announced to be Bosco, Angeria and Lady Camden, while Jorgeous, Jasmine and Orion are at the bottom. Bosco is announced as the winner and Jorgeous and Orion are called to lip sync for their lives.

The queens lip synced to “My Head & My Heart,” by Ava Max, and I was living. I felt bad for Orion because I think everyone and their mother knew Jorgeous was about to commit lip sync murder. With her reputation as a dancer, I don’t know if Orion stood a chance. This is by far my favorite lip sync of the season thus far, it was absolutely phenomenal.

To no surprise, Jorgeous wins the lip sync but once again, it is time to reveal the chocolate bar. With the amount of background music and sound effects, I thought Orion had the golden bar but alas, she did not. After being eliminated then brought back, Orion Story was asked to finally sashay away.

At the end of this episode, I’m still feeling really excited about this season. I thought this challenge brought out such a fun side of the season 14 queens, and I hope they bring this back in the future with more first eliminated queens from seasons past.

Since we’ve made a bit of a dent in the season, I wanted to end this review with my final four predictions. I think it’s very apparent that Angeria and Willow are the front runners, especially now that Kornbread is gone. I think Bosco follows next and as a wild card, I think DeJa Skye or Lady Camden will take the final spot in the top four.