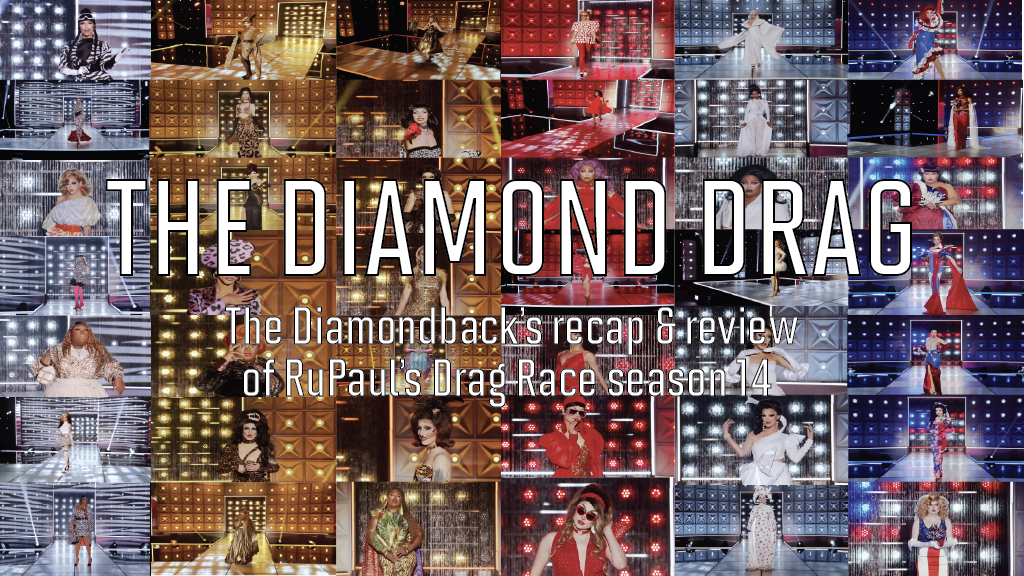 After two long weeks, 12 of the 14 queens are finally united. The second group of queens walked in after Daya Betty’s elimination in episode two. One by one, the first group of queens entered the Werk Room. The queens chit chatted and threw some shady quips around to kick off episode three of RuPaul’s Drag Race.

The next day, the queens walked in to meet RuPaul, who announced that Orion Story and Daya Betty were back in the competition. I was not  upset about this, but I also was not thrilled. Even though Orion and Daya did not know they would  be able to come back, as a viewer I felt let down because the stakes were gone.

Ru announced the main challenge would be the iconic ball challenge. For those who do not know, the ball challenge is an annual challenge that pays homage to the queer ballroom scene. The queens walk in three cohesively themed runway categories, where the queens must produce the final outfit.

[The Diamond Drag: Big Opening No. 2 of ‘RuPaul’s Drag Race’]

The queens begin their construction and we swiftly learn that after the many Drag Race franchises and seasons, there are still queens who do not know how to sew.

I think sewing challenges always create an interesting dynamic in the Werk Room. You can sense the tenseness during the challenges. The queens who claimed to be seamstresses were intensely focusing on proving their ability, while other queens were focused on creating a presentable garment.

There was a really tender moment between Willow and Kornbread when Willow discusses how her chronic illness makes her fingertips really tender, making it harder to sew. Kornbread then helped Willow sew and thread and even brought Willow a cup of hot water to help warm up her fingers.

There was also a really funny, but horrible moment, for me personally, where Daya ate a dragonfly after Kornbread offered her $1,000 to do it. I wanted to vomit watching that.

The queens walk into the Werk Room the next day and get ready for the ball.

Kerri and Kornbread share a very emotional, intense moment where Kerri talks about moving out of her parents home at a young age due to their homophobic beliefs. It was a really powerful and important moment. Kornbread disclosed she has some unresolved issues from leaving her home at a young age for the same reason.

We hit the runway and as much as I would love to talk about all 42 looks individually, I am not alloted  enough words to do so.

The queens had to make the final look, so I was not expecting couture, but definitely a good enough look.

In general, I thought the Hide and Chic ball was stronger in the first two categories whereas the Red, White and Blue ball had stronger looks made by the queens.

The judges gave their critiques and announced Willow Pill as the winner of the ball. I do not fully disagree, but the tops and bottoms of the challenge did not fit my opinion. I thought Alyssa should have  been in the top, and even could have won, but it’s not Evan’s Drag Race. The bottom two were June and Maddy and I agree.

All in all, this was not the best Drag Race ball, but I certainly enjoyed it. I liked seeing the dynamic of all 14 queens and I am excited to see how they continue to grow as a group throughout this season.