Despite flashes of opportunity, Maryland wrestling succumbed to poor execution 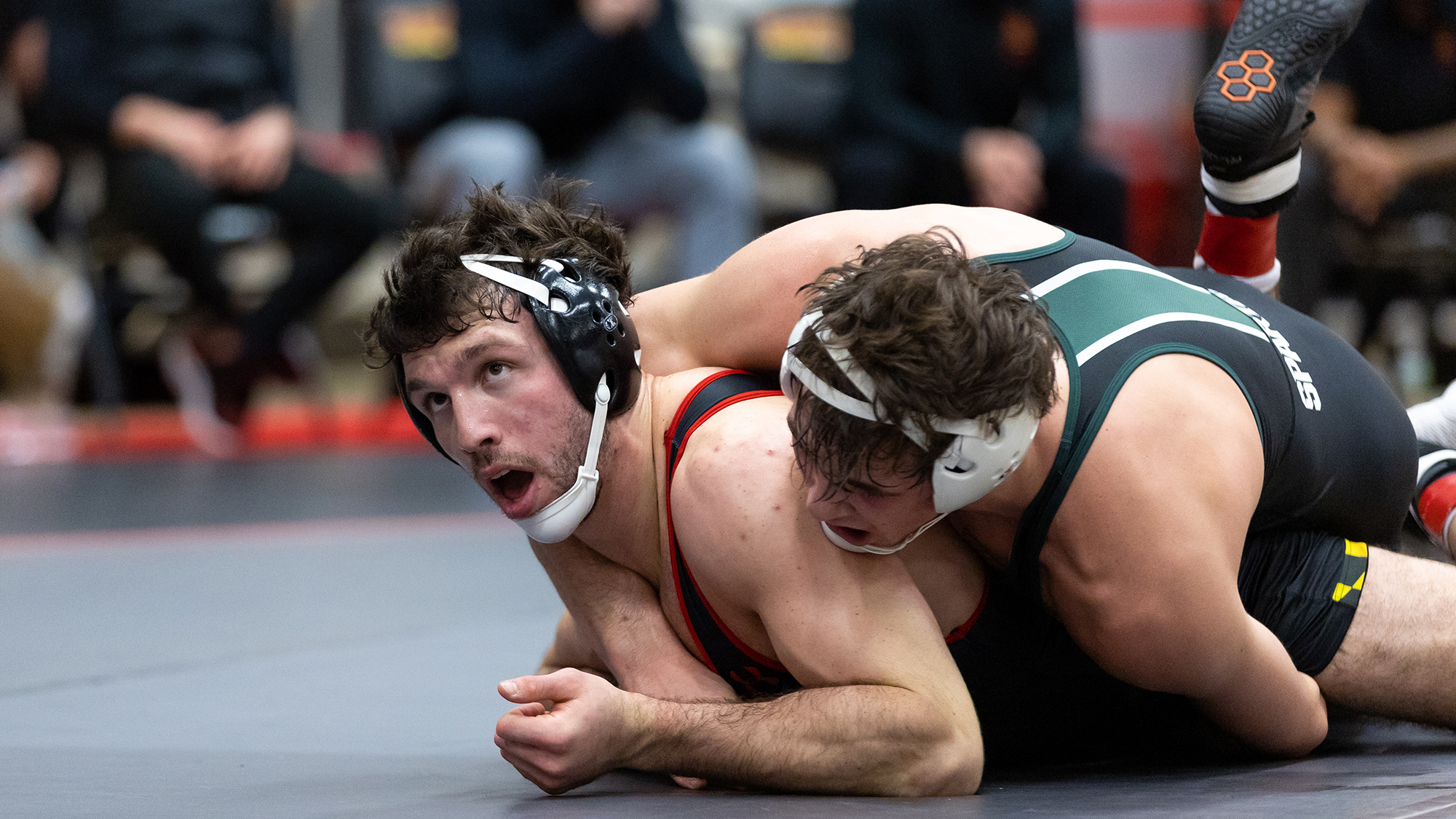 Maryland wrestling left its Friday dual against No. 17 Michigan State thinking about what could’ve been.

At the end of the night, the team score read 29-6 in favor of the Spartans — but it was much closer and more competitive than the scoreboard implied.

“We have to get those wins,” captain Dominic Solis said. “Those are crucial and even though this team score didn’t show it, a lot of the matches were very close.”

Friday’s dual was similar to Maryland’s match against Pittsburgh earlier in the season, where the Terps were 0-3 in sudden victory situations and left points on the board in a 27-6 loss.

Despite fighting hard against the ranked Spartans, the Terps could have walked away with a win if they were able to flip some bouts in their favor.

King Sandoval, one of the Terps’ most explosive wrestlers, had his chance to make an early mark on the dual. Entering the dual with 11 falls on the season, Sandoval has had a knack for acquiring bonus points for the Terps.

That’s what he tried to do in his bout against No. 11 Rayvon Foley. Sandoval went for the kill shot pin twice and each time was countered by Foley. Sandoval wound up losing by major decision, 9-0.

“When you swing big, sometimes you miss big, that puts you in bad positions on bottom … [Foley’s] pretty good on top,” Clemsen said. “I felt like [Sandoval] rushed both the headlock and twister … we’ll coach him up and have him execute the positions a little better.”

At both 141 pounds and heavyweight, Danny Bertoni and Zach Schrader both found themselves in sudden victory just as they did against the Panthers.

Bertoni and Schrader were both aggressive and went for their own takedowns. But both were countered and gave up takedowns to lose. That left six points on the board that went to Michigan State instead of Maryland.

Bertoni moved to 1-3 in sudden victory on the season while Schrader moved to 2-2.

Even the Terps’ most consistent wrestler, No. 13 Kyle Cochran, had a missed opportunity at 184 that could have put points on the board for his team.

With time winding down in the third period, Cochran took the lead with a reversal from the bottom position.

With riding time in his opponent’s favor, it appeared Cochran had sent the match to sudden victory with momentum on his side. But before the buzzer went off, Layne Malczewski was able to get his hands loose for an escape and come away with a 3-2 decision victory.

“[Cochran] needed to keep his hands locked and take the stall call,” Clemsen said. “Once his hands broke. It was one. I’m not sure he realized.”

No. 28 Jaron Smith had just about a perfect first period against No. 8 Cam Caffey, holding a 2-0 lead while keeping Caffey at bay.

Smith took a 3-0 lead into the third period, but from there Caffey scored five unanswered points to finish it off. Despite Smith’s fight, it was another blown opportunity for the Terps.

If the execution in those five bouts was cleaner, the score could have looked more favorable for the Terps.

Either way, Maryland went 0-2 on the weekend after a lackluster performance against Northwestern. Now, the Terps will have one last chance to pick up their first conference win since 2016 against Rutgers.

“At the end of the day as long as we peak in March and we do well at the Big Ten’s that’s what really matters,” Solis said. “These are just lessons and these are just preparing us for the big stage, the Big Ten’s and the NCAA [championship].”