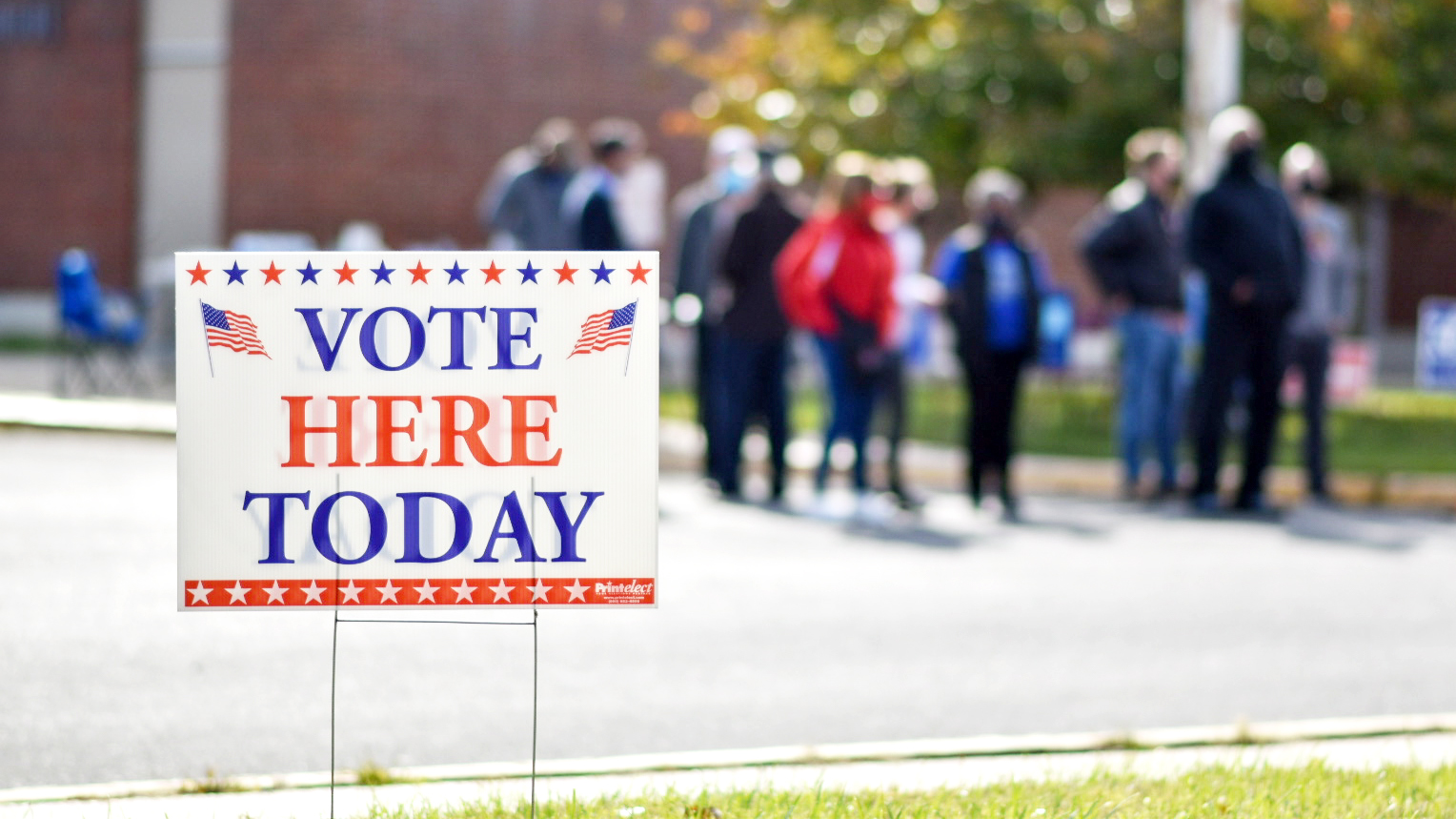 Voter turnout in College Park was at its lowest point since 2013 during the November 2021 city election, despite city spending to offer ballots by mail, according to a report by the city of College Park Board of Election Supervisors.

Some College Park City Council members believe the turnout of 10.35 percent could be attributed to a number of factors, including the COVID-19 pandemic and only two contested races of the five on the 2021 ballot.

“I still have overarching concern about why we’re not getting residents to come out,” said District 4 council member Denise Mitchell.

Representatives of the Board of Election Supervisors presented their election report to the city council during a Feb. 1 virtual meeting. The report included a review of changes made to how local elections run because of the pandemic, including only holding one polling location in the largest space possible, not offering early voting and encouraging voters to use mail-in ballots.

To better understand why turnout was down over two percent from the last municipal election1, District 1 council member Fazlul Kabir said he would like to survey residents to see what kept them from the polls.

Kabir noted that the city has spent almost eight times more money on holding elections since 2013, an increase of $7,798 to $61,1751, and yet voter turnout remains low.

In total, 685 residents voted in person on Election Day, and 851 of 1,095 mail-in ballots sent to residents were returned on time and deemed valid, according to the Board of Elections report.

All registered voters in College Park received applications for absentee ballots to encourage mail-in voting, adding to the cost of the election. But of the 13,579 applications mailed out, at least 1,895 were deemed undeliverable, revealing inaccuracies in the city’s voter roll.

These undeliverable ballots can result from residents moving or passing away — or students graduating and leaving College Park.

Because the city mailed the applications, the county itself will not update the voter roll, according to the council’s Feb. 1 agenda.

The College Park City Council will consider writing a formal letter to the county, asking county officials to use the mail to update its list of College Park voters, during the council’s meeting on Tuesday night.

In District 2, one of two contested races in the November election, voter turnout was even lower than the city’s average, at 8.5 percent. Llatetra Brown Esters, a District 2 council member, said this could be because of the district’s high number of rental properties, where residents more frequently move in and out and might not be registered to vote.

Esters said she hopes the city can tidy up its voter roll to better understand who is actually registered to vote in College Park.

“It’s important for us to clean up those rolls so that we are actually sending to people who can vote, we know who the people are who are eligible to vote and that we’re reaching everyone we should be.”

District 3 council member John Rigg said he would like the city to work to allow more candidates to run for office in College Park by reducing barriers such as the requirement for candidates to petition to get on the ballot by a deadline. Rigg said it is yet another task that could prevent people from even becoming a candidate.