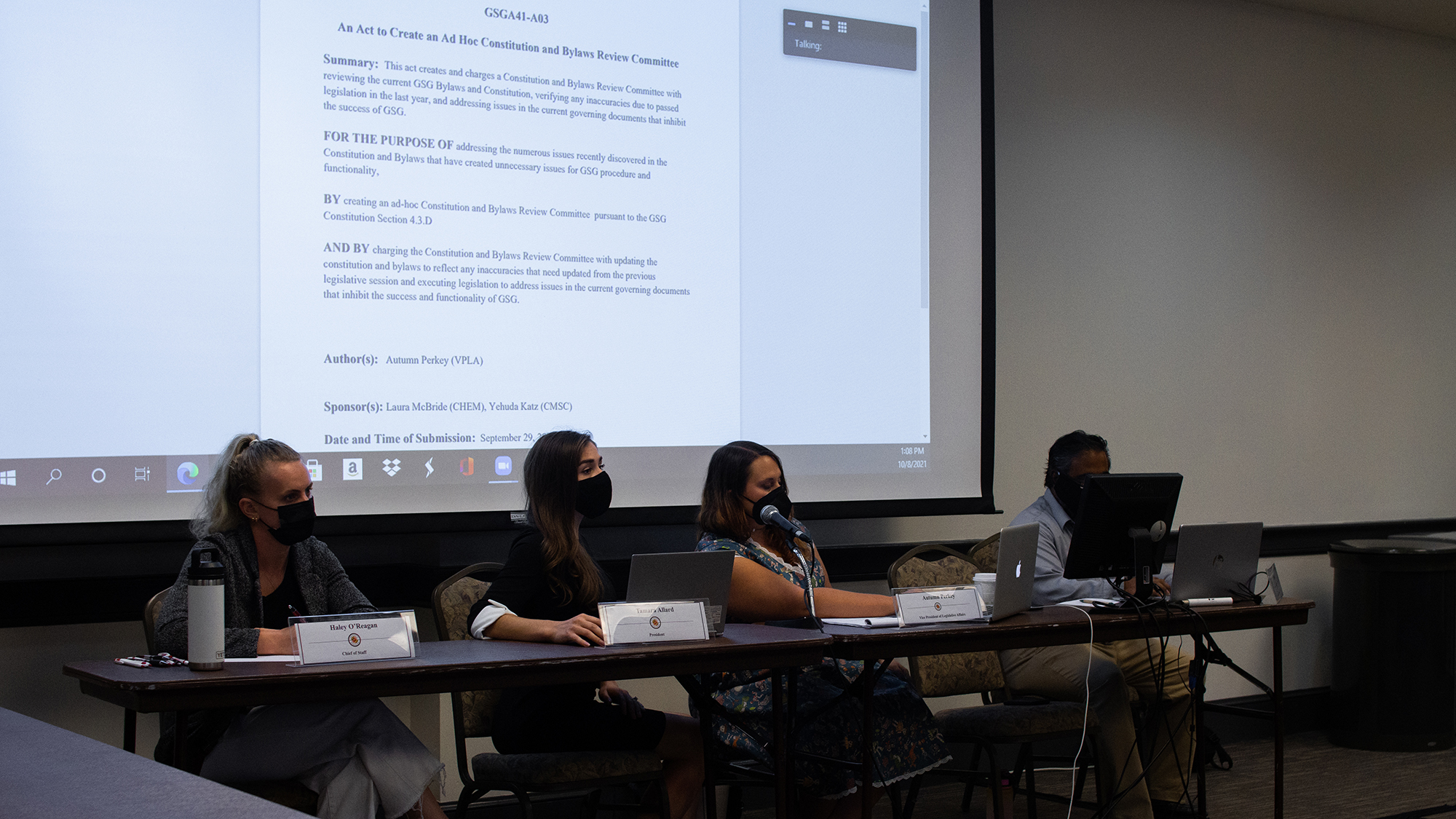 The University of Maryland Graduate Student Government passed five resolutions — or recommendations for this university’s administrators — at its meeting Friday.

The resolutions called on the university’s administration to provide support to graduate students who are COVID-19 caregivers, new parents, early exiters from their programs and more.

Here’s a breakdown of each resolution.

Accommodate graduate students who are caregivers during COVID-19

The resolution recommends that this university’s administrators grant reasonable accommodations for graduate students who are caregivers amid the pandemic. For example, supervisors would not be able to require students who are caring for others during COVID-19 to report in person to work or school.

This resolution passed unanimously, with all graduate student representatives in virtual attendance voting in favor of recommending this resolution to this university’s administrators.

The resolution recommends that this university accommodate graduate students with more than six weeks of maternity leave if students have a medical necessity for it.

“For example, if you undergo a C-section, they recommend eight weeks leave — medically — for you, which is just one example of a medical need or complication that might require more than six weeks,” said Gabrielle Wy, a criminology and criminal justice graduate student and GSG representative.
This university currently allows up to six weeks of maternity leave for graduate students, up to 12 weeks for staff and a minimum of 12 weeks for faculty, Wy said.

This university has largely wanted to keep this maternity leave restricted to six weeks for graduate students and to leave this policy vague, Wy added, whereas other universities explicitly state they will accommodate students with extended leave for medical reasons.

The maternity leave policies at this university are vague to create “the flexibility for compassion and reasonable accommodations” for each individual’s situation, said Scott Roberts, the graduate school’s former assistant dean, to The Diamondback last year.

The resolution passed with 96 percent in favor — 22 representatives voting in favor, and one representative abstained from voting.

Collect data from graduate students who leave their programs early

This resolution would apply to students who begin a doctorate program at this university but leave early with a master’s degree instead, students who leave their graduate program at all or students who change research advisers, said Kelsey Dutta, an electrical engineering doctoral student and GSG representative.

Qualitative data would capture nuances of what went wrong in the program, and it would build up a track record of professors who burn through graduate students, Dutta said.

This resolution passed with 89 percent in favor — 20 representatives voted in favor, and two abstained from voting.

This resolution recommends that the graduate school keep track of the statements of mutual expectations that graduate students fill out with their departments or advisers. These statements set standards and expectations for advisee-adviser relationships.

The statements are a way for graduate students to set work hours, how they will be contacted, expectations of co-authorship, funding at conferences and more, said Autumn Perkey, a government and politics doctoral student and the GSG vice president of legislative affairs.

“I’ve received feedback from some of our groups that they were not getting done, or they were getting done in a manner that they were being told to just sign them, or — if you’re like my department … they were only being filled out by 20 percent of grad assistants,” Perkey said.

“This is a major problem because we do not have collective bargaining rights — even though we’re advocating for them — and we need a way to verify that we are being treated in a manner we expect, as well as having the expectation set at what we will work,” Perkey added.

This resolution passed with 87 percent in favor — 20 representatives voted in favor, one voted against and two abstained from voting.

This resolution requests graduate programs to explicitly state that students can negotiate funding packages to account for their moving and relocation expenses.

“Some departments are willing to do that, but it’s not always evident to students,” Wy said.

“This resolution is specifically about providing funding for domestic students to relocate,” said Laura McBride, an atmospheric chemistry and climatology doctoral student and GSG representative. “We already passed a resolution supporting relocation funding for international students.”

The new resolution passed with 87 percent in favor — 20 representatives voted in favor, and three abstained from voting.