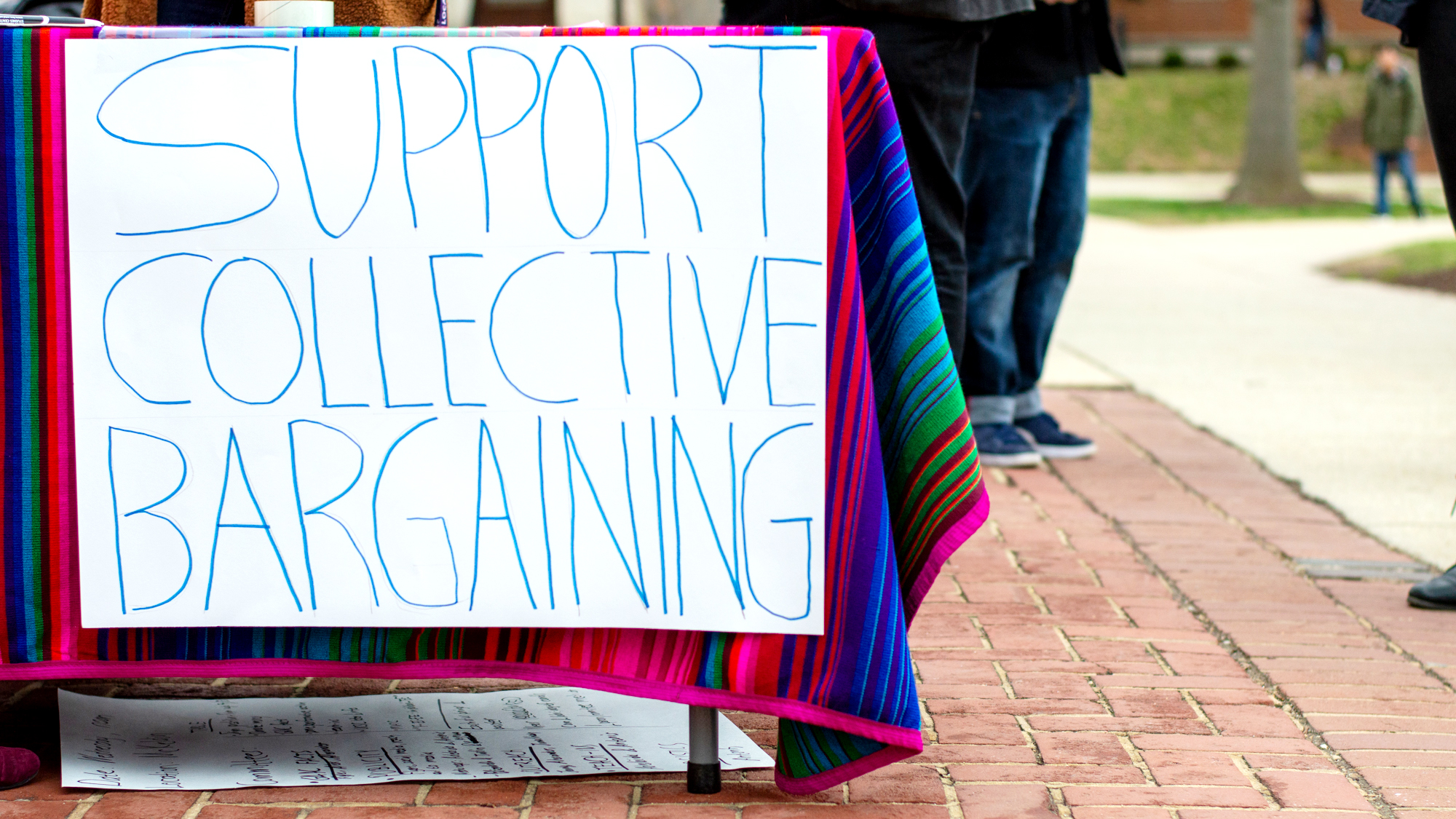 Members of the University of Maryland community faced off against university administrators during a virtual hearing in the state legislature Thursday concerning a bill that would give graduate students the right to collective bargaining.

Collective bargaining would enable graduate students to unionize and negotiate working conditions such as hours, pay and leave with their employers at public universities in Maryland, such as this university.

Sen. Benjamin Kramer (D-Montgomery) introduced the bill and said committee members were provided with written testimonies from dozens of people in favor of it. Additionally, hundreds of people had signed a petition in support of the legislation, he said.

“Out of respect for the time of this committee, we have very much limited the oral testimony that you will hear today,” Kramer said. “But this committee could have been filled with hundreds of people signing up in support, and I hope that is not lost on the committee.”

Simon Sheaff, a government and politics doctoral student at this university, was one of two people who gave an oral testimony in support of the bill.

With the benefits collective bargaining has to offer in terms of bettering the workplace environment — such as family leave, enforceable contracts and more — Sheaff was left confused on the university’s stance against it.

“Why does the university fear this idea so much?” said Sheaff, vice president of government relations for Fearless Student Employees, a graduate worker group fighting for collective bargaining rights.

Karin Rosemblatt, a history professor at this university and vice president of the campus’s chapter of the American Association of University Professors, also testified in support of the bill.

“If the current system [was] working, our graduate assistants would not be living and working in poverty,” Rosemblatt said. “Their stipends are not enough to pay for rent and groceries in our region … many, many work more hours than stipulated in their contracts.”

Rosemblatt said she has spent hours counseling her students, not about their studies, but about how to talk to their supervisors about the unreasonable demands that are placed on them.

“As a faculty member, I’m also very concerned about the effects that our workload and low stipends have on our ability to recruit and retain the best graduate students,” she added.“A union would give graduate assistants the independent voice they need to advocate for better pay and better work conditions.”

Rosemblatt, Sheaff and Kramer all reminded the committee that the bill would not create a collective bargaining unit or union. It would only give graduate workers the choice to form one — a choice they do not currently have under Maryland law.

Similar collective bargaining bills for graduate workers have been introduced and killed in the Maryland legislature at least eight times in the last 20 years.

There were others attending the hearing — such as this university’s graduate school Dean Steve Fetter and Provost Jennifer King Rice — who testified against it. The University System of Maryland’s vice chancellor for government relations Patrick Hogan and Towson University’s interim dean David Ownby were also in opposition of the bill.

Graduate student stipends are exempt from payroll taxes, and tuition benefit is exempt from income tax, Fetter said. The stipend also doesn’t depend on prior training or experience, he added, and all graduate assistants get the same amount, regardless of their performance.

“The [graduate assistantship] stipend isn’t a salary. It isn’t compensation for work performed,” Fetter said. “It’s financial assistance to help cover the cost of the degree.”

Rice defended the university’s stance further, saying the university raised minimum stipends by 37 percent since July 2018, and the average stipend is now over $23,000.

The stipend compensates for 20 hours per week, nine months a year, and it includes free tuition along with the same health insurance available to faculty and staff, Rice added.

“The bottom line is that graduate assistantships are an essential part of the learning experience for many of our students. And we’re working to make that a positive and a rewarding component of their education,” Rice said, ending her testimony against the collective bargaining bill.

“An assistantship … is part of a student’s education. It’s not employment,” Fetter said.

Those who testified against the bill are expected to send official documents to the Senate Finance Committee for review. The documents should explain the universities’ expectations and the benefits of a graduate assistantship to students who are offered one.

If the committee votes favorably on the bill, it will advance to the Senate floor for consideration. The bill would need to pass with approval through the Maryland Senate, House of Delegates and governor in order to become law.

“I know you’re frustrated at this coming up year after year, and so are we. And we’d like to make some progress toward whatever is reasonable,” said chair of the Senate Finance Committee Sen. Delores Kelley (D-Baltimore County).