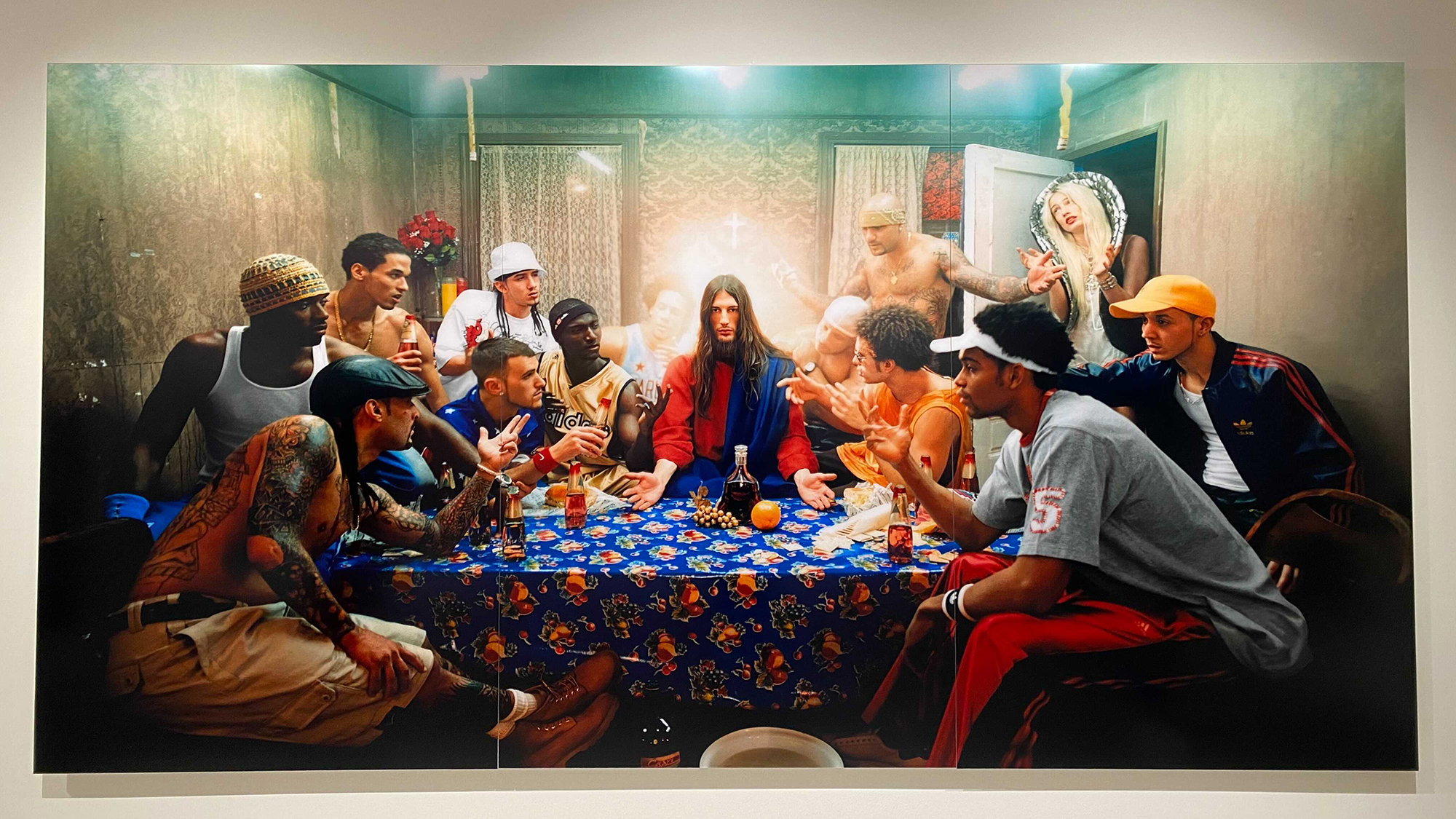 Down a narrow side street in the Gothic Quarter of Barcelona, scarlet red, heart shaped balloons float in place with their strings anchored into the cobblestone road.

The balloons not only mark the entrance to the Moco Museum Barcelona, a boutique museum of iconic modern and contemporary works, but also what I believe is a reference to a famous art piece — “Girl with Balloon” — from one of the museum’s featured street-artists, Banksy.

Following in the footsteps of its predecessor, the Moco Museum in Amsterdam, this 4-month-old art gallery in Barcelona is home to a heavy lineup of world renown artists, such as Andy Warhol, Jean-Michel Basquiat and Keith Haring, according to its website.

This gallery is unrivaled by any other contemporary art exhibition I’ve visited in the city, but I couldn’t help but wish for more. As someone who doesn’t like to rush a museum tour, I underestimated the “boutique” part of the museum’s description.

Aimed at captivating a wide audience with its ironic commentary on modern society, according to the museum’s website, the experience was a true eye-opener. But, unlike other museums, where it’s easy to skip the artist summaries that explain the artwork, these little blurbs elevated the meaning of each piece beyond what most people could imagine.

More specifically, the subversive art collection masterfully evokes a greater sense of community through its diverse expression of underrepresented perspectives in modern society.

One exhibition piece that was particularly memorable for this reason was David LaChapelle’s “Last Supper.” This chromogenic piece from the 2003 “Jesus is My Homeboy” collection depicts Jesus and his apostles but with a 21st century twist.

The portrait depicts what the museum calls a group of modern social misfits dressed in sweatpants, beanies and sports jerseys surrounding Jesus. This humorous integration of Jesus into a group of “misfits” illustrates that even people who are stigmatized are worthy of Christ’s teachings, according to the museum.

Through this collection, LaChapelle wanted to “rescue the teachings of Christ” from fundamentalists, according to the museum, and to uplift Christ’s word rather than persecute those with different lifestyles.

One piece from the popular British street artist Banksy serves a similar purpose. “Forgive Us Our Trespassing” depicts a church scribbled with colorful graffiti. Mimicking the beauty of a vibrant stained glass window, the graffitied church symbolizes how street art is largely rooted in trespassing, according to the museum.

Based on an excerpt from the King James Bible, the artwork’s potent imagery illustrates Banksy’s deep confliction about being a graffiti artist, according to Sotheby’s, a multinational fine arts brokerage.

“By asking for forgiveness, Banksy acknowledges the concerns of those who see his work as vandalism, but seems to convey that he ultimately means well, asking for understanding,” according to Sotheby’s article.

As someone who has always seen the beauty of more complex street art but never truly understood the purpose behind less intricate graffiti, this piece gave me a new perspective to street art. Trespassing is a way to ensure that a message is seen outside a person’s usual means of expression. It stands out because it’s placed somewhere it doesn’t belong. And, it’s how to be heard in a world that can seem like it’s not listening.

The last piece that I recommend visiting is Guillermo Lorca’s “La curandera (The Healer).” Merging magic with realism to create dream-like and dramatic narratives, Lorca shifts the fragile power dynamics between nature and humankind.

The large-scale oil painting casts a young Victorian-dressed girl in a window pane room surrounded by oversized dogs and smashed fruit. A black jaguar lingers on a tree branch outside the window, peering in as the girl seemingly helps a crying gorilla. Standing atop a clothed table and plunging its fists into the ill placed fruit, sweat violently pours down the gorilla as it wails in pain.

Although a bit haunting at first, the beauty of compassion is captured in this piece as humans and animals alike are equal.

The Moco Museum Barcelona was a fairytale-like escape from reality that pulled you away from modern society just enough to help you see it in a new way. While I’m not sure how the original museum in Amsterdam can top this subversive art collection, I’d advise anyone visiting either city to spend an hour in a Moco Museum and gain a new social perspective.