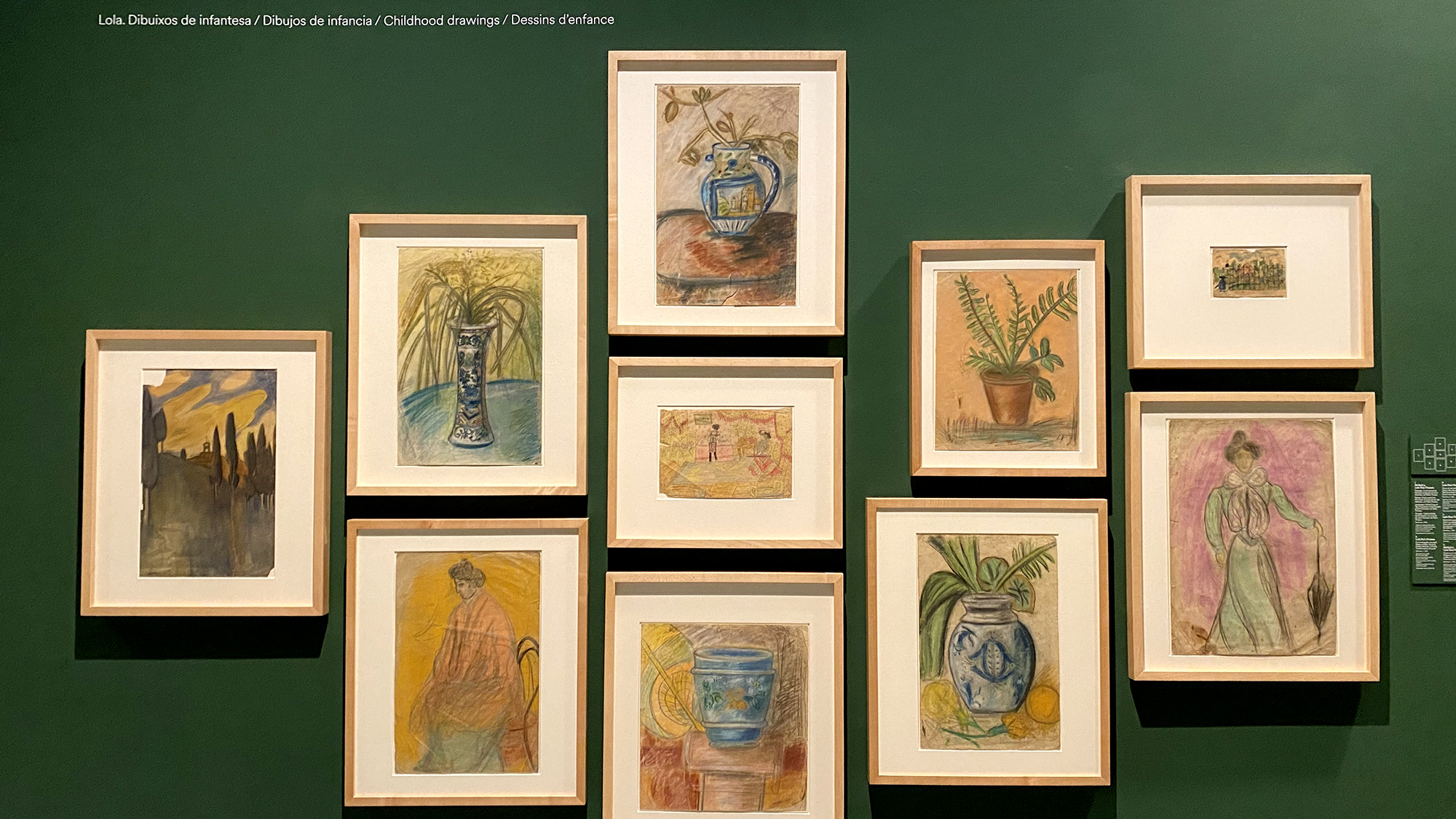 Dark brown, almost black hair is fastened into a bun without a single strand out of place. Brush strokes contour the young woman’s face, dotting her somber cocoa-colored eye with a small ivory pupil.

Only half of Lola Ruiz Picasso’s face appears on the small canvas hung up inside the Picasso Museum in Barcelona, Spain. The painting is displayed as part of the museum’s temporary exhibition about Lola. An artist in her own right, Lola is better known as the muse for her younger brother, Pablo Picasso, in his earlier work.

The exhibition pays homage to Lola’s dedication in preserving her brother’s artwork, according to the museum’s website. Individual portraits of Lola, on the other hand, encapsulate the lifelong bond between the siblings.

Pablo began to paint his sister when he was 13 years old, a year before his family moved to Barcelona, according to the exhibition. She remained the icon of the artist for most of the following decade. Portraits of Lola are among some of the richest imagery in the artist’s oeuvre.

Intense brush marks — a staple of Pablo’s earlier work — line the backgrounds in many of his family portraits. Lola, the primary woman model for her brother, is captured the most among his family members, according to the exhibition.

[Review: Where is the plot twist in ‘Brazen’?]

Paintings and drawings depict Lola in both monumental and mundane chapters of her life. Pablo portrayed his sister’s first communion, casting the ceremony on a grand canvas with thin matte layers, blood red hues and acute details. Yet he also captured the banal beauty of Lola reading a book or resting her eyes. In these portraits, dry bristles parted the paint, deepening the definition of her surroundings.

In “Lola, the Artist’s Sister,” Pablo painted his sister reposed against a wall, nearly blending into her background. The paint is layered and the colors bleed into one another, blurring the strict lines of reality.

Although only a temporary exhibition, this tribute to Lola introduces Pablo’s original muse to the world, as well as his unrelenting attempts to capture her existence. However, one would be remiss to skip over Lola’s artwork.

The exhibition also included 10 of Lola’s drawings, all of which executed a degree of skill that seems unlikely to come from the then adolescent artist. No bigger than a piece of construction paper, these brightly colored pieces perfectly combine her age appropriate childish scribbles with detailed patterns and a mature sense of abstractism. Often reusing discarded supplies from her brother or father, according to the exhibition, Lola curated portraits of women, vases and house plants and a countryside landscape.

In a family of artists, preservation of artwork was a high priority. When Pablo moved out of the family home in Barcelona to relocate to Paris, these works remained with his family under the safeguard of his mother, according to the exhibition.

After their mother died in 1938, Lola became the “keeper of the treasure” according to the exhibition.

“Our mother held out — she believed the paintings were more important than anything else — father held out and our stomachs held out,” Lola’s children recalled in 1982, according to the exhibition.

After Lola’s death in 1958, her children continued to preserve the works until Pablo gifted them to the city of Barcelona in 1970, according to the exhibition. Among these works were those that Lola protected.

Pablo portrayed his sister in oils, pen, pastels and watercolors, and he created his work in sketch pads and on varying canvas sizes. While Lola may be unknown to most of the world, her prevalence in the famed artist’s earlier work cannot be missed.