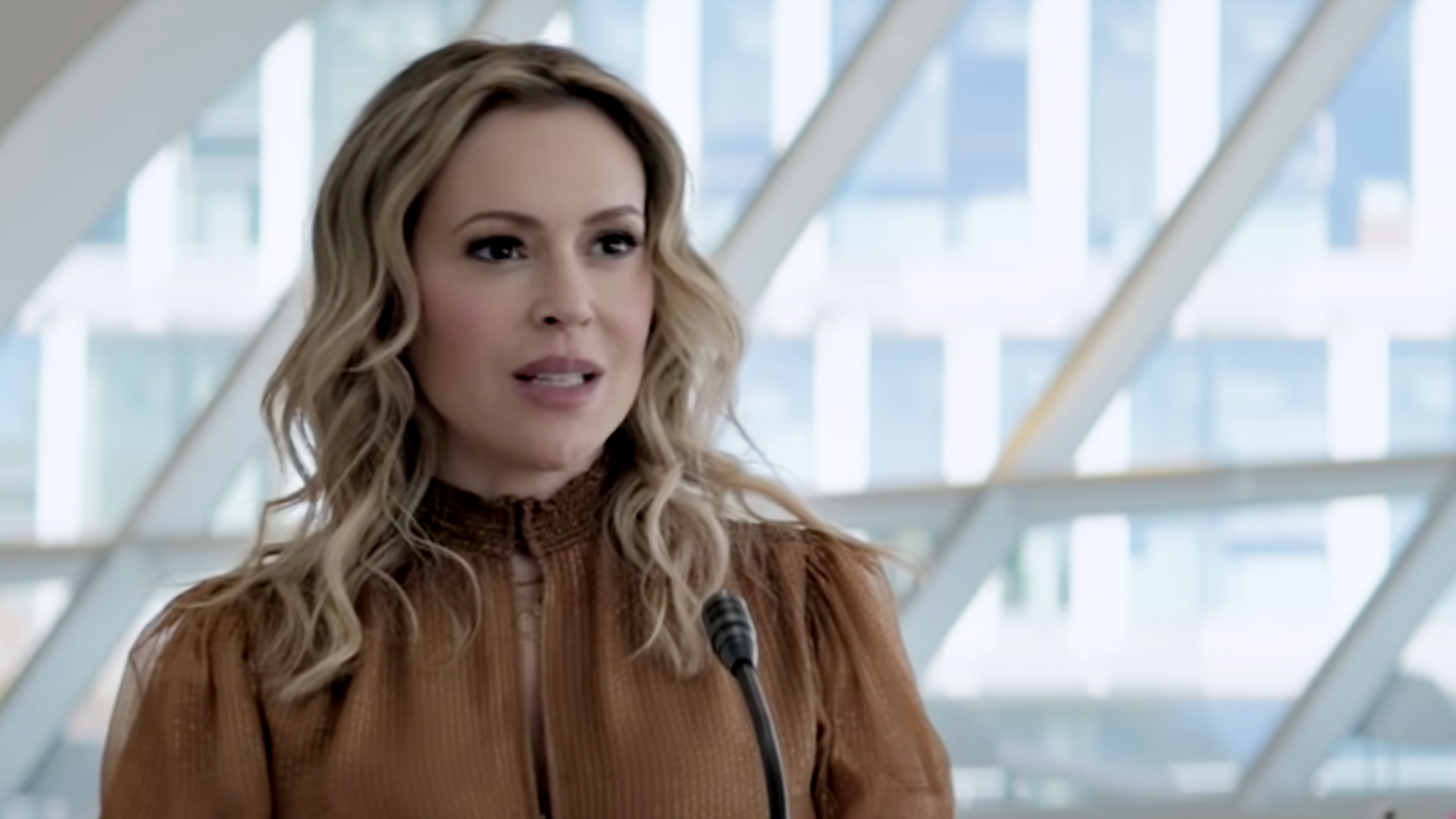 Brazen, which premiered Thursday on Netflix, promised a suspenseful murder mystery with drama and intrigue.

I haven’t had the chance to read the book, but some of the movie’s themes showed potential. I plan to read it now to see if it measures up. But unfortunately, the overall film execution was too mechanical and predictable.

In Brazen, Grace Miller, played by Alyssa Milano, is a megastar novelist that writes a lot about murder, especially femicide. One of her stories turns into reality when her sister Kathleen Emilie Ullerup is murdered.

I appreciate the concept of a strong female role where she isn’t waiting for a knight in shining armor to save her. I liked that Grace is still portrayed as strong while also showing scenes where she is struggling. Someone who is strong isn’t necessarily never phased by adversity but is able to summon sources of strength despite struggles.

However, the romance between her and the detective was too intense and unoriginal to the point that it didn’t really add to the direction of the movie. He was already telling Grace: “If anything happened to you, I would lose my mind.” Why would he feel that way after knowing her for maybe a week at most?

I must admit, the detective is handsome and charming. I just wish Grace and Ed’s relationship had more nuance and didn’t take too much attention away from the plot. I feel like I learned more about their puppy-love relationship than about the system of Fantasy Inc. and how it’s related to the murder.

The dialogues also seemed too scripted. The way the captain was so easily convinced that Grace could be on the case despite a strong conflict of interest was a cliche.

For some reason, I was still engaged. There were more compelling sub-plots, such as Kathleen’s custody battle for her son and the complicated relationships of her students with their parents that were interesting and added depth to the story.

Suspense-wise nothing shocked me. There wasn’t any part of the movie where I was particularly bored, but everything seemed predictable.

Without any spoilers, there were definitely moments similar to bad cliche horror film moments, like when a character checks where a noise is coming from and walks straight into the trap. I am no detective, and I easily predicted who the murderer was way before it was revealed. I wouldn’t say Brazen was a waste of my time, the idea was there. But it didn’t measure up to the insightful thriller I hoped it would be. Rather, I saw it as a semi-mysterious movie that left me craving for a plot twist that never came.