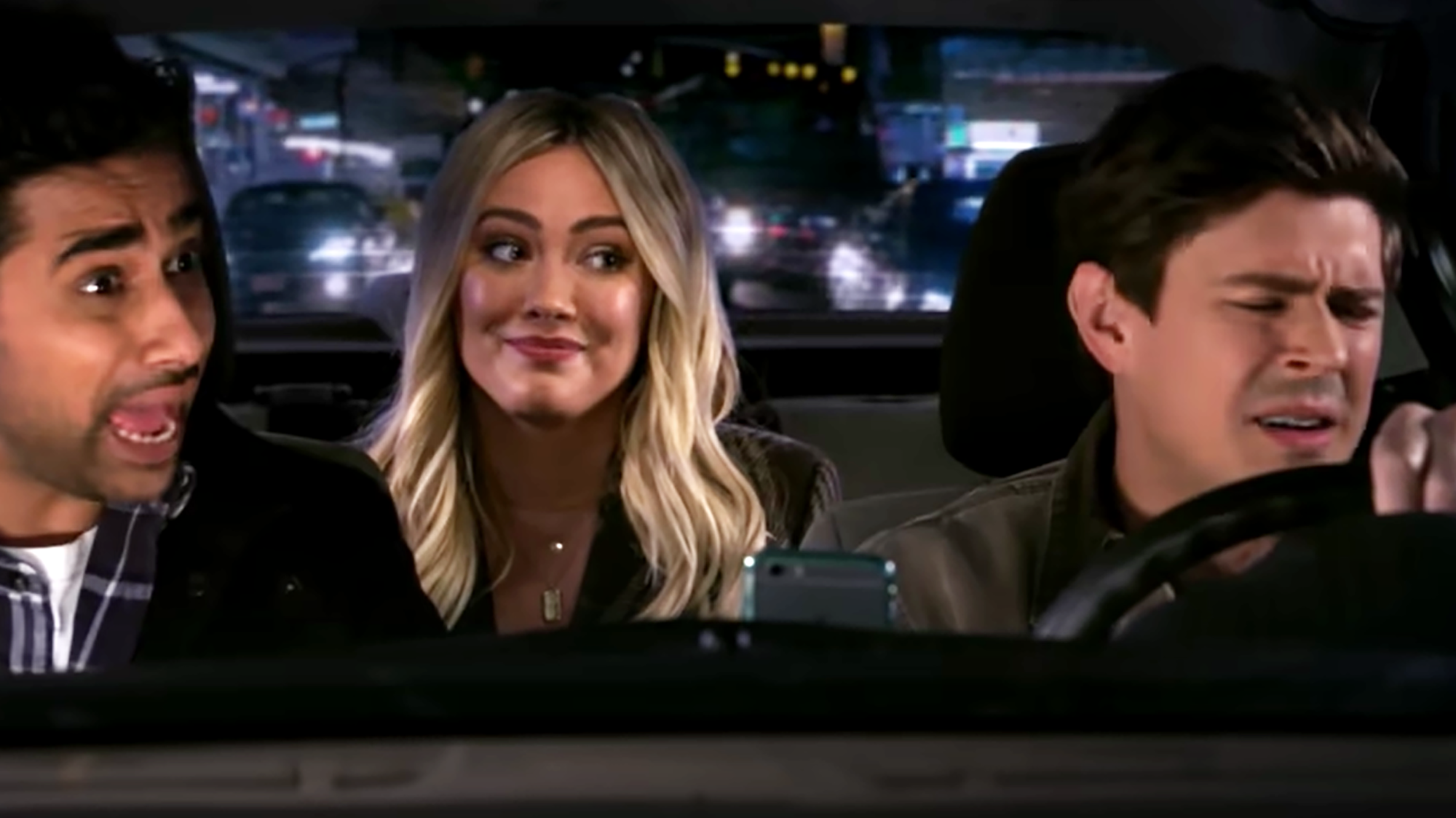 As a fan of the original How I Met Your Mother series, I was nervous, with a dash of naive excitement, at the extension of the universe with the new How I Met Your Father. After the first three episodes, I’m whelmed by the spinoff.

The pilot was released Jan. 18 and two more episodes have come out since, exclusively on Hulu. In the pilot, fans of HIMYM were rewarded for sitting through the stilted dialogue and flat jokes with a grand reveal of the original apartment set, complete with the obnoxiously pointed out wall swords, which HIMYF is sure to point out as if the audience needs to be guided to their own nostalgia.

Up to that point, the pilot dedicates itself to exposition and introductions — not introductions to the audience, but between characters. Sophie, played by Hilary Duff, and her roommate Valentina, played by Francia Raisa, along with Valentina’s aloof, newly-broke trust fund boyfriend Charlie, played by Tom Ainsley, are perfect strangers to the rest of the gang. Despite this, Sophie’s first appearance with Sid, played by Suraj Sharma, and Jesse, played by Christopher Lowell, is written as if they know each other and is acted as if they are putting on a play in their parents’ basement.

Whether characters know each other should not be a question the audience has to ask, but HIMYF spends so much time dancing around introducing the two groups that it has the whole gang spend the evening together with no character motivation despite Sophie and Sid both needing to go to the airport.

The narrator, Kim Cattrall portraying a 2050 version of Sophie, narrows down the father to only four options at the end of the pilot. After the many, many failed relationships of Ted Mosby, played by Josh Radnor in HIMYM, cutting the possibilities off so early seems like a disservice. While on the topic of the future Sophie character, she is telling the story to her college age son and tells him she’s had “just enough [wine] to include the sexy bits,” and that is off putting.

Some chemistry starts to develop in the next episodes, but still nowhere near the effortless comradery of HIMYM. Comparing the two is unfair to a sitcom still in its infancy, and so is expecting it to live up to a nine-season goliath of the genre. But HIMYF uses the same universe, same apartment, same formula and basically the same title, which is especially grating if reading HIMYM and HIMYF next to each other is as annoying as writing them. In doing so, they invite the same standards.

In the second installment, Valentina excitedly tells Sophie about a hot new club called FOMO to get over her recent heartbreak, both explaining the episode’s title and reminding me I’d rather be watching old Saturday Night Live Stefon clips.

[Review: ‘Dickinson’ is odd, but it’s worth a watch]

Where HIMYF continues to err is explaining way too much. One of the best gags on HIMYM is Barney Stinson responding to every question about his job with a dismissive “please,” only for the “P.L.E.A.S.E” to be revealed as an acronym after seasons of letting the mystery quietly marinate. Knowing too much about the characters removes any investment in the story. The only character storyline I’m remotely intrigued by is Ellen, played by Tien Tran. She is Jesse’s sister who just moved from Iowa to New York City and is in the middle of a divorce from her former wife. There is brief mention of her having a farm, but most of her development adheres to the “show, don’t tell” adage. Seeing her hit on and get rejected by several women at FOMO is much more interesting and lets the audience get to know her without being told what to think.

HIMYM was a story of a friend group’s intimate microcosm, an entirely white microculture, but there is no reason that HIMYF couldn’t be more representative of the city and reality while also attaining the same intimate focus tied together with in-jokes and good cast chemistry. Maybe that is what the rest of season one is for, but I would be surprised.