Review: ‘Dickinson’ is odd, but it’s worth a watch 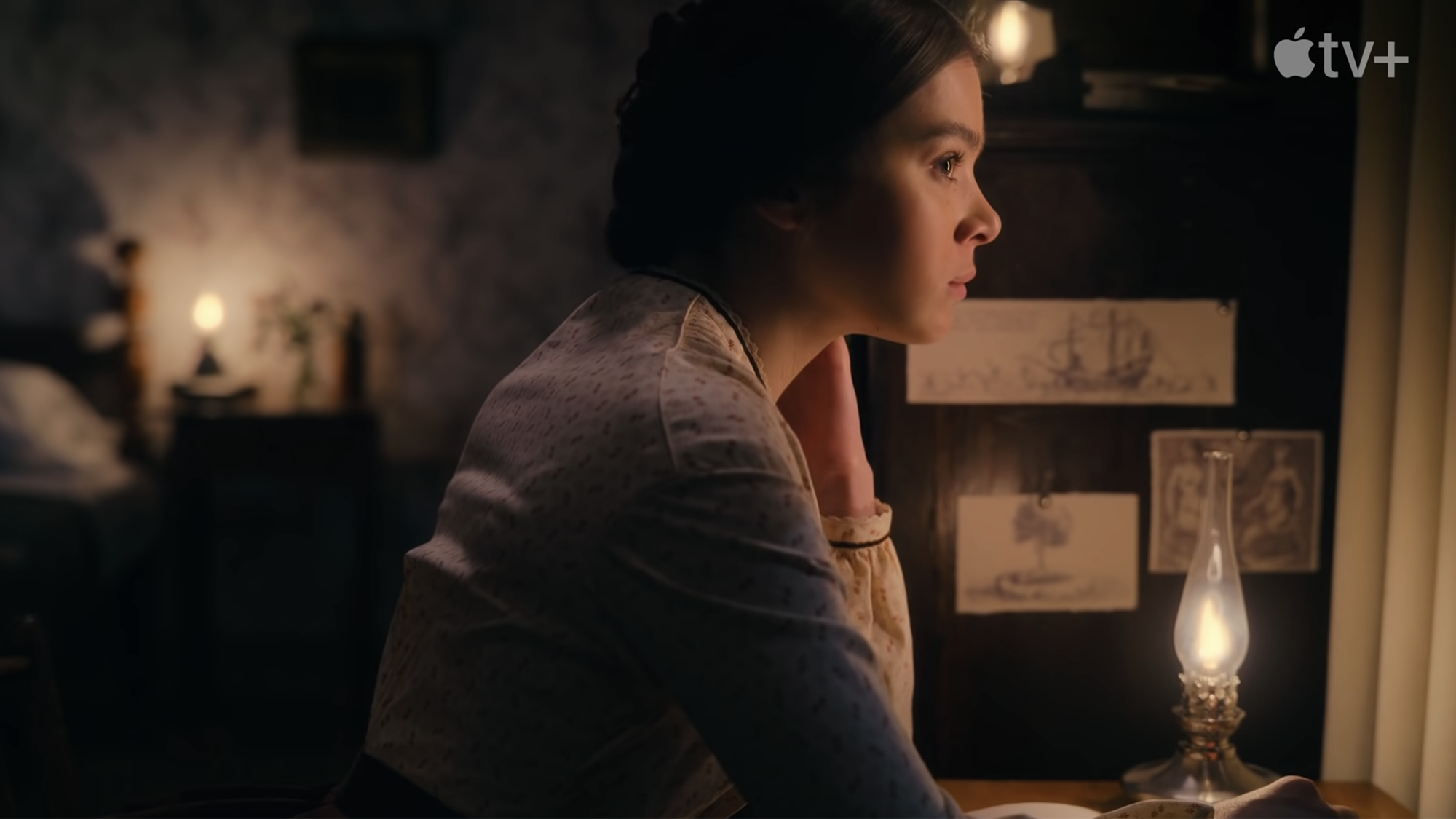 'Dickinson' may be a bit unconventional, but if you focus on the details you might just find yourself hooked. (Screenshot via YouTube)

When I watched the first episode of Dickinson on Apple TV+, I was conflicted.

This coming-of-age comedy series tells the story of the life of famous poet Emily Dickinson. It shows her love of writing, her relationship with her family, her unusual personality and a romance with her best friend Sue. But it was still … odd.

Like the Netflix series Bridgerton, this show combined modern language and music with a set and costumes emulating the 1800s. This style of historical fiction can either land as a fascinating way to bring history into modern culture or can just appear as cringeworthy.

Dickinson falls somewhere in the middle of this spectrum that classifies historical fiction TV series, but something about the show kept me watching.

The first season was released in November 2019. Now in its third season, the show has only strengthened its commitment to being one of the most unique I’ve ever seen. The structure of each episode is almost like a play — which makes sense given that the creator, Alena Smith, got her start in playwriting. It sometimes required me to shed the idea that I’m watching through a screen.

Don’t expect eye-catching special effects or intense drama while watching the show. Rather, if you focus on the concepts presented in each episode and understand Smith was trying to reinvent the famous poet for modern audiences,  you might suddenly find yourself as hooked on the series as I was.

The episode introduces Emily’s friend Death played by Wiz Khalifa. Death is just a figment of her imagination.

The main event that occurs in the episode is when Sue’s last living family member dies, and she announces her marriage to Emily’s brother, Austin. In some ways, this marriage feels like the death of her and Emily’s relationship, which is made clear by the beautiful scene between the two women in the orchard.

The current season takes place during the Civil War. Emily is struggling to figure out if the public would be receptive to her poetry and even has an imaginative run-in with famous poet and journalist Walt Whitman. While the episode is slightly over-dramatized, Whitman ends up giving Emily the advice to “stop trying to understand and just feel” when writing — a piece of advice that nearly all poets and writers should follow.

This season also highlights Emily’s correspondence with Thomas Wentworth Higginson, a feminist and abolitionist who wrote for The Atlantic. This historically accurate interaction shows Emily’s expansion from writing her poems on scraps of paper in her bedroom to sharing them with prominent figures in literature.

In a way, the audience grows with Emily this season, something I have enjoyed watching. As a writer myself, who used to scribble stories and poems on scraps of paper in my own childhood bedroom, watching Emily take these steps to become published is a relatable experience.

Smith also intentionally created Dickinson as a feminist series. Throughout all three seasons, Emily continuously tries to break the gender norms of the time. She attempts to attend a college course on volcanoes with Sue, refuses to pursue any suitors as her mother tries to marry her off and challenges her father’s old-fashioned views on “a woman’s proper place.”

In the show’s most recent episode, “My Life had stood – a Loaded Gun -,” we finally see Emily stand up to her father after he requires her help writing his will and ultimately leaves everything to Austin.

“You have no power to change anything because you have no imagination,” she says to him in an emotionally turbulent scene.

This show looks at Dickinson through a modern lens, a demanding project I think Smith did fantastically. It reinvents the poet’s image of a sad, unmarried, tortured writer who stayed in her father’s house her life and never got her poems published. Smith created an image of Emily as a strong feminist writer who pushed back on gender norms, a queer woman who loved Sue deeply.

When reading Dickinson’s poetry, I personally never saw her as tortured or depressed. She writes about love, hope and occasionally about a beetle or a bluejay. This series confirmed I was not the only one who saw a strong woman stuck in an unforgiving time period when I explored her poetry.

The show is not a biography of Dickinson’s life. It is a fictional exploration of some of the known facts about Dickinson and the traits and concepts found in her poetry. It also includes references to historical events that happened within Dickinson’s lifetime and cultural norms of the 1800s. It’s exceptionally clear Smith did her research before writing the series, but it’s not a documentary and not meant to be.

If you’re looking for historical accuracy, you may want to look elsewhere. But if you want to see Dickinson’s poetry come to life and explore the writer’s unique personality in a visually pleasing manner, I suggest giving this series a shot.