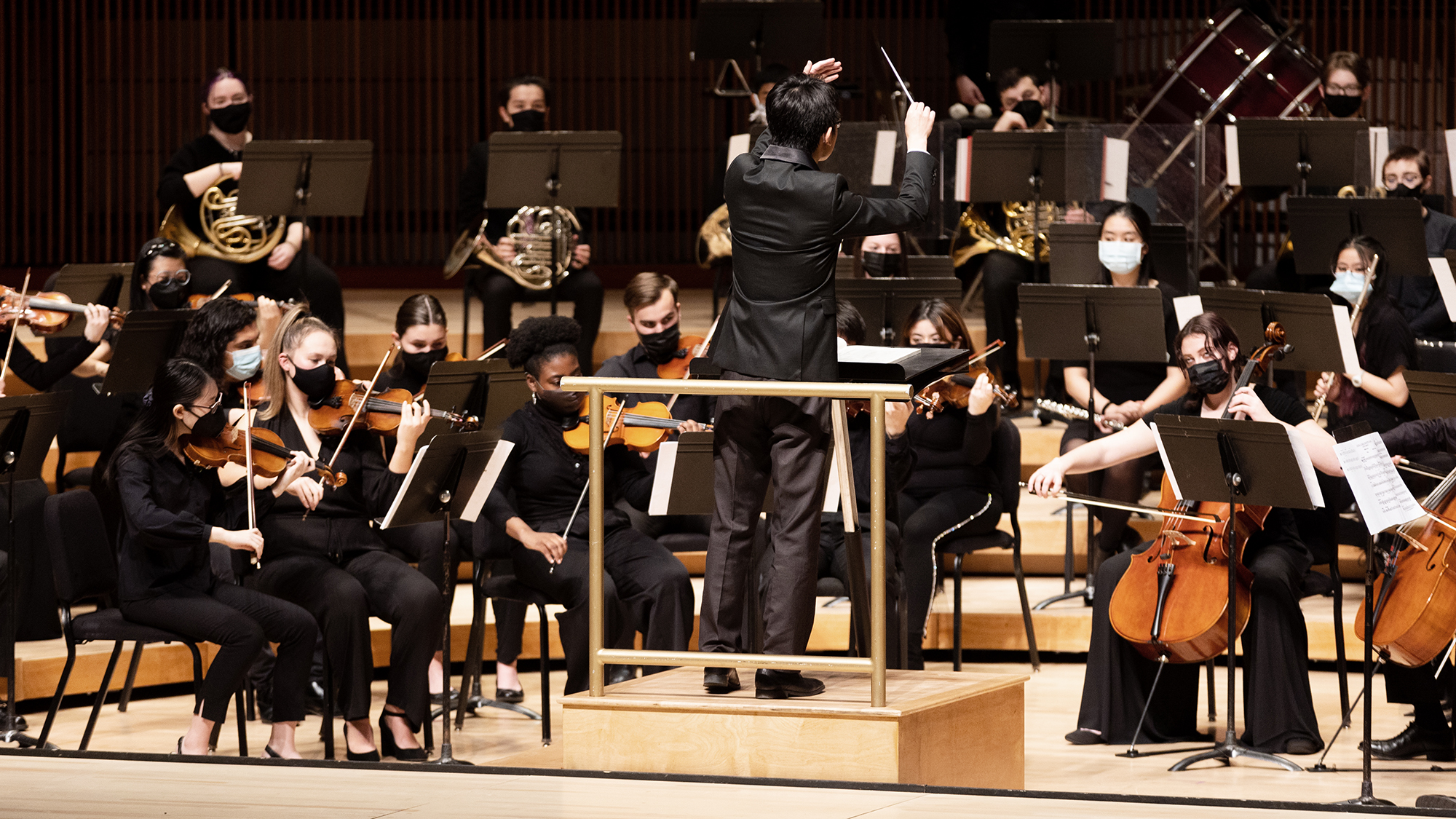 An emotional story, told by a solo cello under the sweet and charming bow, starts in a Sicilian village.

My favorite moments in Cavalleria Rusticana were tutti sections among the orchestra, as winds chimed in with the popping of soft timpani accents.

It was mesmerizing to say the least. The performance was a faithful presentation of its original opera.

Cavalleria Rusticana tells the story of a love affair between two people who are already coupled. When hit with the grief of unrequited love, strings would cry out in agony.

This university’s musicians gloriously told the tale of Lola, Turiddu, Santuzza and Alfio through anguish, grief, emotion and strife. It was an epic love story without words. We were invited to cry and grieve the loss of love and life — a very human experience.

Following Mascagni’s piece was a staple orchestral masterwork — Symphony No. 9 in E minor, “From the New World” by Antonín Dvořák.

In just four movements, we are introduced to the “New World.” Dvořák sets his scene in America, as he wrote this composition in New York City with beautiful, hopeful wind chorales to yearning melodies that only briefly turn sour.

This soaring composition premiered in Carnegie Hall in 1893. It still makes its way to orchestra programs frequently, even over 100 years later.

The first movement foreshadows something ominous. Low strings warn the audience as winds begin to speak through remarkable lyricism — but do not be misled, this is entirely instrumental.

This composition is truly symphonic, rich and inviting with iconic melodies even your younger sibling might recognize.

Dvořák shares his hesitance yet eagerness to explore America. He also shares his yearning for his homeland. Symphony No. 9 beautifully reflects that change can be rewarding but terrifying.

Most notable are the French horn and English horn excerpts in this piece. Brass players know all too well how incredibly demanding Dvořák is.

[Three UMD bands return to The Clarice for Kaleidoscope of Bands]

My favorite section, as a low brass player, is a chorale of winds. Starting off as ominous and leading into a more hopeful perspective, it is the perfect introduction to the wonderful and most recognizable English horn solo.

Symphony No. 9 develops off of what we have deemed as American themes. Dvořák was influenced by styles common in Black music and encouraged its inclusion in American composition. As we know the canon today, it took far longer for the sounds of Black music to reverberate in the concert hall.

I personally enjoyed hearing this university’s Repertoire Orchestra perform Dvořák, as there is so much to unpack in this masterwork.

The orchestra accelerated to finish Dvořák’s thoughts and quickly reached the double bar line. As the musicians wrapped up their final melodies, they bid us farewell with a thinned chord that dissolved into nothing.

It is a sizable composition that fits nicely on any program. Symphony No. 9 is a classic that sits warmly in my heart.