‘The Beatles: Get Back – The Rooftop Concert’ captures classic magic with modern techniques 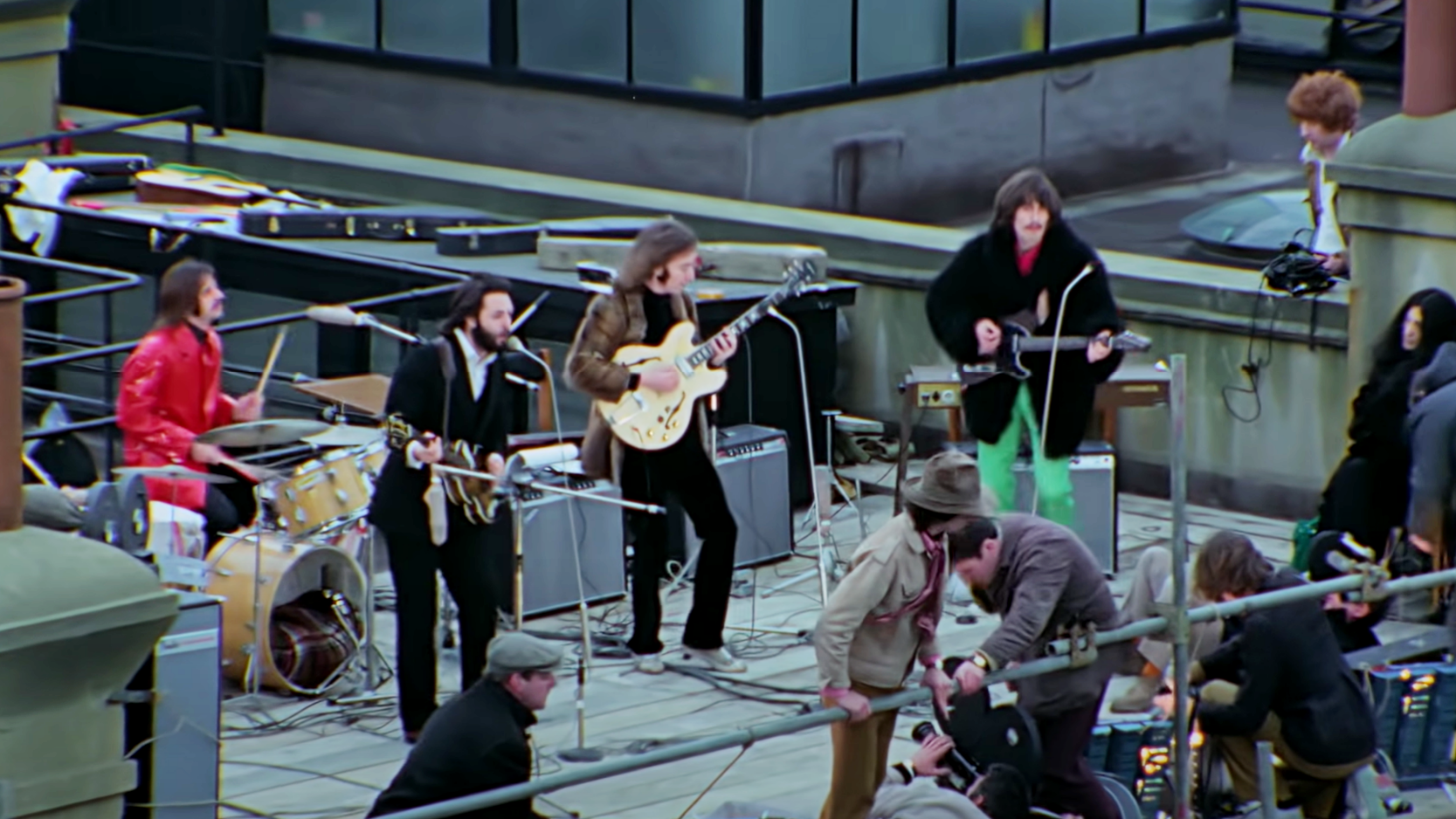 On the 53rd anniversary of The Beatles’ last public performance as a group, the IMAX film The Beatles: Get Back — The Rooftop Concert was shown at nearly 70 movie theaters in North America and one in London on Sunday.

As the film started playing in the AMC Georgetown 14 movie theater, the audience was electric.  The show featured a live Q&A session with The Beatles: Get Back documentary series director, Peter Jackson, followed by the full 45-minute-long concert of The Beatles performing on the roof of Apple Corps headquarters in Savile Row, London. Members of the audience clapped and laughed alongside Jackson’s jokes in the Q&A session, and at The Beatles’ humor during the film.

The screening was on the anniversary of the band’s performance from Jan. 30, 1969, their last before the group broke up later the next year. Three of the performances from this concert (“I’ve Got a Feeling,” “Dig a Pony,”and “One After 909”) made it onto the original Let It Be album.

The footage for the film was taken from The Beatles: Get Back documentary series, which debuted on Disney+ on Nov. 25, 2021. It featured almost eight hours of edited footage that started off as 60 hours of film that had been locked up for 50 years. The three-part documentary series chronicled The Beatles’ journey from recording sessions to their final public performance, and the conflict along the way.

Jackson addressed the documentary in the Q&A session, and his process for editing and restoring the footage. He said he aimed to take away as much fuzziness as possible from the 60 mm film, and he edited it to feel modern because he did want audiences to think they were watching an old film. He also said he tried to sharpen out-of-focus shots as much as possible, but still included them for their historical value.

Jackson also asked record producer Giles Martin to help in editing the audio for IMAX theaters for the film.

The film restoration made the old footage look crystal clear on IMAX screens, and the surround sound helped it feel like it was a live concert, not one that happened half a century ago. Although the footage can be seen in the last part of the documentary on Disney+, the IMAX experience felt like watching it for the very first time again.

The footage showed the personality of each of The Beatles in a nutshell. Paul McCartney looked impenetrable to the cold as if he could continue playing for hours on the roof. John Lennon cracked jokes at the end of each take. George Harrison hit every guitar solo with the utmost precision and wore one of his iconic outfits. Ringo Starr smiled and shook his hair as he drummed his heart out.

The film also showed the historical context of the time. A couple of cameras covered the concert from the street, interviewing passersby on their thoughts of The Beatles’ performance. The decade’s architecture, outfits and technology displayed on the big screen allowed audiences to dive in and picture life in late 1960s London.

The original footage was taken by director Michael Lindsay-Hogg at the time, for The Beatles’ next motion picture, Let It Be. Following the release of the 2021 documentary and film, Lindsay-Hogg is expected to rerelease the original documentary on DVD. It was unavailable for in-home video after the early 1980s, one of the reasons the newly edited footage’s release was so popular.

Although the film was a special one-day-only IMAX theater screening, audiences can watch the footage from the original The Beatles: Get Back documentary, or listen to the concert soundtrack, which was released from streaming on Jan. 28.