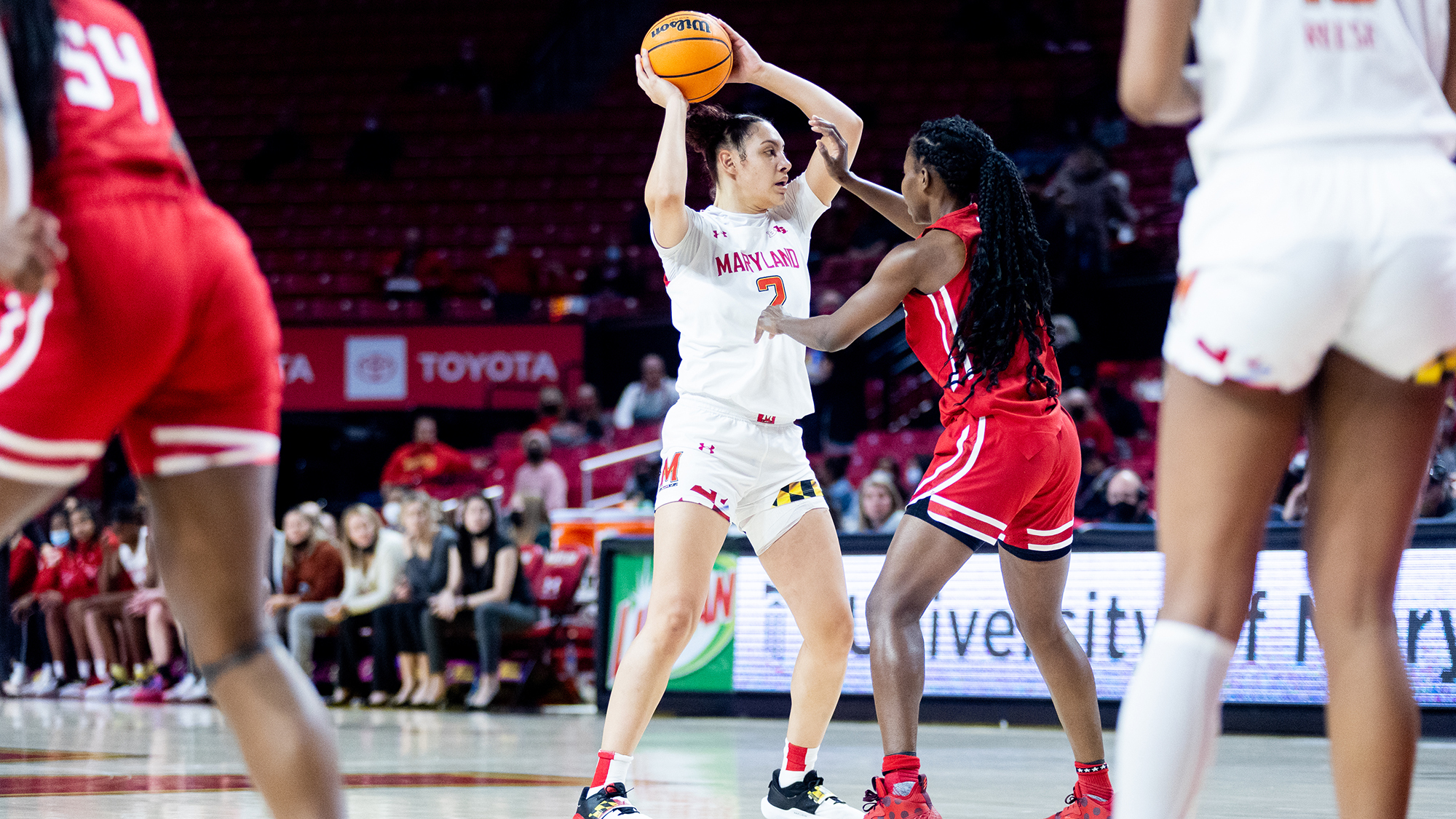 Mimi Collins snuck between a pair of Penn State players and snagged a rebound from them. But one recovered to strip her layup attempt and send it to the floor.

Collins caught the ball off one bounce and was entangled in a crowd of Nittany Lions before gaining her bearings, turning, and firing a mid-range jump shot that dropped in.

She scored in double-figures for the first time since Dec. 8 in Maryland’s 82-71 road victory over Penn State on Sunday afternoon. Collins clocked 14 points and secured four rebounds in the bright spot in an otherwise frustrating season for her — she’s battled nagging groin and toe injuries, ailments that haven’t subsided as the year’s gone on.

“The crazy thing about it, I felt it more than ever,” Collins said.

The injuries have especially hurt the forward’s shooting stroke, as her usually solid jump shot has faltered. Since the Dec. 8 game where she scored 12 points, she’s gone 20-of-58, a 34 percent shooting percentage, likely due to the injury’s effects.

“I know I haven’t had a lot of elevation on my shot,” Collins said. “But having the shot just go in and see it go in… for the past two months that I’ve been hurt my teammates have put a lot of confidence in me letting me shoot it, and it just decided to go in today..”

But she powered through, never complaining, even when she physically couldn’t play to the level she and her team expect her to play at.

“It hasn’t been an easy road for her and I’m proud that she hasn’t lost her confidence through it,” coach Brenda Frese said. “Dating back to some of those games when she hasn’t been quite herself, you lose some of your confidence when you’re not able to play to the 100 percent with the level you want.”

Her confidence wasn’t lost, and Collins remained ready to use her offensive skill against Penn State. The Nittany Lions came out in a passive 2-3 zone that left the middle of the floor wide-open and allowed the Terps to use the same move on repeat.

Collins caught the ball at the free-throw line with a defense that had no interest in crowding her, particularly early in the game. She scored 10 of her 14 points in the first half, stepping confidently into shots with a defender parked under the rim.

“We just talked a lot about how [the middle of the floor] was wide open. So once you get in the middle, you can see the whole floor, you skip it, you can shoot your own shot,” Collins said. “And they were just backing off for, I don’t know what reason.. But I mean, I was just making a lot of shots.”

Collins has had to make sacrifices throughout the season. She is the first player tasked with stepping into the starting lineup when a frontcourt player is unavailable. She was also the first one yanked out. Collins wasn’t supposed to start at the beginning of this season after Angel Reese’s return, but she did when Diamond Miller fell injured. Upon Miller’s return, she was relegated back to the bench.

Through it all she hasn’t complained. After the game, Frese told Collins that she was proud of her.

“Her toughness is unbelievable to watch and she’s never complained about [her injury], all she’s continued to do is get in and rehab and not make excuses,” Frese said. “I thought today she was just locked in with a 100 percent effort and a mindset that she wasn’t going to be denied.”