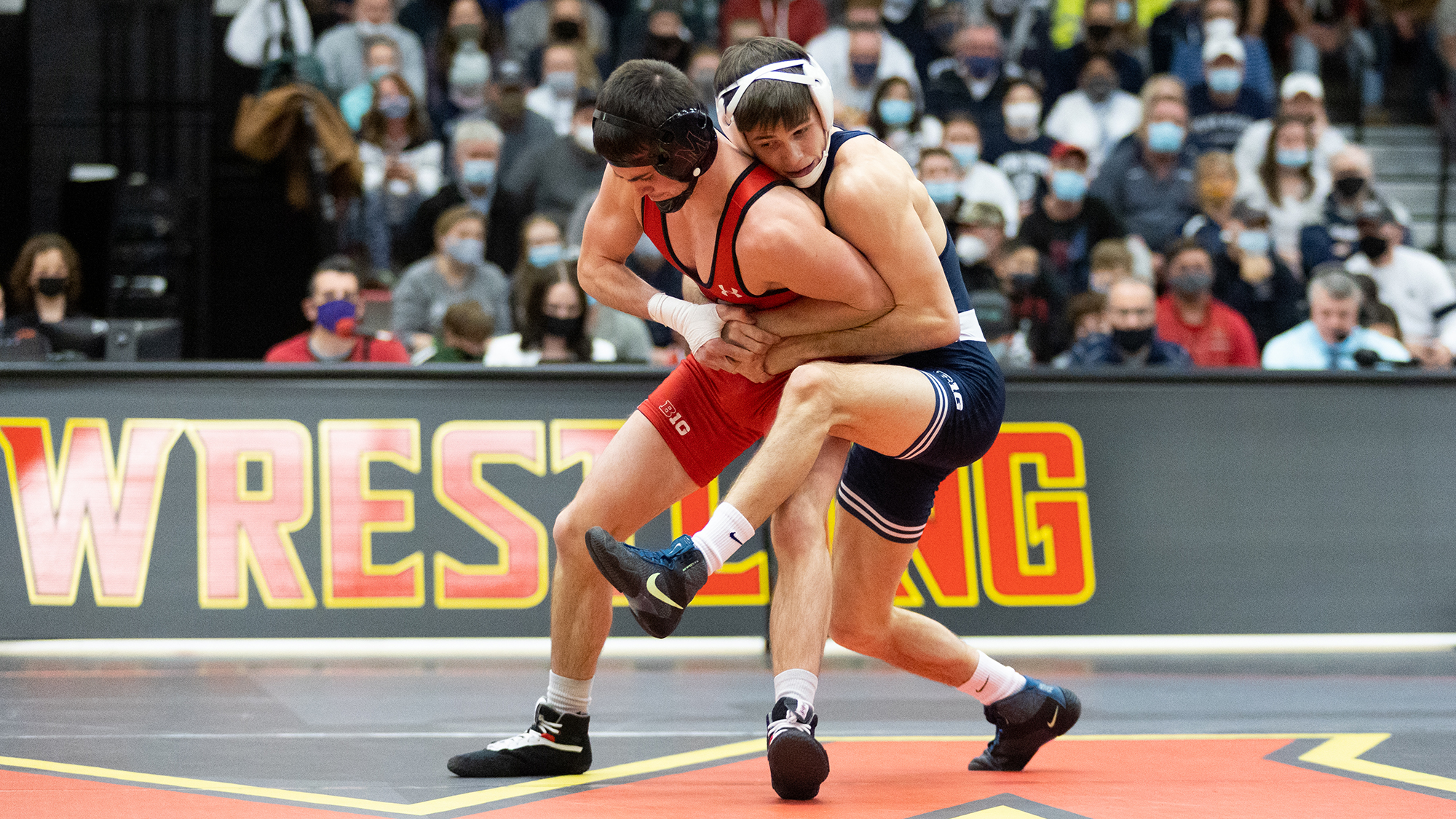 Maryland wrestling has had issues at the 125 weight class this season: The Terps have competed in 12 dual meets and have not gotten one win out of their two 125-pound wrestlers.

Zach Spence sports a 0-11 record on the season, and Tommy Capul, who briefly took over for Spence in the lineup moving down a weight class, has a 1-5 record but is 0-3 in duals.

But Spence returned to the lineup against Ohio State and is the projected starter for this weekend’s duals. And the demands of Division I wrestling have been tough on Spence.

“[Spence is] a little outgunned right now,” coach Alex Clemsen said. “He’s got to continue to work hard and get better … but he’s giving us really good effort.”

There is excitement for the future at 125. Braxton Brown could be the answer to the Terps’ woes, but as a redshirt he won’t be able to make an impact until next season as a member of Maryland’s 2021 class ranked eighth, according to InterMat.

But the team is focusing on the present, and no matter whose name has been in the lineup this season, early deficits have been a common theme. Maryland hasn’t won a 125 bout in a dual since February 2020 against George Mason.

Since the season opener against Virginia, Maryland has given up bonus points in 125 bouts, including two forfeits against South Dakota State and Oklahoma.

With No. 10 Wisconsin and No. 4 Michigan coming to College Park this weekend, snapping the winless streak at 125 will be challenging. Whoever the Terps place at 125 will face All-American and No. 8 Eric Barnett and NCAA Champion No. 1 Nick Suriano in a feeling of David vs Goliath.

[King Sandoval the only bright spot in Maryland wrestling’s 39-4 loss to No. 6 Ohio State]

Even with the consistent losses at the 125 weight class, the Terps have won five duals this season. But starting behind in every meet isn’t a formula for success for winning conference duals in a league as deep and talented as the Big Ten, despite King Sandoval, No.11 Kyle Cochran and No. 32 Jaron Smith are all wrestling well as Maryland navigates through its conference schedule.

If Maryland wants to pick up that elusive first win in Big Ten play since 2016, it will need a complete team performance across all weight classes. Every wrestler needs to pull through to have success in such an intimidating conference.

“Obviously I want 125 to heavyweight to dominate every single — every single wrestling match but I know there’s some instances where things don’t go guys’ ways,” Cochran said. “I know every single individual on my team is able to get us a win … and I have faith in every single one of my teammates.”